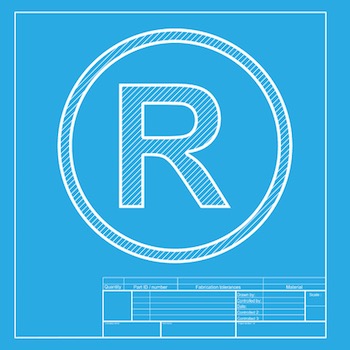 Classic trademarks consist of word or graphic elements, or their two-dimensional combinations. Naturally, they are targeted at one human sense only. Such trademarks can only be perceived by sight. Sight can also help us to perceive non-traditional trademarks such as “color” and shape trademarks. However, apart from sight, man has four other senses: smell, touch, hearing and taste.

These senses can also perceive irritants that may have distinctive characteristics which can be used to promote goods and services.

Therefore, trademarks may be perceived by different senses or by a combination of senses.

It’s important to mention here the reform associated with amendments to the definition of a trademark in the European Union. The EU legislation had long defined a trademark as follows

Any sign capable of being represented graphically, particularly words, including personal names, designs, letters, numerals, the shape of goods or of their packaging, provided that such signs are capable of distinguishing the goods or services of one undertaking from those of other undertakings (Art. 2 of the EU Trademark Directive and Art. 4 of the EU Trademark Regulation).

This definition considerably narrows the opportunity for the appearance of new types of non-traditional trademarks, as it contains the mandatory requirement that they should be “capable of being represented graphically” and mentions only one of the new types of non-traditional trademarks, namely “the shape of goods or of their packaging”. Unfortunately, it is practically impossible to form a graphical representation of trademarks such as sound marks, scent marks and motion marks.

It should be noted, however, that a single musical notation can be played very differently by either a virtuoso musician or, say, an IP lawyer. Elements such as rhythm, volume, style and, finally, emotion cannot be recorded in musical notation.

After all, even shape trademarks represented by a photograph or a drawing are not always capable of reflecting the real essence of the mark. An image shows only one side of the object, and we cannot exactly understand its dimensions, proportions and the elements that may be hidden from our view on the other sides.

But the above-mentioned reform has introduced a broader definition of the trademark:

A trade mark may consist of any signs, in particular words, including personal names, or designs, letters, numerals, colours, the shape of goods or of the packaging of goods, or sounds, provided that such signs are capable of:

(a) distinguishing the goods or services of one undertaking from those of other undertakings; and

(b) being represented on the register in a manner which enables the competent authorities and the public to determine the clear and precise subject matter of the protection afforded to its proprietor.

Thus, it is no longer a mandatory requirement that a trademark should be “capable of being represented graphically”, and therefore, opportunities for the appearance of more new trademarks have been greatly expanded. The definition also includes some new types of trademarks, such as “colors” and “sounds.”

Meanwhile, the legal protection of such trademarks, their registration, fixation and defense are fraught with some problems. In the first article of this series, we will look at shape trademarks.

A shape trademark can be seen and touched. This may be useful for blind people because some marks can be printed in Braille.

Therefore, such trademarks may be in high demand. Even banknotes contain elements that help visually-impaired people identify them.

There is no essential difference in the expert examination procedure for shape trademarks, so long as the expert is provided with the respective models and can examine them from all sides. But the submission of shape trademarks for registration purposes is no trivial matter, because the most accurate representation of a product’s form is only possible when using drawings with all projections, sections and other necessary elements. It is obviously very difficult for the expert to work with all this documentation, and even more so to assess the similarity of two marks.

Even if we provide a number of photographs of a shape trademark from various angles, this may still be insufficient to accurately, or even fully, reproduce the form of the product. A striking example is an optical illusion created by the Japanese mathematician Kokichi Sugihara which was recognized as the best optical illusion at the 2016 Best Illusion of the Year Contest. He demonstrated that the visual shape of an object could be completely altered at the slightest rotation.

When registering shape trademarks, the most proper thing to do is to provide not only their photographic images, but also all relevant detailed drawings. An alternative to drawings could be a standard which accepts video recordings portraying a trademark from different angles. For example, even some mobile telephones have a multiple-angle recording capability, through which the telephone may be used later to get a rotational view of the object and examine it from all sides. I believe that it would be wise to create a similar tool for the purposes of registering shape marks. It makes sense, therefore, to adopt uniform information submission rules for shape trademarks and standard dimensions for a model to be video-recorded.

I think that, apart from the images of a shape trademark, the register could also contain, for example, an image file of the object which can be rotated by a mouse and viewed from different angles.

In the context of shape trademarks, it is important to note that such trademarks should not solely reflect the form created by the natural state of goods. This rule is included in the laws of practically all European countries as one of the grounds for denying registration of a mark. Therefore, a shape trademark may somehow accompany the product for which it is registered, but it can never be this product itself. Thus, the shape of a candy may not be registered as a trademark for the purposes of selling such candies, but the shape of a bottle may be registered as a trademark for the purposes of selling the drinks packaged in such bottles. By the way, bottles are one of the most widespread examples of shape trademarks. 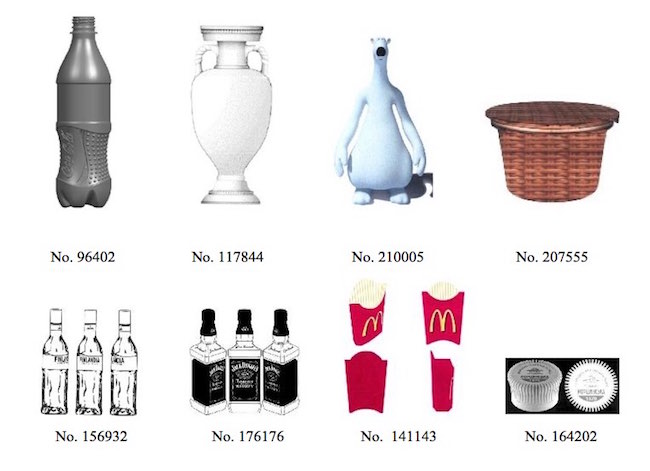 Photos courtesy of the Ukraine Register of Registered Trademarks

In my view, the registration examples given in the second row above, like many others, are rather controversial. On the one hand, such registration is more correct because it provides more comprehensive information about the shape trademark from perspectives other than a single front-side image. On the other hand, however, taking into account that the laws of many countries, including Ukraine, determine the scope of legal protection granted to a trademark based upon the graphical representation of that mark as well as the list of respective goods and services, this rule may be interpreted in respect to the above marks so that protection is granted to a mark representing several identical objects from different perspectives, not a single whole object.

The intermediate form between two-dimensional and shape (three-dimensional) trademarks is a hologram. Below are several examples of hologram trademarks registered in the EU:

Photos courtesy of the Ukraine Register of Registered Trademarks

Amazingly, one German company, Cass Laminierungs GmbH, attempted to trademark the hologram that is a straightforward imitation of the state coat of arms of Ukraine.  The registration of this trademark was denied. 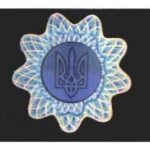 Anastasia Zaitseva is an Associate, IP Specialist in Synergy IP Law Agency. She specializes in IP prosecution in Ukraine and other countries. She is the author of numerous publications on intellectual property rights in [...see more]