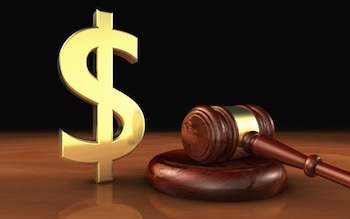 Your boss, the General Counsel, received a letter this morning from an aggressive patent assertion entity. It is one of many such letters the company received this year. The letter accuses your company’s flagship product of patent infringement. You are tasked with addressing this risk and taking steps to avoid a finding of willful patent infringement. Before the US Supreme Court decision this summer in Halo v. Pulse Electronics, you had a standard process for addressing these types of patent assertions; a process that you’ve followed for almost a decade under the Federal Circuit Court of Appeals’ Seagate decision.  Now, after the Supreme Court’s decision in Halo, does your standard procedure need to change, and what steps should you take to reduce the risk of a finding of willful infringement? Should you get an opinion of counsel? Or is it impractical to do so, given the number of letters the company receives and the cost of getting such opinions? In this situation, you have several options, which we will review below. But first, a discussion of Halo‘s impact so far and what conduct courts have considered egregious enough to support an award of enhanced damages.

The In re Seagate Standard

Prior to Halo, the Federal Circuit’s two-part test to determine willful patent infringement (from In re Seagate Tech., LLC, 497 F.3d 1360 (Fed. Cir. 2007)) required that a patentee prove the following by clear and convincing evidence:

If a jury returned a verdict of willful infringement, the ultimate decision whether to enhance damages, and by how much, was within the discretion of the court. The court could increase the damages award by up to three times. 35 U.S.C. § 284.

In Halo, the Supreme Court made two significant changes to the Federal Circuit’s framework for willful infringement. First, the high court removed the “objective” prong from In re Seagate. The court reasoned that this test would absolve “wanton and malicious pirate[s]” from punishment by allowing defendants to insulate themselves with reasonable, but ultimately unsuccessful, defenses. Halo Electronics, Inc. v. Pulse Electronics, Inc., 136 S. Ct, 1923, 1926 (2016). In practice, the removal of this step precludes defendants’ ability to file a motion for summary judgment under this prong. Second, the court reduced the standard of proof from clear and convincing evidence to a preponderance of the evidence. Id. at *1927.

Under Halo, courts still retain the discretion to enhance damages after a finding of willfulness, and the decision even includes a description of the type of conduct that would warrant enhanced damages, to wit:

“The sort of conduct warranting enhanced damages has been variously described in our cases as willful, wanton, malicious, bad-faith, deliberate, consciously wrongful, flagrant, or—indeed—characteristic of a pirate.” Id. at *1932.

In focusing on this standard, the court cautioned against awarding enhanced damages in garden variety cases. Id. at *1935. As Justice Stephen Breyer explained in a concurring opinion, a district court should not award enhanced damages when “the evidence shows that the infringer knew about the patent and nothing more.” Id. at *1936.

Impact of the Halo Decision

After Halo, courts appear to be breathing new life into claims for willful patent infringement and enhanced damages claims. For example, in Transdata, Inc. v. Denton Municipal Electric, which was decided before Halo, a district court granted defendants’ summary judgment motion, finding no willful infringement based on plaintiff’s failure to prove the objective prong of the Seagate test. Transdata, Inc. v. Denton Mun. Elec., No. 10-cv-00557 RWS ,2016 U.S. Dist. LEXIS 110208, at *4 (E.D. Tex. June 29, 2016). After Halo, a district court in the Eastern District of Texas vacated its previous grant of summary judgment, finding that it was inconsistent with the current state of the law.

In Innovention Toys v. MGA Entertainment, the Federal Circuit before the Halo decision reversed a willfulness finding by a jury after determining that defendant’s obviousness argument was not objectively unreasonable (i.e., the plaintiff failed to prove the objective prong of the old Seagate standard). Innovention Toys, LLC v. MGA Entm’t, Inc., No. 2014-1731, 2016 U.S. App. LEXIS 14371, at *2-3 (Fed. Cir. 2016). After Halo, the Federal Circuit vacated its ruling and remanded the case to the district court to consider enhanced damages. Id. at *4.

Halo’s impact therefore suggests that the bar to prove willful infringement is lower than it was under the Seagate standard.

Not all courts, however, have been crediting jury findings of willfulness or awarding enhanced damages after a jury verdict on willfulness. For example, in Radware v. F5 Networks, Inc., a jury found willful infringement under the old Seagate standard requiring proof by clear and convincing evidence. Radware, Ltd. v. F5 Networks, Inc., No. 13-cv-02024 RMW, 2016 U.S. Dist. LEXIS 112504, at *6 (N.D. Cal. Aug. 22, 2016). Evidence supporting willfulness was sparse. The defendant’s inside counsel knew of the patent only because it had received a 100-page notice of allowance in which the patent at issue was cited once by number. Id. at *11. The Radware court found that this was not enough to show willfulness and granted defendant’s JMOL for nonwillfulness.

In obtaining a legal opinion, it is important that it be 1) thorough and 2) written by an attorney. In Arctic Cat. v. Bombardier Recreational Products, defendant’s employee, a patent agent, reviewed some (but not all) of the claims in the patent at issue and provided a handwritten, conclusory invalidity analysis. Arctic Cat Inc. v. Bombardier Rec. Prods., No. 14-cv-62369, 2016 U.S. Dist. LEXIS 107724, at *19-20 (S.D. Fla. July 27, 2016). The district court found that trial testimony supported an argument that the defendant failed to investigate the scope of the patents and form a good faith belief that the patents were invalid. Id. at *19.

It is also important that the patent attorney rendering the opinion conduct an analysis to establish a good faith belief in non-infringement or invalidity. In Dominion Resources v. Alstom Grid, the court rejected the defendant’s good faith argument on the basis that its non-infringement opinion was “based entirely on the opinion of people without expertise in reading patent claims.” Dominion Res. v. Alstom Grid, No. 15-224, 2016 U.S. Dist. LEXIS 136728, at*63-64 (E.D. Pa. October 3, 2016).

After a suit has commenced, a number of actions can be taken to reduce the chances of a willful infringement finding and enhanced damages. 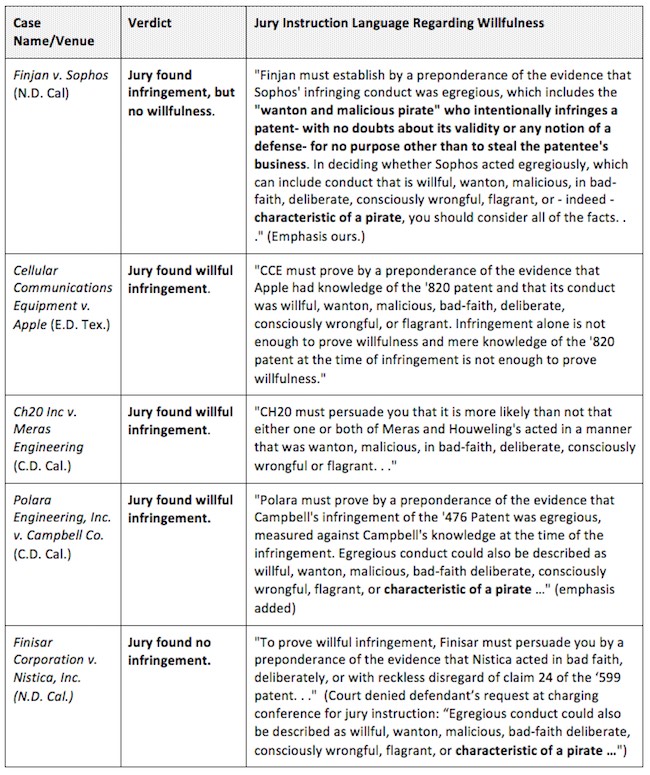 In the examples above, Finjan v. Sophos is the only post-Halo case so far in which a jury found infringement but not willful infringement. It is also worth noting that the jury instruction in Finjan v. Sophos had significantly stronger language that closely tracked the Supreme Court’s language in the Halo decision. In drafting jury instructions, defendants should argue for firm, descriptive language per Finjan, rather than boilerplate language chosen by courts in other cases described above.

Although the post-Halo decisions indicate that the bar has been set lower for proving willful infringement, there are, as outlined above, steps that an alleged infringer can take, both before and during litigation, to minimize the risk of a willfulness finding and enhanced damages.

is an associate in Dentons' Patent Litigation and Intellectual Property and Technology practice in Palo Alto and San Francisco. He has litigated patent infringement cases in US district courts throughout [...see more]

Rob Kramer is a partner and co-chair of Dentons’ Patent Litigation and Intellectual Property and Technology practice, a large team of top-notch litigators with diverse legal and technical backgrounds having a strong [...see more]

is a partner in Dentons' Patent Litigation and Intellectual Property and Technology practice in San Francisco. She has a significant track record as the managing lawyer in complex patent infringement [...see more]

Tonkovich is a partner in Dentons' Patent Litigation and Intellectual Property and Technology practice in Palo Alto and San Francisco. He has extensive experience litigating patent infringement cases in the [...see more]