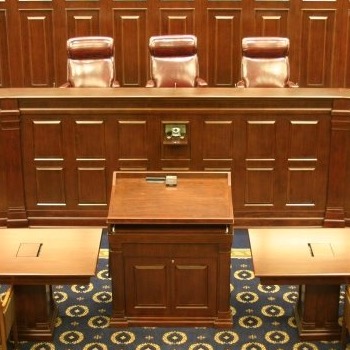 On December 9, 2016, the en banc Federal Circuit will hear argument in In re Aqua Products, Inc. on an issue that has long been troubling patent owners involved in inter partes reviews (“IPR”)—the difficulty of amending patent claims before the Patent Trial and Appeal Board (“PTAB”).

Aqua Products, Inc., as a patent owner, faced this familiar problem.  Following institution of an IPR against its patent on automated swimming pool cleaners, Aqua moved to substitute new claims that effectively amended some of the challenged claims by adding several limitations.  Aqua only argued in its motion that one of these new limitations – requiring a downward force vector – was patentable over two prior art references at issue in the IPR, but failed to argue that the other new claim limitations would have rendered the claim non-obvious.[1]  The PTAB denied Aqua’s motion to amend, reasoning that the new downward force vector limitation would have been obvious in light of the prior art before the PTAB.  The PTAB did not address whether the amended claims were patentable in light of the other limitations Aqua had proposed but not argued.

On appeal to the Federal Circuit, Aqua asserted that the PTAB’s burden-shifting interpretation of the relevant PTO regulations was impermissible and “unsupported by statute.”[2]  In a panel decision issued on May 25, 2016, the Federal Circuit, bound by its own precedent affirming the allocation of the burden of showing patentability of amendments to the patent owner, rejected this argument.[3]  The Federal Circuit further found no abuse of discretion by the PTAB when it considered only the proposed claim limitation that Aqua had affirmatively argued before it, but not the other proposed claim limitations.[4]

Subsequently, on August 12, 2016, the Federal Circuit granted a petition for rehearing en banc to consider whether the burden of persuasion allocated to the patentee by the PTAB for motions to amend is permissible under the statutory scheme.[5] Notably, the Federal Circuit’s rehearing order specifically identifies 35 U.S.C. § 316(e), which provides that in an IPR “the petitioner,” not the patent owner, “shall have the burden of proving a proposition of unpatentability by a preponderance of the evidence.”  The Federal Circuit also will consider whether the PTAB can raise sua sponte challenges to patentability, much the way an examiner would, if the IPR petitioner fails to do so.[6]

Aqua’s supplemental rehearing briefing relies on the plain, broad language of § 316(e) to argue that the PTAB may not place the burden of proving patentability of amended claims on the patentee.  Given the unambiguous language, Aqua argues, the PTAB is entitled to no deference in its interpretation.[7]  Central to Aqua’s argument is its contention that “unpatentability” in the statute is a term applicable to both issued and newly proposed claims, whereas “invalidity” would be a narrower term that “typically refers to already-issued claims.”[8]  Amici Curiae who support Aqua’s position – including Pharmaceutical Research and Manufacturers of America, the American Intellectual Property Law Association, and others – also point to the Supreme Court’s recent observation that the PTAB’s application of “the broadest reasonable construction” is not unfair to patent holders precisely because of the opportunity to amend, and thus a proper interpretation makes amendments accessible to patent holders.[9]

In its supplemental briefing, the PTO relies on the explicit language in § 316(a)(9) authorizing it to set “standards and procedures for allowing the patent owner to move to amend.” According to the PTO, the more general language of § 316(e) does not detract from this explicit grant of regulatory authority it has exercised over motions to amend.[10]  In fact, it contends that this grant of authority exists precisely because Congress did not want to “carry forward” the amendment process from the prior inter partes reexaminations, where the statute directs the PTO to follow a “conventional examination approach.”[11]  The PTO also takes Aqua to task for failing to “grapple” with the administrative law precedent requiring deference to the PTO’s interpretation and pointing out that Aqua is attempting to substitute its own statutory interpretation for the PTO’s.[12]  Amici Curiae supporting the PTO – including tech companies like Dell, Intel, and Samsung– point to Congress’s goal of “improving patent quality” through IPRs and cite the “low success rate of motions to amend” as evidence that “inter partes review is operating as Congress intended: to target and cancel especially weak patent claims.”[13]  Amicus Curiae from the financial services industry similarly argues that a lighter burden for amending patents would undermine an IPR as a “relatively low-cost and prompt alternative” to litigation for invalidating patents. [14]

On the second en banc issue, Aqua argues that the PTAB does not have authority to raise patentability challenges sua sponte given the adversarial nature of IPRs.[15]  If an IPR petitioner does not challenge it, the PTAB should simply enter a proposed claim amendment.[16]  This is the situation Aqua would be in if the case were remanded, as the petitioner has dropped out.[17]  The PTO disagrees, pointing out that § 318 requires the PTAB to address “patentability” of amended claims and only issue a certificate if they are “determined to be patentable.”[18]  Because of the PTO’s “broad authority” to set procedures for this “litigation-like proceeding,” it argues that the PTO could adopt rules allowing the PTAB to sua sponte raise a patentability challenge.[19]

Aqua Products has essentially asked the Federal Circuit to overrule a number of its own prior decisions and decline to grant administrative deference to the PTAB’s interpretation of the PTO’s regulations governing motions to amend that conflict with § 316(e).  While this is a tall order, it is worth noting that Aqua’s plain meaning approach appears to be consistent with Judge Newman’s previously articulated dissent in Prolitec.[20]  Moreover, Aqua and Amici Curiae do not ask the court to unseat the PTO regulations themselves, just the PTAB’s interpretation of them.

Until the Federal Circuit renders its en banc decision, it remains to be seen whether the burden of proving patentability of amendments will remain with the patent owner and, if not, whether the new approach will result in more amendments allowed.  In the meantime, there is uncertainty for patent owners and petitioners alike that the low rate of successful amendments will continue.

Paul Margulies is an attorney with Kaye Scholer, who concentrates his practice on intellectual property and patent litigation. He has represented both plaintiffs and defendants in a wide variety of cases, with [...see more]