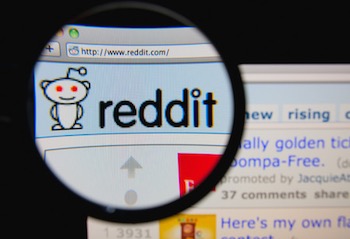 Internet attorneys spend our days fighting the good fight – at least that’s what I think I do.  In a time where judges confuse metadata and metatags, and people believe everything online is “in the public domain,” we march on.  We worry about keeping the first amendment in tact and relentlessly champion Section 230, even when our protagonists are less than ideal (i.e., Backpage.com, thedirty.com).  For better or for worse, we do our best, to make the Internet a place where people can have their opinions, and the companies we represent don’t get sued for them.  So, what happens when the CEO of Reddit, one of the largest community forum websites out there, decides to have a little fun at the expense of Trump supporters/moderators on the subreddit, r/The_Donald?  Let’s put it this way, nothing good.

Before we get to why though, a bit of background.  During the election, a fake news conspiracy was circulated online which argued that a ring of pedophiles (and Hillary Clinton) controlled Washington D.C. through a string of pizza joints around the city.  I’m not kidding.  A subreddit was created called r/pizzagate where conspiracy theorists could “discuss” this proposition.  Last week, Reddit removed that subreddit as personal information was being shared which lead to death threats and FBI involvement.  Once it was removed, its followers took to r/The_Donald to express their discontentment to CEO, Steve Huffman.   Mr. Huffman (aka, u/spez on Reddit) then reacted by changing his name to Donald Trump on the forum wherever something was posted about him that was particularly egregious.  Not surprisingly, he was caught.  He then attempted to explain himself with the following statement:

Yep. I messed with the “fuck u/spez” comments.  It’s been a long week here trying to unwind the r/pizzagate stuff. As much as we try to maintain a good relationship with you all, it does get old getting called a pedophile constantly. As the CEO, I shouldn’t play such games, and it’s all fixed now. Our community team is pretty pissed at me, so I most assuredly won’t do this again.

Not good.  And frankly, not a good mea culpa either, but what do I know, I’m not in PR.

Here is my concern.  Section 230 of the Communications Decency Act specifies that “[n]o provider or user of an interactive computer service shall be treated as the publisher or speaker of any information provided by another information content provider.”  Essentially, websites cannot be held liable for the content created by their users.  Or, at least that is the way the law is supposed to work.  But, like everything else this year, Section 230 took some hits.  2016 brought with it a number of cases where interpretations of the law were not favorable (i.e., Doe #14 v. ModelMayhel, E-Ventures v. Google, Adblade v. RevContent, AdvanFort v. Maritime Executive, General Steel v. Chumley, etc.).  I have been concerned.  Frankly, many have been concerned.  Then this month Twitter beat a lawsuit brought against them by Tamara Fields regarding potential liability for ISIS speech, then the Court in American Freedom Defense Initiative v. Lynch, 2016 WL 6635634 (D.C. D.C. Nov. 9, 2016) blocked a constitutional challenge to Section 230, and finally, a lawsuit filed in California which alleged Backpage.com as a co-conspirator to illegal prostitution was also tentatively dismissed.  This ruling was tentative and Judge Bowman will issue his final ruling on December 5, 2016.  People v. Ferrer, et al., Case No. 16FE019224 (Sup. Ct., Sacramento County)

That said, this is a constant battle – one which is taking place in courts across this country.  So what do you ask is the last thing anyone needs… a CEO editing comments about him because he is pissed off.  What Steve Huffman may have just done is open Reddit (and undoubtedly himself) to liability and, more importantly, removed the Section 230 protections that Reddit previously held.  In the wake of a number of questionable rulings made in 2016, next year is going to be critical.  In the event this matter ends up in litigation, a bad ruling here could be devastating, especially in cases where “content creation” is argued.  In all likelihood, this will not go well.  Deleting comments that violate a website’s terms of use/service is one thing, but editing comments written about you to make them appear like a user wrote them about someone else generally falls into the #*!# pile.

EDITORIAL NOTE: Heather will be following up this article with a year end review of the Section 230 cases mentioned above. Stay tuned for more to come!

Heather Antoine is the founder of Antoine Law Group, APC. Her practice is focused on the intersection between Internet law and intellectual property. Heather is primarily a litigator handling trademark/copyright infringement matters, [...see more]