How Can You Protect Cannabis-based Intellectual Property Under Federal Prohibition? 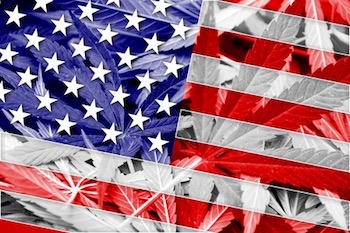 What started as a curiosity in Colorado and Washington state in 2012 could have gained the momentum of a juggernaut: marijuana legalization. Now with California and other states passing initiatives to fully legalize recreational marijuana use in November 2016, a new multi-billion-dollar industry could be in the offing. Inventors are already at work on new methods of delivering THC (tetrahydrocannabinol) in stronger and safer doses. And the cultivation sector remains one major area of novel, non-obvious innovation. But with cannabis still on the federal DEA Schedule I of controlled substances what can these idea people do to protect their intellectual property?

“This is the dilemma we face as well—we can’t really patent our product or service, but we have very innovative products and services in the cannabis space,” says Gregg Steiner, spokesperson for Cabinet Garden, a supplier of equipment to the home growing industry. “If the federal government has patents related to cannabis, I don’t see why others can’t also do the same.”

As with the original California Gold Rush of 1849, the real money in full legalization of recreational marijuana usage in the Golden State may be in supplying the equipment not the actual digging. Those who sell picks and shovels to growers now as with miners then could make the most and have the least legal exposure, according to some pot-for-profit pioneers.

“The safest opportunity is in technology for the cannabis industry,” says Dylan Osborn, founder, GreenBox Grown, an online platform of how-to grow videos and tutorials. “This can be anything from tools for processing and cultivation to software for dispensaries. While still considered part of the cannabis industry, you cannot get into legal trouble since you are not directly selling any form of cannabis plant.”

For example, an industrial rosin press or weed trimmer product aimed at the marijuana industry could be as easily patented as any other invention, according to Osborn.

Ironically, the USTPO has granted a patent on certain cannabis strains to a California biotech institute even as it has disallowed marijuana-related trademarks. But whatever you do related to cannabis innovations, you need to act now rather than later, according to the experts.

“The sooner you begin protecting your intellectual property the better, and the same holds true for the cannabis industry,” says Bob Morgan, a healthcare regulatory and policy attorney at Much Shelist who has extensive experience in the still-developing cannabis industry. “While trademarks continue to be denied for cannabis-related marks, patents for cannabis products hold promise. In fact, the U.S. Patent and Trademark Office recently approved a patent for specific cannabis strains for growers in California.”

In reality, the unique nature of the cannabis world—with state-by-state mini-industries—adds to the urgency of protecting inventions before they are appropriated in other state cannabis markets, according to Morgan. Because no one wants to play the new Elisha Gray to a potential Alexander Graham Bell of marijuana by coming in second.

While true that the USPTO has not granted trademarks to cannabis innovators to protect their intellectual property from past transgressions, that has not stopped these same inventors from using state and common law trademarks as a way to stop future infringement—once past violations get uncovered—and as a defense against others seeking damages against them, according to those familiar with the controversy. For example, a handful of western states have granted state trademarks to actual marijuana products as well as related goods and services.

“Marijuana growers and sellers can also rely on common law trademark rights, which allow trademark owners to block others from infringing their trademarks,” says Joshua D. Cohen, partner, Wendel, Rosen, Black & Dean LLP, an Oakland, Calif.-based law firm. “Even if they cannot recover damages for such use.”

Cohen’s firm has firsthand experience with these legal principles. Wendel Rosen represented a medical marijuana dispensary that was sued for trademark infringement by a non-marijuana related entity.

“The federal district court held that our client could not register its name with the USPTO,” Cohen says. “Although, it could still assert the usual trademark infringement defenses.”

As all literate people know, the United States of America, the leading democratic republic in the world, guarantees the rights of the individual to pursue her ambitions—including innovation—to the best of her abilities as long as they do not impinge on the freedom of anyone else. Or at least it should. The practical output remains more dubious. In any event, this innovation right has enshrinement in the Patent and Copyright Clause even if the founders did not clearly explain its full meaning.

“Our goal is rooted in the U.S. Constitution: to promote the Progress of Science and useful Arts by securing for limited Times to…Inventors the exclusive Rights to their…Discoveries,” says David Wood, PhD, lawyer and patent agent, Borden Ladner Gervais, LLP. “Do not leave your ideas in your head. File patent applications or publish. If you don’t file, someone from a country with less restrictive cannabis research laws will monopolize your work-product.”

While the recent elections focused mostly on legalizing the recreational use of marijuana, efforts to protect different aspects of cannabis related intellectual property have gone on for some time. For example, even now efforts continue to expand research and development in the hemp industry, a tradition older than the republic itself. For example, a frigate coincidentally named the USS Constitution, had more than 60 tons of hemp fiber rope in its rigging to enable it to sail as the flagship of the US Navy from 1797 until 1881.

“In the United States, the door is open for hemp research,” says Frank Robison, Esq., senior associate, Vicente Sederberg LLC, a specialty law firm that represents clients in the marijuana industry. “While there is debate about scope of permissible activities, the hemp industry should protect its technology.”

For example, pilot program participants may partner with universities to conduct research involving growth and cultivation of hemp and extracted plant material, and patents are being issued with claims on various aspects of cannabis, according to Robison. In any event, the USA remains the best venue for marijuana intellectual property with more safeguards for IP here than anywhere, although the ability to generate supporting evidence has its obstacles.

“Getting patents issued for certain categories of technologies is challenging, particularly without data,” Robison says. “Obtaining cannabis research data is more difficult in the United States than countries with more liberal policies. But in the United States, hemp presents an opportunity for innovation, generating data and a clear basis to patent technology.”

Even in light of the general tenor against cannabis-related patents, some companies have persevered to move forward with their innovations. That’s especially true in the medical marijuana industry where pioneers look into solutions for physical pain, psychological relief and sleep enhancement. They risk it for their patients. One such company is hmbldt, the self-described first complete solution in cannabis.

“hmbldt is focused on innovating and developing new products and compositions designed to improve the health and happiness of millions of people,” says Samantha Miller, chief science officer, hmbldt. “By providing safe and effective alternatives to traditional medicine that extend far beyond the cannabis space.”

Perusing the company’s website, you can take away that its team has shown much activity in innovating technology—conceptually without the protection of patents—to deliver cannabinoids and terpenes, the two major classes of biologically important molecules in marijuana, in prescribed formulations for specific maladies. These all target receptors in homo sapiens that science tells us exactly match the chemical profile of certain cannabis compounds.

“There’s great excitement understanding the endocannabinoid system—a network in the human body that interacts with the active ingredients in cannabis to deliver myriad health benefits,” Miller says. “Carefully selected essential oils are also of keen interest in the pursuit of health and happiness. As with any therapeutically oriented innovation, we recommend starting with the patient first, listening and developing products and therapies that serve their needs.”

So when the National Institutes of Health needs more cannabis research partners, such as the case with a patent on use of cannabidiol treatment of autoimmune hepatitis, organizations like hmbldt may become more readily available in states with legalized marijuana usage.