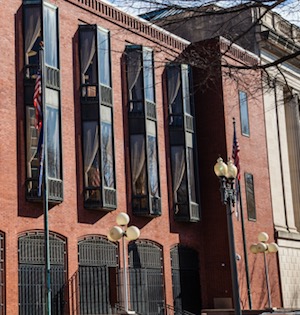 Click-to-Call Technologies, LP v. Oracle Corp., 2015-1242 is a non-precedential case from the U.S. Court of Appeals for the Federal Circuit in which the opinion of the court was filed per curiam and judges O’Malley and Taranto used concurring opinions to call for en banc review of the holding in Achates Reference Publishing, Inc. v. Apple Inc., 803 F.3d 652 (Fed. Cir. 2015).

To review, Achates held that a party cannot challenge the Patent Trial and Appeals Board’s decision to institute an IPR proceeding under 35 U.S.C. § 315(b) because 35 U.S.C. § 314(d) “prohibits [the Federal Circuit] from reviewing the Board’s determination to initiate IPR proceedings based on its assessment of the time-bar of § 315(b), even if such assessment is reconsidered during the merits phase of proceedings and restated as part of the Board’s final written decision.”

As far as the facts of Click-to-Call go, Click-to-Call (CTC) had appealed an adverse IPR decision, arguing to the Federal Circuit that the IPR should have been barred by 35 U.S.C. § 315(b). § 315(b) states that “inter partes review may not be instituted if the petition requesting the proceeding is filed more than 1 year after the date on which the petitioner…is served with a complaint alleging infringement of the patent.”

The Federal Circuit dismissed CTC’s appeal for lack of jurisdiction in light of Achates. The Supreme Court subsequently issued its opinion in Cuozzo Speed Technologies, LLC v. Lee, 136 S. Ct. 2131 (2016), where the Supreme Court held that the Patent Office’s decision to institute an IPR proceeding is not appealable to Federal courts.

During supplemental briefing, CTC argued that Cuozzo required the Federal Circuit to reconsider the holding in Achates, arguing that Cuozzo limits § 314(d) to challenges that are “closely related” to the Board’s substantive patentability determination under § 314(a). Thus, according to CTC, the Supreme Court implicitly overruled the Federal Circuit’s holding in Achates because the time bar under § 315(b) is not closely related to the Board’s decision to institute under § 314(a). CTC also argued that § 315(b) provides an independent jurisdictional limitation on the Board that goes beyond the scope of § 314(d).

Notwithstanding the dismissal of its appeal, it appears that CTC managed to persuade Judge O’Malley and Judge Taranto that the state of the law on this matter should be reconsidered en banc by the Federal Circuit. Since it is difficult to put it better than the Federal Circuit judges themselves, consider the following passages in the concurring opinions of Click-to-Call.

“I believe the Supreme Court’s language in Cuozzo leaves room for us to question our reasoning in Achates and…suggest that we do so en banc.

In explaining the scope of its opinion in Cuozzo, the Supreme Court clarified that, ‘contrary to the dissent’s suggestion, we do not categorically preclude review of a final decision where a petition fails to give ‘sufficient notice’ such that there is a due process problem with the entire proceeding, nor does our interpretation enable the agency to act outside its statutory limits…’ Cuozzo, 136 S. Ct. at 2141. The Supreme Court then provided the specific example of the Board addressing a claim’s definiteness under § 112 during an IPR proceeding despite Congress only authorizing the Board to consider challenges under §§ 102–03. Id. at 2141–42. We could apply the same reasoning to the Board’s institution of an IPR proceeding contrary to the direct statutory command that ‘[a]n inter partes review may not be instituted if the petition requesting the proceeding is filed more than 1 year after the date on which the petitioner…is served with a complaint alleging infringement of the patent.’ 35 U.S.C. § 315(b) (emphasis added in the concurrence). As the Supreme Court noted in its opinion, ‘[s]uch ‘shenanigans’ may be properly reviewable in the context of § 319 and under the Administrative Procedure Act, which enables reviewing courts to ‘set aside agency action’ that is…‘in excess of statutory jurisdiction.’’ Cuozzo, 136 S. Ct. at 2142.

This reasoning and the plain language of the statute contradict a key underpinning of our reasoning in Achates…If the PTO exceeds its statutory authority by instituting an IPR proceeding under circumstances contrary to the language of § 315(b), then our court, sitting in its proper role as an appellate court, should review those determinations as Cuozzo suggests…Indeed, the court should address such actions in order to give effect to the limitations on the PTO’s statutory authority to institute proceedings expressly set forth in § 315(b).”

“It appears to me that en banc consideration [of Achates] is warranted… It is notable, to begin with, that the Court pointedly avoided embracing the simplest and most review-barring reading of § 314(d) – namely, that it prohibits judicial review of any determination to institute an IPR.”

“When the focus is widened to view the IPR regime as a whole, and how it compares to other aspects of the patent statute, one of the features that stands out is this: A statutorily proper petitioner – one entitled to file the petition when filed – is an essential statutory requirement for the PTO to conduct an IPR.”

“It is not self-evident what to make of the mix of language in Cuozzo for purposes of determining the reviewability of PTO rulings on grounds, such as timeliness under § 315(b), other than the one before the Court in Cuozzo. The Supreme Court could easily have written its opinion more broadly. Instead, it took evident pains to speak in terms that left a good deal open. And then, rather than conclude that Cuozzo so clearly implies unreviewability of § 315(b) determinations that the Court should simply deny the petition for certiorari in the present case, the Court granted certiorari, vacated our judgment finding unreviewability, and remanded the case for further consideration.”