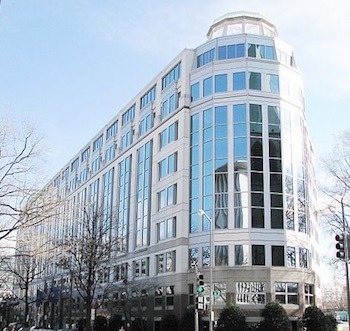 “The USITC in Washington DC.” Licensed under CC BY-SA 3.0.

On Monday, October 31st, an administrative law judge (ALJ) at the U.S. International Trade Commission (ITC) issued a recommended determination on remedy and bonding in an investigation involving radiotherapy systems and treatment planning software. The determination recommends an exclusion order on such technologies that are being marketed by Swedish cancer treatment developer Elekta AB (STO:EKTA-B), headquartered in Stockholm, and Elekta’s subsidiaries.

A complaint regarding Elekta’s radiotherapy and cancer treatment technologies was filed by Palo Alto, CA-based Varian Medical Systems (NYSE:VAR) in September 2015. The complaint alleged that Elekta violated 19 U.S.C. § 337 which governs penalties for unfair practices in import trade. Varian alleged that Elekta’s medical systems infringe upon a series of six U.S. patents held by Varian. Those patents are: 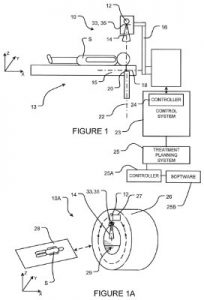 Section 337 complaints are filed with the ITC when a company wants to declare infringement of a U.S. patent by foreign goods entering the U.S. market. Varian’s Section 337 complaint specifically cites Elekta’s technologies marketed as Versa HD, Axesse, Infinity, MotionView and VolumeView, among others, as radiotherapy systems for cancer treatments which infringe upon patents held by Varian. Varian practices its technology through its TrueBeam and Clinac iX radiotherapy systems. Although the ITC’s recommendation isn’t final yet, it could result in the exclusion of Elekta’s products from the U.S. market after a period of solicitation of public comments on any public interest issues raised by the recommended relief.

Elekta has chosen to challenge the validity of Varian’s patents through processes available at the Patent Trial and Appeal Board (PTAB). This June, media reports indicated that PTAB had decided to institute an inter partes review (IPR) proceeding against Varian’s ‘703 patent. This was the fourth IPR filed by Elekta and the second time that the PTAB decided to institute the IPR challenge.