How the New Trade Secrets Law May Affect You 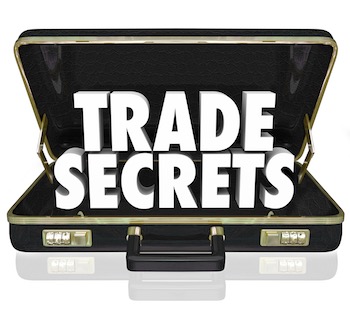 Earlier this year, President Obama signed into law the new federal “Defend Trade Secrets Act of 2016.”  It arms with substantial new weaponry those whose trade secrets have been taken. What has been less heralded, but might just affect you more directly, are new requirements that might lead you to revise your standard confidentiality and non-disclosure agreements.

Highlights of the law are:

Before this law, private parties had no federal civil cause of action to assert for trade secret misappropriation. Claims were instead governed by state laws, and were often litigated in state courts unless there was a basis for federal court jurisdiction, such as diversity of state citizenship or a copyright claim.

The new federal statute provides that an owner of a misappropriated trade secret may bring a federal civil action “if the trade secret is related to a product or service used in, or intended for use in, interstate or foreign commerce.”

The statute also changes the definition of a trade secret from the prior criminal law definition to wording more like that used in many states’ versions of the Uniform Trade Secrets Act. Under the new law, a “trade secret” means (change shown below):

all forms and types of financial, business, scientific, technical, economic, or engineering information, including patterns, plans, compilations, program devices, formulas, designs, prototypes, methods, techniques, processes, procedures, programs, or codes, whether tangible or intangible, and whether or how stored, compiled, or memorialized physically, electronically, graphically, photographically, or in writing if–

Thus, to establish a trade secret under the new law, a higher standard must be met.

“Misappropriation” also now has a definition that includes the acquisition of a trade secret, with actual or constructive knowledge by improper means including theft, breach of duty to maintain secrecy and espionage. Misappropriation does not include lawful means of acquisition such as reverse engineering.

The Act includes a statute of limitations that bars claims filed over three years after discovery or when a claim should have been discovered through reasonable diligence.

The law allows for several types of remedies. For example, injunctive relief may be granted.  Interestingly, the statute asserts that although a person may be prevented “from entering into an employment relationship, . . . conditions placed on such employment shall be based on evidence of threatened misappropriation and not merely on the information the person knows.” Damages may be awarded based upon actual loss, unjust enrichment, or a reasonable royalty. If the misappropriation is willful and malicious, the base amount of damages may be doubled. And reasonable attorney’s fees may be awarded to a prevailing party if the claim was made in bad faith or the misappropriation was willful and malicious.

The statute also allows for property seizure if the court finds that a regular injunction or temporary restraining order would be inadequate, that immediate and irreparable injury will occur absent a seizure, that the balance of harms favor seizure, and that the applicant shows a likelihood of success on various elements of their claim. In the seizure, the allegedly improper materials can be held for up to seven days before a further hearing. This gives trade secret owners a substantial weapon to quarantine and take computers, files or other materials carrying the secrets, especially if the materials have not already left the country or been shared on the Internet.

The statue also provides a variety of protections to employees and contractors who report suspected violations of the law. It provides immunity to a whistle-blower who discloses a trade secret in confidence “to a Federal, State or local government official, either directly or indirectly, or to an attorney . . . solely for the purpose of reporting or investigating a suspected violation of law.” It also protects the employee’s ability to disclose the trade secret in confidence and under seal in an anti-retaliation lawsuit arising from the reporting of a suspected violation of law.

Further, starting with contracts and contract updates after May 11, 2016, the “employer shall provide notice of the immunity . . . in any contract or agreement with an employee that governs the use of a trade secret or other confidential information.” If the employer does not comply with this notice requirement, the employer may not recover exemplary damages or attorney fees against the employee due to the employee’s disclosure of the trade secret. The law defines an employee as “any individual performing work as a contractor or consultant for an employer.”

This section of the law may lead companies to consider whether their standard NDAs and employee handbooks need to be revised.

David Sar is an attorney in the Greensboro, North Carolina, office of Brooks Pierce. He represents clients in commercial disputes and matters pertaining to technology and intellectual property. He litigates and handles [...see more]