Common sense by design: Form, function and the way forward as charted by the Supreme Court 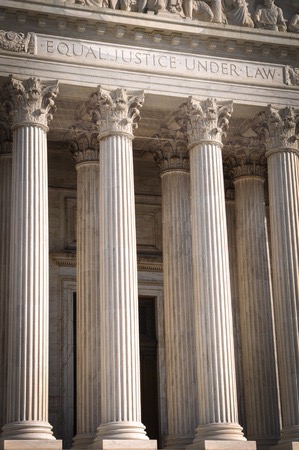 In the wake of last Tuesday’s Supreme Court oral argument in the “smartphone wars” design patent dispute, the justices must decide if a 130-year old law provision (35 U.S.C. §289) means that Apple can pocket all Samsung’s earnings on its smartphones that contain its infringing designs. The provision gives the patent owner an infringer’s “total profit” from the sales of its “article of manufacture.”

Judge Koh in the Northern District of California and Chief Judge Prost in Federal Circuit concluded that the “article[s]” mean Samsung’s smartphones, even though the patents did not cover the entire iPhone design. Chief Judge Prost acknowledged the view that “an award of a defendant’s entire profits for design patent infringement makes no sense in the modern world,” since the infringement may have only contributed to a small portion of the profits. However, she concluded that only Congress can change this.

Amici curiae on the side of Apple – Crocs, Cleveland Golf, and Nike, argue that the statute makes sense in the modern world because apportionment of those earnings is impracticable and that disgorgement deters copycat designers. Defendant Samsung and its supporting amici – Dell, Facebook, and Google, warn that this “whole profits” approach undermines innovation in complex technological products and their components.

To get around what might appear to be the clear language in the statute, Samsung and the Solicitor General argued that “article” can mean part of the defendant’s product. In a move that surprised many, Apple generally agreed with this approach, but maintained that it was for Samsung to show that was so.

Most of the discussion at oral argument was about how to achieve apportionment. Justices quizzed the parties on how the rule would operate in practice, particularly with multicomponent devices. They did not seem comfortable with some of the answers given.

The provision arose in response to instances where owners of carpet designs received nominal damages because courts could not distinguish the value of the patented design from the carpet. The provision provided an equitable remedy to protect designers by setting a floor for recovery of $250, and a ceiling “to the extent of [the infringer’s] total profit.”

The House Report on the Act stated that the provision was directed at cases where “it is the design that sells the article” and thus the profit from that article “is not apportionable.” In such cases, “[i]t is expedient that the infringer’s entire profit on the article should be recoverable.” That Report also compared the design right to a trademark right as a means of recovering investment in goodwill.

Refrigerators with infringing door latches that were not sold separately entitled the design owner to only the $250 statutory minimum. An infringed piano case design does not give its owner rights to the profits of the whole piano, because the subject of the patent was the piano case.

All this means is that full disgorgement of profits should only apply where the designs are inseparable from the articles, where the design, article, and product are coextensive. The Court should not get too bogged down in search of a test. Mathematical precision is not required as along as the amount reasonably approximates profits derived from the infringement. A remedy with a floor and ceiling means the amount can be titrated once owners to prove their designs sold the accused products. Infringers should keep what they can show they deserve.

A Job for the Court, Not Congress

The Supreme Court need not wait for Congress to act. This is a case of first impression in interpreting the provision. Design owners should be made whole, but not unjustly enriched. Awarding the infringer’s total profits regardless of the contribution of the design to the end product’s value subverts patent law’s mandate to promote technological progress.

A broad reading of the provision dampens the incentive to create derivative designs. Those designs would necessarily invoke the original design, forcing the infringer to hand over all the profits from the derivative work. Further, unlike copyright law, patent infringement does not require any intention to copy. If disgorgement is required to deter copying, that assertion must be empirically proven.

Some are concerned was that it will be costlier for small companies to defend against copying by bigger companies. That cost is overstated. While expert testimony and consumer surveys may be needed in some cases, in others, the article may be sufficiently simple so that a determination can be properly made by the court without it. Utility patent owners routinely manage. Their experience should prove instructive.

In an age where functional features routinely pass muster as “ornamental,” partial claims can ensnare multicomponent parts, and infringement is triggered by an overall impression, the nuclear option of disgorgement on increasingly lucrative end-products must be closely guarded by the courts.

To conclude, if the iPhone’s iconic appearance was misappropriated, Apple should be compensated, but it need not necessarily receive all of Samsung’s profits for its smartphones. The rule is one of convenience – to provide restitution where normal legal remedies were inadequate to aid the designer. It would turn equity on its head to enrich a designer no matter how insignificant its design contributed to the value of the end product. The provision is common sense by design.