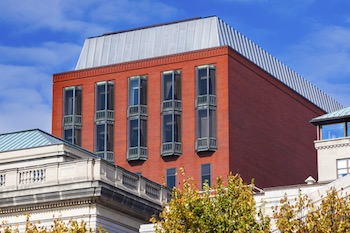 In the DirecTV decision, the Federal Circuit followed the Alice/Mayo framework and found the claims patent ineligible. Perhaps of note, the Court rebuffed Affinity’s arguments regarding novelty, explaining patent eligibility does not turn on novelty of the claims. In the Amazon decision the Federal Circuit ruled that basic user customization is insufficient to qualify as inventive under Mayo and Alice.

In a September 23, 2016, decision relating to the subject matter eligibility of patents under 35 U.S.C. § 101, the Federal Circuit affirmed the district court’s order dismissing the case. The Court concluded that Affinity’s patent-in-suit, directed to streaming regional broadcast signals to cellular telephones located outside of the broadcaster’s region, was drawn to an abstract idea.

Affinity sued nine defendants. The defendants moved to dismiss the complaints for failure to state a claim, arguing that the asserted claims were not directed to patentable subject matter.

The Court discussed the framework for determining whether a particular patent claim is directed to patentable subject matter under § 101 of the Patent Act. Specifically, the Federal Circuit began with the two-stage Mayo/Alice framework: (1) the “abstract idea” step and (2) the “inventive concept” step.

First, the Court held that Affinity’s patent claims addressed the function of wirelessly communicating regional broadcast content to an out-of-region recipient, but did not specify how to perform that function. Notably, the claimed use of a generic, electronic device, specifically a cellular phone, and a graphical user interface, were insufficient to distinguish the claims from preemption of an abstract idea. Additionally, the Court noted that the patent-in-suit was not directed to solving a “technological problem,” nor to an improvement in computer or network functionality. Instead, the claims addressed the general concept of out-of-region delivery of broad content, using conventional devices. Thus, the Court held that the claim was directed to an abstract idea. While the claims were limited to a specific technological environment, cellular phones, such limitations to a specific field of use did not make the claims any less abstract.

Next, in applying step two of the Mayo/Alice analysis, the Court considered whether “’the claims do significantly more than simply describe [the] abstract method’ and thus transform the abstract idea into patentable subject matter.Ultramercial, Inc. v. Hulu, LLC, 772 F.3d 709, 715 (Fed. Cir. 2014). The Court found no “inventive concept” that transformed the abstract idea of out-of-region delivery of regional broadcasting into a patent eligible application of that abstract idea. The Court reiterated the Supreme Court’s Alice statements that “generic computer implementation” is insufficient to transform a patent-ineligible abstract idea into a patent-eligible invention. Alice Corp. v. CLS Bank International, 134 S. Ct. 2347, 2352, 2357 (2014).

Additionally, the Court addressed Affinity’s assertions that the use of a downloadable application for presenting a graphical interface on a cellular phone capable of listing contents for streaming was novel as of the priority date of the invention. The Court explained that patent eligibility does not turn on the novelty of the proposed claims. The Court upheld the district court’s dismissal of the complaint, stating the patent-in-suit was not patent eligible.

Claims utilizing conventional devices without offering any technological means of implementing a targeted concept will likely be patent ineligible under the Mayo/Alice two-stage framework.

Affinity’s patent-in-suit was directed to a method for targeted advertising, in which “an advertisement is selected for delivery to the user of a portable device based on at least one piece of demographic information about the user.” The Court noted that only the Abstract, three sentences in the specification, and one of the 20 claims, actually dealt with targeted advertising. Affinity accused the Amazon Music system of patent infringement because the system allows customers to stream music from a customized library. The Amazon entities moved for entry of judgment on the pleadings, arguing that the asserted patent claims were not directed to patentable subject matter.

Under step one of the Mayo/Alice analysis, the Federal Circuit held, similar to the district court, that the concept of delivering user-selected media content to portable devices was an abstract idea according to Section 101 of the Patent Act. Affinity contended that the patent-in-suit embodied a technological innovation as of its priority date, which confused novelty with eligibility. The Court noted the distinction between eligibility and novelty and found nevertheless that the patent failed to disclose any particular mechanism for wirelessly streaming content to a handheld device. Therefore, the patent claims were directed to an abstract idea.

In step two of the patent eligibility analysis, the Court concluded that nothing in the claims or specification of the patent constituted a concrete implementation of the abstract idea in form of an “inventive concept” as required under Mayo andAlice. Mayo Collaborative Services v. Prometheus Laboratories, Inc., 132 S. Ct. 1289, 1294 (2012), and Alice Corp. v. CLS Bank International, 134 S. Ct. 2347, 2355 (2014). The features in the claims were set forth generically and therefore failed to show how they would provide a concrete solution to the patent’s proposed problem. Accordingly, the Court upheld the district court’s judgment that the asserted claims of the patent-in-suit were not eligible for patenting.

The addition of basic user customization features to an interface does not alter the otherwise abstract nature of claims and does not add an inventive component that renders the claims patentable.