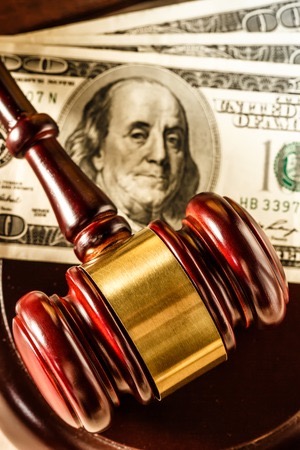 In making his determination to triple the damages, Judge Mazzant cited the U.S. Supreme Court’s decision this June in Halo Electronics v. Pulse Electronics. In that case, SCOTUS rejected the rigid Seagate test used to determine when enhanced damages for willful infringement can be awarded under 35 U.S.C. § 284. In Halo, the majority opinion held that the two-step Seagate test is inconsistent with § 284, which “contains no explicit limit or condition on when enhanced damages are appropriate.” Imperium IP Holdings v. Samsung Electronics et. al. is the first case in E.D. Tex. in which the Halo standard has been applied for awarding enhanced damages.

Imperium IP’s initial complaint, which it filed in June 2014, sought damages from Samsung for infringing three patents. The jury verdict delivered this February found that Samsung had willfully infringed upon two patents. Those two patents-in-suit are:

Imperium IP’s initial complaint for relief targeted dozens of Samsung products which were allegedly infringing upon Imperium’s ‘029 and ‘884 patents. Imperium argued that the ‘884 patent was infringed by Samsung computer products like the Galaxy Tab 7.0 and Galaxy Tab 7.7 tablet computers, Samsung’s series of ATIV Book 9 laptops and network cameras including the SNF-7010, the SNB-5004 and the SND-5084. Alleged infringement of the ‘029 patent stemmed from Samsung’s sale of cell phones like the Intensity II, Galaxy S2 and Galaxy S3 as well as a slew of digital camera products, including the Digimax S500 and S600, the Galaxy NX, the MV900 and MV900F cameras as well as cameras from at least six different series of Samsung digital camera products.

The court decided to award enhanced damages in this case because of egregious behavior on behalf of Samsung, including attempts to copy the technology and demonstrably false testimony given by Samsung. For example, Samsung’s representatives testified under oath that they only became aware of Imperium IP’s patents in June 2014, when the infringement action was first brought to court. Depositions and other discovery proved this to be incorrect. One witness who worked at ESS Technologies, the company to which the ‘884 patent was first assigned, testified that Samsung sought specific information on anti-flicker and flash technology. It was also proven that Samsung had previously attempted to purchase the patents-in-suit from Imperium, concealing its identity through a patent broker. Instead of June 2014, the court found that Samsung knew about Imperium’s patents since at least April 2011.

Samsung’s egregious conduct also included it’s failure to produce relevant documents. Although Samsung was aware since July 15th, 2015, about the need to produce e-mail and documents relevant to the patent broker used by Samsung to conceal its identity, those documents were only produced at 2:19 AM on the fourth day of the jury trial. As the court noted, the time to produce these documents was during discovery, not during trial.

In deciding to award enhanced damages, the court was guided by the non-exclusive factors developed by the U.S. Court of Appeals for the Federal Circuit (Fed. Cir.) in Read Corp. v. Portec Inc., decided in 1992. The non-exclusive factors from Read which are used in decisions to enhance damages include whether the infringer deliberately copied another’s ideas, whether the infringer investigated a patent’s scope to make a good-faith determination that the patent was either not infringed or invalid, the infringer’s behavior as a party in litigation and whether the defendant attempted to conceal its misconduct.

Also at issue in this case was a defense attempted by Samsung to assert that it wasn’t liable for infringement on imaging sensors which it was purchasing from Tokyo-based Sony Corporation (NYSE:SNE). On September 9th, 2015, the deadline for discovery in Imperium IP v. Samsung, a damages expert for Imperium indicated that the company was not targeting sensors which Samsung purchased from Sony, but a technical expert for Imperium presented an infringement report on the same day which used a citation only listing Sony sensors. Samsung argued that it was not aware before the discovery deadline that Imperium was using Sony sensors to prove infringement. Samsung filed a motion for summary judgement out-of-time which the court struck down this January, although Judge Mazzant decided that this issue would be taken up after trial. In the memorandum opinion issued late August, the court decided that Samsung’s decision not to assert the Sony license defense until November 2015, after the deadline to file for summary judgement and months after receiving the Sony license agreement in April 2015, was proof that Samsung actively intended to not assert the Sony license.