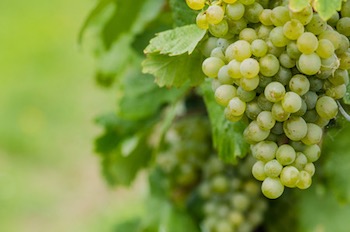 Our client, Sheehan Genetics, LLC (Sheehan) recently prevailed in a complex patent proceeding at the United States Patent and Trademark Office known as an Interference. Making this case more complex than your typical interference is the fact that it arose with a patent and application filed under the Plant Patent Act.

The dispute involved the inventorship of a plant patent of a very successful variety of table grape sold commercially by Sheehan’s growers as “Great Green” and by an unauthorized grower, Jakov P. Dulcich & Sons (Dulcich), under the name “Green Emerald.” “Great Green” was bred in 1999 by Timothy Sheehan of Sheehan Genetics, LLC. Williams Nursery has been dealing in Sheehan grape vines in California’s San Joaquin Valley since the late 1990s and has since then been the exclusive agent able to license Sheehan varieties in the United States.

In this important decision from the Patent Trial and Appeal Board (“Board”), the U.S. Patent Office brought confidence back to the table grape industry, affirming that a grower cannot take another’s grape and use growing practices to claim it as its own.

Sheehan contended that Dulcich, without permission, grafted Sheehan’s “Great Green” in 2010 and filed for a plant patent in 2012 claiming the “Great Green” as its own JPD-001 (“Green Emerald”). Dulcich’s plant patent on JPD-001 issued on March 18, 2014, while Sheehan’s own application on Great Green was pending. Because Dulcich filed a provisional application merely months before Sheehan filed its own non-provisional application, Sheehan was a junior party in the interference proceeding and Dulcich was a senior party.

The Interference was declared after a third party submission, made by Dulcich’s own prosecution counsel, was made in the Sheehan application that stated the grapevine disclosed in the Dulcich plant patent application and the grapevine disclosed in the Sheehan application shared many botanical characteristics. Specifically, the third party provided a side-by-side comparison of many of the botanical characteristics from the two specifications. Subsequently, the Examiner rejected the Sheehan application under pre-AIA 35 U.S.C. 102(e) as being anticipated by Dulcich et al, which had then issued as PP24,316. The Examiner noted that many characteristics could not be distinguished between the two grapevines. The Examiner further noted that some characteristics are not exactly the same but that differences between the varieties could be attributed to growing or horticultural practices. In response, Sheehan admitted the two plants shared many characteristics and contended the two were identical. In support, Sheehan provided DNA evidence in its application showing that the table grape plants shared an identical DNA profile. The Examiner then identified the potential interference and stated Sheehan may wish to suggest an Interference. On March 17, 2015, Sheehan made a request for declaration of interference. An Interference was subsequently declared.

In a motion for a no interference in fact, Dulcich contended that “Green Emerald” was not “Great Green.” Under the patent laws, “whoever invents or discovers and asexually reproduces any distinct and new variety of plant, including cultivated sports, mutants, hybrids, and newly found seedlings, other than a tuber propagated plant or a plant found in an uncultivated state, may obtain a patent.” 35 USC §161. Dulcich conceded “Green Emerald” originated from “Great Green” but argued its grape was “patentably distinct.” To establish that a plant is patentably distinct, one considers whether it has “characteristics clearly distinguishable” from those of another plant. Imazio Nursery v. Dania Greenhouses, 69 F.3d. 1560, 1565 (Fed. Cir. 1995). Here, Dulcich contended “Green Emerald” was a sport of “Great Green,” i.e., that a mutation arose in Great Green and they discovered it, creating a new variety. Dulcich argued because “Green Emerald” berries were larger, crisper in texture and lacked noticeable seed trace, it was a sport.

Sheehan disputed that “Green Emerald” was a sport of “Great Green” and argued rather that “Green Emerald” is in fact “Great Green.” Sheehan also argued these characteristics, e.g., berry size, crispness, and seed trace are all characteristics than can be modified based on growing practices, but the grape is not patentably distinct. In a 19-page decision, the Patent Office confirmed last Wednesday that “Green Emerald” is not different than “Great Green” and that Dulcich did not prove Green Emerald was not Great Green. Specifically, the Board indicated that “judgment will be entered against Dulcich on priority at the conclusion of the interference” and that Dulcich failed meet its burden to provide a proper comparison to establish that its JPD-001 is different than Sheegene 17.

Now the battle continues, as Dulcich alleges that Sheehan is not entitled to a patent for Sheegene-17 because of an alleged prior offer for sale of the Great Green more than one year before the priority date. If Dulcich chooses to proceed with these allegations, the Interference will proceed to a second phase. Meanwhile, Sheehan is seeking to have a stay lifted in co-pending litigation in the Eastern District of California between the same parties addressing allegations relating to conversion, unfair competition and trade secret misappropriation.

is a partner in Dentons' Patent Litigation and Intellectual Property and Technology practice in San Francisco. She has a significant track record as the managing lawyer in complex patent infringement [...see more]

is counsel in Dentons' Intellectual Property and Technology practice in Houston. Her practice focuses on the chemicals and energy industries, including patent portfolio development and patent litigation involving a wide [...see more]