How do you know if you have a licensable product? 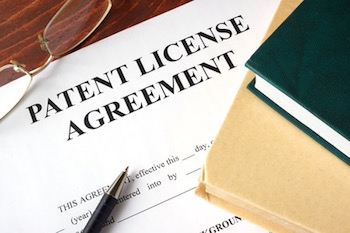 Many independent inventors longingly search for an invention that they can dream up and then license for great riches.  Unfortunately, inventing isn’t quite so easy.  If it were as simple as dreaming up an idea and a dump truck full of money would then back up to your front door then many, if not most, people would be quite rich.  So there is more to licensing than merely dreaming up an idea, but an idea is always a critical first step in the process.

But how do you know if you have a licensable product? Perhaps we should start with a definition. In search for a definition for the term “licensable” I did what most of us probably do first when sitting at a computer — I typed the the term into Google to see what came up.

What is a Licensable Product?

There is really no workable definition for “licensable” that can be found in the variety of definitions available online.  Online dictionaries seem to take you to the definition of “license” and then just point out that “licensable” is the adjective form of “license.”  That really can’t be a useful way to attempt to define a term for a bunch of engineers, scientists and mechanically or electrically inclined inventors, many of use who are grammatically challenged.

Obviously, in very broad general terms, a “licensable product” is one that can be licensed. But, defining a term with the use of the term or a derivative is extremely unsatisfying though, and not at all illuminating.  So I figured I would reach out to a well established licensing executive in my virtual Rolodex, Trevor Lambert of Lambert Licensing.

Trevor did not disappoint.  He provided me the handy graphic to the left, which depicts where licensable products reside, at least for the most part.  “There are three major things that need to intersect to make a licensable product,” Lambert said.  “First of all, you have the patentable side. Either it is patented or patentable, because essentially what we are licensing is intellectual property. Second, is the product marketable, meaning people want to buy it? Does it have unique features that people like, or need, or want. Lastly is it commercially feasible? That means that you can sell it, or make and sell it, for certain margins.”

I like this graphic a lot myself because it conveys in simple terms what inventors struggle to understand and what patent attorneys and patent agents struggle to explain.  There are a great many inventions that can be patented, but the fact that you have a patent is not going to necessarily entitle you to great riches.  See A Better Mouse Trap: Patents and the Road to Riches. I always tell inventors that they need to be honest with themselves and answer several questions, chief among them is whether anyone will purchase the product that is represented by the patent.

Acquiring patents cost real money and the only way an inventor will recoup the money invested is if they can charge a premium for the product over and above everything else that is available on the market that can be used to accomplish the same task. And don’t fool yourself, there are almost always other products that can be used as a substitute for any invention.

In my experience, however, when inventors think they have a one of a kind invention that has never before existed they seldom do have such an invention.  That isn’t to say they do not have something worth pursuing.  Thomas Edison, the most famous American inventor of all time made an entire career out of improving upon other inventions to make them far superior.  Most inventions are improvements, so don’t be discouraged if what you have is an improvement. Improvements to existing products or services can be and often are the best types of invention because you do not need to explain to consumers why they need your invention; a market already exists.

One thing that patent attorneys, including myself, are terrible at is advising clients about the commercial feasibility of their product, which as Lambert points out is essential to any licensing determination.  Patent attorneys and patent agents are very good at telling you the likelihood of being able to get a patent and quite good about giving you an honest assessment of what you can expect in terms of breadth of protection.  Patent attorneys and agents can also be good at working with you to compare your invention to others available on the market and those already patented or the subject of a patent application.  This is what we do.  We obtain patents and review previously issued patents and published patent applications to advice clients about the likely chances of getting a patent.  During the patenting process we work with Patent Examiners distinguishing prior art and trying to convince the Patent Examiner to issue claims.

Patent attorneys and patent agents are far less good at is helping inventors with commercial feasibility.  While it might come as a shock to some, the Patent Office never asks whether your invention is commercially feasible.  That is for you to determine and the answer plays no role in determining whether a patent will be issued.

Exceptions to the Rule

Lambert did point out: “There are things that deviate from the rule, but this is the general rule.”  He used the example of toys and games, saying “toy products generally aren’t patented, so there are things like that come into play, but generally speaking this is what we would call a licensable product.”

Thus, even in the search for the definition of “licensable products” there are no absolutes, but you will not go wrong spending time asking yourself if your invention satisfies the patentable, marketable and feasible test.  Indeed, the exceptions to the rule do more to prove the rule than anything else. It will be the rare case where the patentable, marketable and feasible trifecta is not satisfied and there is still a licesable product.

If your invention meets the patentable, marketable and feasible test you are in the comfortable space where you have something that has all the right characteristics for a licensing deal.  If you are not all hope isn’t lost, but you will be facing an uphill battle.  Perhaps there are countervailing considerations, such as with toys and games, but do be honest with yourself.  There is no reason to continue to try and pound a round peg into a square hole.  You waste time and financial resources doing that when you could be looking for the square peg that will slip right into that square hole.

Remember, as an inventor you are a creative person and creative people seldom, if ever, have only one creative idea in their lifetime.  Learning when to pursue an invention full force and when to put it aside to work on another project is critical.  I wouldn’t recommend you ever throw away an invention or completely abandon one, but at times it can be useful to put it in box for a while.  Who knows, you might be able to come back to it later on with fresh eyes and a new perspective.