Benefit of the Secondary Patent Market to Startups 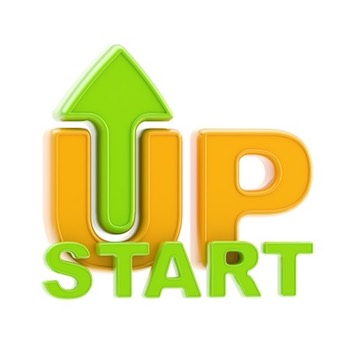 Secondary markets are defined as the places where previously sold products or issued securities are subsequently bought and sold. For example, when a company issues shares through an issuance or private placement, the shares are first sold on the primary market. Any subsequent trading of these securities occurs on the “secondary market”. Another example of well-known secondary market is the real estate market. Homes and buildings are seldom built, bought, and owned exclusively by one tenant for their entire life. This is particularly true of office buildings and apartment complexes. These buildings are typically built by one party, and managed by another. This specialization where builders build, managers manage, and renters rent is driven by the market because it is the most efficient arrangement.

The validity of secondary markets for a variety of goods and services is never questioned. Securities are sold and resold many times after their initial offering, homes and buildings and built and resold many times, as are automobiles. A quick review of the products listed an eBay leaves little doubt that a robust secondary market exists for many goods and services across the American economy.

However, not everyone is in agreement that a secondary patent market is beneficial. For some reason, many people villainize companies that practice patent licensing. Even resorting to the use of pejorative terms such as “patent troll” to describe these businesses. These detractors fail to account for the fact that inventors may not be the most efficient licensors. In addition, they don’t take into account that, just as a builder generates revenue to build more buildings by selling their current ones, companies that sell or license patents help fund further R&D with the proceeds.

FTC Commissioner Maureen Ohlhausen, while speaking at the joint USPTO/CPIP conference The Economic Contribution of Technology Licensing on June 8, 2016 stated that “patenting technology and commercializing are increasingly separate acts undertaken by different entities and connected by patent licenses … after the fact.” She went on to indicate the opinion that the secondary patent market does “not undermine the patent system’s core function.”

Some of Ensemble’s technology ended up in the IEEE 802.16 standard. We also created a small portfolio of around 15-20 patents and patent applications, most of which named me as an inventor. Interestingly, figures from some of the patent applications were versions of some of the figures in the standard (possibly because I drew both versions). Unfortunately, Ensemble was growing fast at about the time the dotcom bubble burst. Some of Ensemble’s largest customers, like Adelphia, went into bankruptcy and took licensed spectrum with them. Ensemble’s equipment operated within that spectrum. Not good for Ensemble, but it set the stage for two different startups to receive related but different benefits from the secondary patent market.

First, Ensemble’s investors benefited from the sale of Ensemble’s patent portfolio, recouping a small but nontrivial portion of their investment. Since they were venture capitalists, one can assume this was reinvested somewhere or distributed amongst the funds’ investors. WiLAN was the company that acquired the bulk of the patent portfolio. At the time they were a wireless equipment manufacturing company working in the same standards groups. Together with their own patent portfolio, the Ensemble portfolio set the stage for WiLAN to survive the dotcom era, emerging with a technology licensing business model.

The second company that directly benefited from the secondary patent market was the company I co-founded shortly before Ensemble’s hard times. As part of my work in broadband wireless standards, I saw a market for femtocell ASIC’s to drive down the price of scheduled wireless to compete with WiFi for multimedia distribution. A friend and I started a company and started looking for funding. Fortunately, NextWave had been working with Ensemble, trying to free the spectrum locked in bankruptcy by the likes of Adelphia. NextWave was very aware of Ensemble’s technology, our patent portfolio, and my contribution. NextWave had faith in my ability to lead the development of valuable intellectual property. They funded my new startup for two reasons. First, they had a belief in the market we were pursuing. But second, as a fall back plan, they believed in our ability to generate patents that would be worth something on the secondary market if we didn’t succeed. This correlates directly with Zorina Khan’s observation that “Successful inventors were able to leverage their reputations and underwrite … research and development”.

In 2009, I co-founded a second startup. This time to develop technology to improve the distribution of video over broadband wireless. We did the initial work in our spare time and filed provisional patent applications while seeking funding. Funding came from a familiar source – WiLAN. Initially, WiLAN provided funding to convert our provisional applications to utility applications. The applications were collateral, indicating they were valuable even if the startup did not succeed. Ultimately WiLAN acquired us, and we became their R&D arm, developing prototypes of products using the technology we developed. We received funds to file patent applications, and again our R&D was funded partially on the belief that we could generate patents that would be worth something on the secondary market.

I know from experience that the benefits of the secondary market to startups are real, and there are numerous benefits beyond what I have personally experienced. In the worst case, investors can recoup a part of their investment as a fallback if things go wrong. But to help prevent things from going wrong, the secondary market can provide options to the start-up during the critical early days. For example, a start-up can sell or license their technology when they need working capital. Licensing companies in the secondary market can help make that happen.

Startups are more likely to receive funding if the team and technology are expected to generate strong patents. Startups can also receive assistance from licensing companies that are better equipped to enforce patents against infringers. These secondary market benefits are in addition to the benefits patents provide a startup by protecting their market and products.

Ken Stanwood Kenneth Stanwood is Chief Technical Officer of WiLAN Inc.  He is an inventor and entrepreneur with more than 150 issued US patents and numerous foreign counterparts.  He supports WiLAN’s technology [...see more]