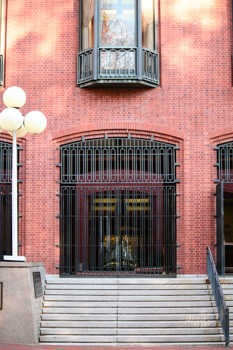 Murata sued Daifuku for infringing its patents on the use of automated material handling systems used in manufacturing semiconductor devices. The original complaint alleged infringement of three patents. A year later, Murata moved to amend its complaint to add two new patents.  Daifuku filed petitions for inter partes review (“IPR”)of the patents in the original complaint, and moved to stay the litigation pending the outcome of the IPR’s. Daifuku argued for a stay based on the traditional three-factor test: (1) stage of the proceedings, (2) potential for the stay to simplify the case, and (3) undue prejudice to the non-moving party or a clear tactical advantage for the moving party.  Murata opposed, and asked the district court to consider whether the stay would reduce the burden of litigation on the parties and the court. The district court stayed the case.  It also granted Murata leave to amend its complaint to add two more patents, but made clear that the stay would remain in place. The district court also specifically allowed Murata to move to lift the stay if there was a legitimate reason to do so.

After the Patent Trial and Appeal Board (“Board”) instituted an IPR on each of the original three patents, Murata moved to lift the stay only as to the two new patents, arguing the three-factor test, but not discussing whether a partial lift in the stay would reduce the litigation burden. Daifuku responded by filing IPR petitions on the two new patents. Before the district court could rule, Murata moved for a preliminary injunction against Daifuku for infringement of the two new patents.  The district court did not lift the stay, by applying the three factor test, and considering the litigation burden.  Further, because it denied the stay, it held that Murata untimely filed its motion for a preliminary injunction, and refused to consider it.  Murata appealed.

The Court first held that it had jurisdiction to consider the district court’s refusal to lift the stay as to the two new patents because the decision was included in the same order that denied a preliminary injunction.  The Federal Circuit generally does not have jurisdiction to consider whether a district court properly refused to lift a stay because it is not a final judgment.  However, it has discretion to review such an order if it is inextricably linked to an order the Court does have jurisdiction over.  Here, the Court has jurisdiction to review the denial of a preliminary injunction, and exercised its discretion to review the refusal to lift the stay.

In view of the Court’s opinion, patent defendants may find it easier to obtain a stay in a patent case, even where all claims or all patents are not involved in IPR proceedings at the patent office, where litigating only some patents would be unduly burdensome.  Likewise, patent plaintiffs may find it more difficult to avoid a stay due to an IPR by adding new patents to the complaint.

Parker Hancock and Puja Dave also contributed to this summary.