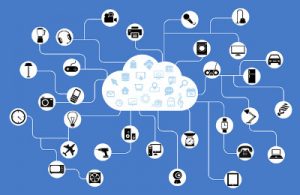 There is very little stopping the ever-increasing consumption of data on mobile wireless platforms by consumers all over the world. American networking equipment developer Cisco Systems (NASDAQ:CSCO) released a Visual Network Index this February found that mobile data traffic has grown 4,000-fold over the past decade and nearly 400-million-fold during the previous 15 years. By the end of 2015, mobile data traffic across the world reached 3.7 exabytes (3.7 billion gigabytes) per month. Exponential growth in mobile data traffic will likely continue through 2020, when Cisco predicts that monthly mobile data traffic will reach an astounding 30.6 exabytes.

Much of this increased traffic growth on mobile platforms will be spurred on by 5G networks which will be commercially deployed on a limited basis sometime next year. 5G connectivity improves the amount of data that can be transmitted wirelessly by an order of magnitude. For example, the 4G Long-Term Evolution (LTE) network offered by Verizon Communications (NYSE:VZ) offers a top download speed of 12 megabytes per second, a broadband speed which is 10 times greater than 3G speeds. By comparison, early 5G technologies developed by Verizon had demonstrated speeds of 3.77 gigabytes per second, hundreds of times faster than its 4G network. At those speeds, the conversation on the future of mobile networking goes beyond the ability to stream high-definition videos and begins to include autonomous vehicles, the Internet of Things and other technologies which need high data traffic capability to perform well.

There are challenges that must be overcome through innovation before 5G becomes commercially feasible. Device-to-device communications, which allow mobile device owners to communicate directly without a base station, face challenges of inter-cell interference caused by many small cells operating in an area, as well as difficulties in device discovery. Software defined cellular networks, which are directly programmable without hardware changes, offer simplified network design and dynamic configuration capabilities, but global standards and network infrastructure application are still lacking.

To address these and other issues, the White House recently announced a $400 million initiative for advanced wireless research, which will be spearheaded by the National Science Foundation (NSF). The NSF will be involved in establishing city-sized research platforms for wireless communications, supporting fundamental research and engaging communities to bring together academic, corporate and civic groups for advanced wireless projects. NSF will be aided in these tasks by US Ignite, a public-private partnership which will offer incentives for gigabit networking technology developments by bringing together a consortium of networking companies and agencies.

At the time that the initiative was announced, US Ignite already counted 21 members in its consortium, including such tech giants as Verizon, AT&T Inc. (NYSE:T), Intel Corporation (NASDAQ:INTC), Qualcomm Inc. (NASDAQ:QCOM) and Samsung (KRX:005930). Together, these companies have already pledged to invest $35 million in cash and in-kind donations to support the construction of city-sized research platforms; NSF itself will commit $50 million to this particular project beginning in the 2017 fiscal year. One company in the consortium which is focused squarely on wireless mobile device technologies is InterDigital (NASDAQ:IDCC), headquartered in Wilmington, DE.

According to John Kaewell, engineering fellow at InterDigital, the company has a lot of interest in the future of 5G mobile networks. “So many new technologies are coming into play with 5G, it could consume all of our engineering focus,” Kaewell said. He discussed only a few of the potential applications which could be enabled by 5G technology, such as intelligent video and vehicle communication networks.

It was too early to define InterDigital’s role with the consortium at the time of our interview with Kaewell, although the potential for improved development of advanced wireless technologies was clear. “Some ideas look great in a lab, then you take them into the field and discover attributes that fall short in the real environment,” Kaewell said. “What’s interesting is the collaboration between industry and government and universities to try and lure some of these new ideas.” Given the fact that 5G networking would involve the solution of very complex problems, the consortium approach makes sense to Kaewell. “It’s hard for one entity to do it all,” he said. “I really like the fact that this kind of approach is taken. This will be a great help to getting to interesting ideas in the market sooner and proving the math sooner.”

One of the issues to overcome for 5G connectivity involves the natural limitations of the millimeter-wave band in which 5G networks will operate. A day before the consortium announcement, the Federal Communications Commission (FCC) announced that it was making 11 gigahertz (GHz) worth of spectrum available in the range above 24 GHz for mobile and fixed-use wireless broadband. The millimeter-wave band of the electromagnetic spectrum is capable of transmitting large amounts of data but large building and even weather events can produce interference which affects network performance. Samsung, one of the companies in the wireless consortium, has been developing solutions for improved millimeter-wave transmissions including phased array antennas which offer both high gain and wide spatial coverage capacity.

Kaewell expects that InterDigital will work with other companies in the consortium. “Today I can’t tell you who we’ll resonate with,” he said, but added that “I think that as you start to dialogue, you’ll find a natural alignment among different companies.” This isn’t the first time that InterDigital has been involved in a multi-organization consortium and Kaewell noted the company’s previous involvement in other NSF initiatives, including Grant Opportunities for Academic Liaison with Industry partnerships and the multi-university project Broadband Wireless Access and Applications Center (BWAC). In Europe, InterDigital has cooperated with the Horizon 2020 5G Berlin and the Bristol Is Open smart cities initiatives.

Despite an early rollout of 5G networking capabilities by some telecom companies next year, Kaewell believes that a fully implementable 5G system release would come out in the 2022 time frame. That’s when the standard will have gelled enough in order to build commercial systems out of the developments of the advanced wireless testbed consortium. Kaewell expected the consortium to be very useful in exploring devices, waveforms and access techniques for millimeter-wave devices. “Bringing together a critical mass of expertise and talent in this collaborative manner […] has great benefits for the U.S. and its position in this market,” he said.