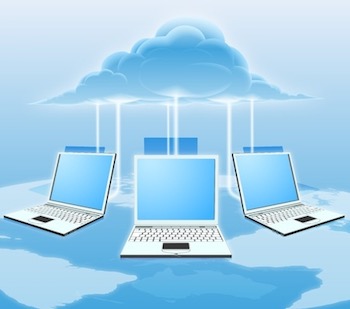 The Internet of Things (IoT) continues to loom large over the near future of technological innovation. Global technology consulting firm Gartner forecasted that 6.4 billion objects having network connectivity will be in use by the end of 2016. Although consumer products have commanded much of the media attention focused on IoT, the industrial Internet sector of IoT will wind up proving to be incredibly valuable. The integration of data analytics tools with physical industrial equipment is an industry that will grow by a compound annual growth rate (CAGR) of just over 8 percent between 2015 and 2020. According to market research firm MarketsandMarkets, the industrial IoT market will eclipse $151 billion USD by 2020.

One of the companies which has positioned itself strongly in the industrial Internet sector is American conglomerate General Electric (NYSE:GE) of Fairfield, CT. This company has been melding the massive industrial machinery it manufactures, such as wind turbines and aircraft engines, with sensor networks and computer software platforms which allow the company to better ensure the operational efficacy of its equipment. A 2015 study of the industrial Internet’s impacts on corporations produced by GE and strategy firm Accenture indicates that big data analytics were within the top three priorities for 80 to 90 percent of corporate executives across eight industry sectors; the aviation, wind and power generation industries each eclipsed 90 percent in this regard.

Now General Electric has another major tech firm in its corner which will provide it with the cloud-based platform that should help GE greatly expand the reach of its industrial Internet services. On July 11th, Microsoft Corporation (NASDAQ:MSFT) of Redmond, WA, announced that its Azure cloud service would make GE’s Predix platform available to industrial consumers. Microsoft is planning full integration of GE’s Predix with a variety of Microsoft applications including Azure IoT Suite, Cortana Intelligence Suite, Office 365, Dynamics 365 and Power BI.

Predix is a platform as a service (PaaS) solution for industrial customers looking to develop software apps which take machine data and parse it with analytics to improve performance or stay ahead of necessary maintenance. GE has spent more than $1 billion in recent years to develop the platform but the company expects the service to be profitable. Last September, GE representatives announced that Predix had already brought in $5 billion in revenues and the company expected an additional $6 billion in future sales.

General Electric and other corporations have been busy developing industrial applications for the Predix platform. This April, GE released Asset Performance Management, a data analytics app that monitors performance and operational risks for both GE and non-GE equipment. An aviation app developed in partnership with the Middle Eastern airline company Flydubai has been designed to reduce aircraft downtime, improve real-time scheduling and improve the operational understanding of pilots. In early July, GE announced a collaboration with the Swiss-based Schindler Group, a developer of elevators, escalators and other mobility solutions, to develop a Predix app that would predict service issues early for eliminating downtime and improving customer service. 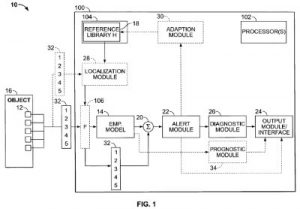 Improved methods for monitoring objects to predict their operational condition can be found within General Electric’s U.S. Patent No. 9256224, entitled Method of Sequential Kernel Regression Modeling for Forecasting and Prognostics. It protects a method for determining the future operational condition of an object which involves creating an input matrix including multiple input vectors indicating an object’s condition as determined by a sensor during a single point in time and calculating that against a reference matrix for the normal operating condition of the object. This innovation has been developed to better incorporate time domain information captured by object sensors in predictive condition monitoring, a task many conventional monitoring systems don’t accomplish. 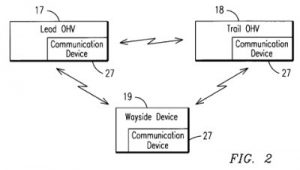 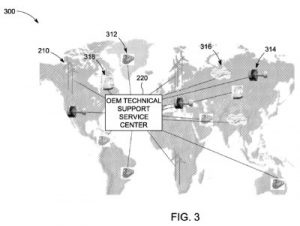 General Electric’s hope is that its PaaS Predix platform can be scaled up greatly by Microsoft’s Azure cloud to reach a wide audience of industrial customers. Azure offers infrastructure-as-a-service (IaaS) cloud solutions which host platforms like Predix in managed data centers. Microsoft’s earnings report for the fourth quarter of 2016, which the company released on July 19th, indicated that server products and cloud service revenues increased by $253 million during the quarter based on Azure’s year-over-year revenue growth of 102 percent for the fourth quarter. That same day, global technology consulting firm Gartner released a technical assessment of IaaS services and Azure was rated second-best out of the three major infrastructure providers, being edged slightly by Amazon Web Services in the overall ranking. In a recent blog post typed by a Microsoft executive, the company announced that Azure Stack, a turnkey integrated system which will allow Azure customers to run Microsoft’s cloud services on their own data centers, will be released to consumers in the middle of the 2017 calendar year. 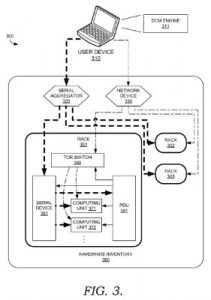 Microsoft’s research and development has focused on methods for smoothing the process of expanding data centers, as is reflected within U.S. Patent No. 9367360, entitled Deploying a Hardware Inventory as a Cloud-Computing Stamp. It protects hardware memory media devices having computer-executable code which is executable to convert a hardware inventory into a fabric-computing cluster (FCC); the conversion method involves establishing a communicative coupling between a user device and computing units providing additional compute or storage capacity to a data center, and then provisioning the computing units with software allowing those units to function as an FCC of the data center. This technology is designed to create an automated end-to-end process for expanding a data center for incorporating hardware inventory into the cloud-computing fabric in a way that is consistent and efficient. 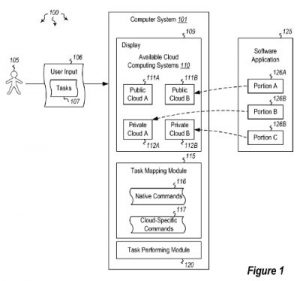 More effective methods for monitoring application processes on the cloud is featured within Microsoft’s U.S. Patent No. 9229771, entitled Cloud Bursting and Management of Cloud-Bursted Applications. It protects a method for bursting application portions to cloud computing systems which involves identifying particular commands for invoking cloud functions which are on separate cloud networks and then mapping the commands to each other. This system helps cloud consumers transition between cloud services more quickly if they choose a new service based on bandwidth price, hosting price or location.