Toxic algal blooms of today could become the biofuels, fertilizers and antibiotics of tomorrow 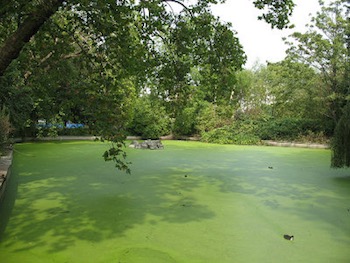 The recent harmful algal bloom (HAB) coursing through four counties in the state of Florida is garnering a great deal of media attention, but it’s not the only bloom affecting U.S. waterways. In mid-July, state officials in Utah shut down public access to Utah Lake, a freshwater body just outside of Provo which was 90 percent covered with algal bloom at the time of the order. In the Great Lakes region, scientists expected a toxic bloom to occur once again this year in Lake Erie, although more moderate rainfall this spring should make the bloom smaller than in years past. The frequency of algal blooms in America could increase if the country’s climate becomes warmer and better remedies for agricultural runoff aren’t implemented.

Recently, we explored technologies for fighting algal blooms which run the gamut from techniques for depleting phosphorus and nitrogen nutrients and ultrasonic technologies for ripping away at the cellular walls of algae. Today, we’ll turn the conversation towards productive ways that algae can be repurposed into commercial products, turning an environmental crisis into a consumer opportunity.

Cyanobacteria, also known as “blue-green algae,” are the most common culprits behind the noxious algal blooms seen in Florida and elsewhere. It converts nutrients like nitrogen into ammonia, a chemical which is seen in many commercial fertilizers. It’s also believed that many of the world’s oil deposits which date back to the Proterozoic Eon, the latest part of the Precambrian time just before complex life formed on Earth, were formed because of cyanobacteria activity during that period.

Last March, researchers from Western Michigan University (WMU) made a presentation at that year’s national meeting of the American Chemical Society (ACS) on how algae could be transformed into biofuels and fertilizer. The WMU system was optimized for use near small farms, sources of much of the agricultural runoff which contribute to algal blooms in bodies of water. A 3D printed substrate developed by the research team grows algae in a controlled environment. The algae, which can be produced at a rate of two to eight times faster than ethanol feedstocks, can be collected for conversion into biofuels or fertilizer.

Additional study into the potential use of cyanobacteria algae as a feedstock for biofuel was being conducted as part of lake pollution research taking place at the University of Buffalo. In 2013, an environmental engineering team had constructed a vacuum system incorporating two 40-foot flumes to pump algae-laden water out of Lake Erie. Although the project was largely focused on water quality remediation, the team was also constructing a database of the physical properties of blue-green algae which could be used to determine the commercial properties of cyanobacteria.

Not far down the New York State Thruway, the Rochester Institute of Technology (RIT) recently engaged in a three-month pilot project focused on growing microalgae in controlled conditions as a renewable energy feedstock. Conducted in coordination with local renewable energy firm Synergy Biogas, RIT researchers worked with an anaerobic digester in Covington, NY, capable of treating up to 52,000 gallons of wastewater each day. The team is looking to see how effective the microalgae is at converting digested biomass from agricultural runoff. Lab results show that the technology was capable of reducing phosphorus pollution from runoff by 90 percent, down to 0.1 parts per million. The algae grown by the team planned to convert microalgae into ethanol and biodiesel feedstock by isolating the lipids. Further conversion techniques using the anaerobic digester would further extract lipids and carbohydrates for fertilizer.

Algae production could provide environmental benefits beyond scrubbing agricultural runoff of excess phosphorus and nitrogen. In late January, the ACS journal Industrial & Engineering Chemistry Research published a paper resulting from a joint research project between a pair of Mexican universities. The paper suggests the use of algae production to reduce carbon dioxide (CO2) emissions in flue gas from industrial facilities. The system, developed by researchers from both the Universidad Autónoma de Sinaloa and the Universidad Michoacana de San Nicolás de Hidalgo, is primarily focused at reducing CO2 emissions. The system also had the effect of reducing the costs of growing algae for biofuel feedstocks by 90 percent, although researchers still felt that an algae-based biorefinery was still economically unfeasible at that time.

Some of the economic challenges in developing biofuels from algal blooms are outlined within a 2011 paper sponsored by the National Institutes of Health (NIH). At that time, algae-based biofuel production costs using conventional technologies were anywhere from $300 USD to $2,600 USD per barrel, much higher than the production costs of petroleum, which have since dropped dramatically in recent years. The economic disincentive associated with algae exploration when compared to petroleum is very real, but not the only challenge. Challenges preventing increased biofuel production from algae resources include the need to find more efficient algae harvesting techniques, more cost-effective oil extraction and effective use of land and water. Conquering these challenges should reduce the cost per barrel, but much research is still to be done.

Despite the challenges that lie ahead, scientists and innovators remain optimistic.  For example, effective biofuel production from algae sources could result from genomic sequencing of algae cells. On this front, scientists at the University of Washington were working on such a project through last November, attempting to sequence the genes of the highly abundant Chrysochromulina tobin to determine the algae’s biological processes throughout the day. The team found that the fat content of algae is higher during the day than it is at night. Researchers also found antimicrobial properties in the genetic structure of this algae, which could presage the future use of some kinds of algae in antibiotics.

The aviation industry is also interested in algae as a potential source of alternative fuels to reduce CO2 emissions. A project at the Technical University of Munich financed in part by French aerospace developer Airbus Group (EPA:AIR) is exploring the potential use of algae-based biofuels in jet fuel. Researchers believe that such algae-based jet fuels will only replace a maximum of 5 percent of fossil-based jet fuels but it could become part of a combination of biofuels which eventually obviates the need for kerosene.

A search for algae biofuel patents through the analysis tools available at Innography renders a list of 404 U.S. patent grants related to this field. One such patent is U.S. Patent No. 9376656, titled Photobioreactor System and Method for the Growth of Algae for Biofuels and Related Products and issued June 28th to solo inventor Brad W. Bartilson of Columbia, NJ. It claims a photobioreactor comprised of layers of film forming a sealed structure at their perimeters and forming parallel flow channels opposite a couple of manifolds in fluid communication with the flow channels. A protective layer of a mesh or transparent material is positioned above the photobioreactor’s top film layer and serves as a secondary photobioreactor for alternative photosynthesis options. This photobioreactor system is designed to address the problem of cost-effectiveness in algae biofuel production schemes in which sunlight-based photosynthesis typically proves to be an upper limit on production. 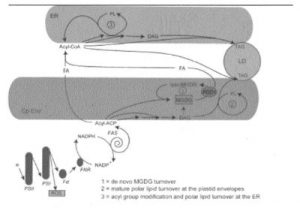 Michigan State University has also waded into the waters of biofuel production from algae, as is evidenced by the issue of U.S. Patent No. 9315838, entitled Method to Increase Algal Biomass and Enhance Its Quality for the Production of Fuel. This patent, issued to the academic institution on April 19th, discloses a recombinant cell with a nucleotide sequence encoding a lipase polypeptide as well as a method of culturing the cell under conditions to produce oil containing triacylglycerol (TAG). This innovation is designed to improve the production of TAG from algae and other cells for conversion into fatty acid methylesters (FAMEs), a biodiesel.