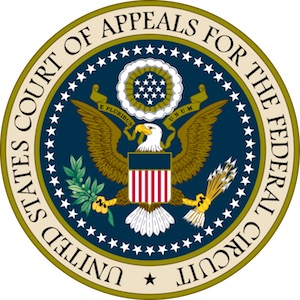 In a July 26, 2016 decision, the Federal Circuit reversed a Patent Trial and Appeal Board (“Board”) final written decision, on the grounds that the Board improperly shifted the burden of proof on the issue of obviousness to the Patent Owner.  Petitioner McClinton Energy Group originally filed an inter partes review (“IPR”) petition challenging the validity of claims in a patent owned by Magnum Oil Tools and directed to hydraulic fracturing, or “fracking.”  The IPR was instituted, and the Board found all of the challenged claims unpatentable as obvious in view of several prior art references.  Following trial, McClinton and Magnum entered into a settlement agreement, which provided that McClinton would not participate in an appeal of the Board’s decision.  When Magnum appealed, the Patent Office intervened to defend the Board decision.

The Court clarified that there exists both a burden of persuasion and a burden of production, the latter of which may entail producing additional evidence and presenting persuasive argument based on new evidence or evidence already of record.  In an IPR, the petitioner bears the ultimate burden of persuasion on the issue of unpatentability by a preponderance of the evidence under 35 U.S.C. § 316(e). This burden never shifts to the Patent Owner.  The Patent Office contended on appeal, however, that “the burden of production—or the burden of going forward with evidence, shifts between the petitioner and the patent owner” as soon as the Board institutes an IPR on the basis that “there is a reasonable likelihood that the petitioner would prevail.”  The Court disagreed, finding that burden-shifting is inapposite in the context of an IPR because the appropriate patentee position in response to an IPR is to assert that the Petitioner failed to meet its burden of proof.

Finding no basis for the Board’s decision apart from conclusory statements from McClinton, which could not satisfy the petitioner’s burden of demonstrating obviousness, the Federal Circuit reversed.

The Court’s ruling (i) clarifies that Patent Owners bear no burden for proving that challenged claims are not obvious in response to an instituted IPR Petition, and (ii) counsels that Petitioners must adequately develop arguments during trial to support burdens that the Petitioner alone bears.