Ask patent attorneys who routinely represent clients in TC 3600 about the biggest problems they face and one of the recurring answers you will hear relates to examiners preventing an appeal. Certain examiners, it seems, simply will not let you get to an appeal. But how is that possible?

“Every applicant, any of whose claims has been twice rejected, may appeal from the decision of the examiner to the Board by filing a notice of appeal accompanied by the fee set forth in §41.20(b)(1) within the time period provided under §1.134 of this title for reply.”

It would seem that Rule 41.31(a)(1) says that every applicant has the right to appeal and there would seem to be nothing the examiner could do to prevent the applicant from appeal. Well, not exactly. 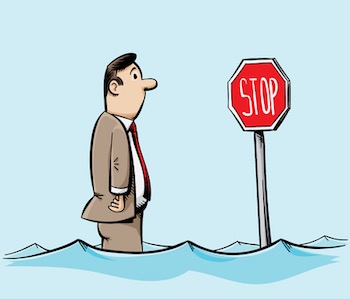 Due to a bizarre jurisdictional “feature,” the Board does not actually get jurisdiction over a case until either a Reply Brief has been filed or the time to file a Reply Brief has run. See 37 CFR 41.35(a). Applicants have a right to file a Reply Brief in response to an Examiner Answer. See 37 CFR 41.41. What this means is the patent examiner, in order to frustrate the applicant’s ability to have the Board hear a case, can simply refuse to file an Examiner’s Answer and instead reopen prosecution.

Unfortunately, the reopening of prosecution after the applicant has filed an appeal brief happens all too often, particularly in TC 3600.

Just focusing on Art Unit 3689, I’ve located at least a dozen instances [1] over just the last several years where the applicant filed an appeal brief and prosecution was reopened. In each of these cases the Supervisory Patent Examiner (SPE) authorizing reopening of prosecution was Janice Mooneyham. This list is not exhaustive. I also located numerous other examples where this same pattern occurs in other Art Units in TC 3600 as well. [2] However, this phenomenon is not observed in all Art Units in TC 3600, which suggests this tactic is supervisor dependent and not a TC wide policy. For example, recent examples of reopening after an Appeal Brief was filed could be found in Art Unit 3628.

One of the most egregious cases of reopening prosecution after an Appeal Brief was filed comes from Art Unit 3622 in Application 13/838,714. The Appeal Brief was filed on May 28, 2014, which was less than one month before the Supreme Court’s decision in Alice v. CLS Bank. On August 14, 2014, the examiner notes that prosecution is reopened in light of guidance received as the result of Alice, which seems reasonable. What is inexplicable, however, is the fact that the examiner also objected to the drawings, objected to the specification and asserted new 102 rejections. There is nothing in Alice that could have possibly lead to the examiner realizing an objection to the drawings was now all of the sudden appropriate. If there were a problem with the drawings and/or the specification the examiner should have noticed well before this point. This type of harassing action sends a clear message to the applicant — no patent will issue under any circumstances, period.

Another example that strikes me as particularly egregious is what happened in Application No. 12/586,574. In this case an Appeal Brief was filed on January 31, 2013. Then over seven (7) months later prosecution was reopened with new grounds of rejection being asserted on September 18, 2013. Prosecution again moves forward, with another Appeal Brief being filed by the applicant. This time a new ground of rejection is raised in the Examiner’s Answer on December 2, 2014, being approved by TC Director Greg Vidovich. With multiple appeal attempts being thwarted by new grounds of rejection who can blame the applicant for abandoning the application, which happened on September 16, 2015.

What makes many of these cases particularly worrisome is the fact that, at least in Art Unit 3689, the Office Actions reopening prosecution typically conclude that the arguments made in the applicant’s Appeal Brief are moot because they do not apply to any of the new references or new rejections being made. Well of course the arguments in the appeal brief would be moot when the examiner came up with all new rejections! So after unreasonable rejections and refusing to deal with the applicant the examiner moves the goal posts and in a rather condescending way brushes off the applicant’s Appeal Brief.

In all by the most recent example of Art Unit 3689 moving the goal posts after the filing of an Appeal Brief (i.e., Application No. 13/794,814), which had prosecution reopened just days ago, the applicant gave up. How can you blame applicants for giving up? Delay, reject, frustrate and prevent the Board from reviewing frivolous examiner rejections. This isn’t how the system is supposed to operate.

When an examiner reopens prosecution in this manner the applicant is told they can either engage in prosecution again, which some did for a while, or they can file a new appeal right away. Filing another appeal brief right after prosecution was reopened when your last appeal brief was completely ignored doesn’t exactly seem like a wise or worthwhile strategy. But then again neither does prosecuting an application once an examiner you believe has been unreasonable, in an Art Unit with a reputation for being unreasonable, has just prevented your reasonable grievances from being addressed by the Board.

Many in the industry have felt that examiners reopening prosecution after the filing of an Appeal Brief is to prevent the Board from reviewing the ridiculous rejections given to applicants, and to artificially depress the applicant’s rate of prevailing on appeal. If you ask me the problem goes farther than that. Given everything we know that happens in TC 3600, with prosecution reopened even after a complete reversal by the Board, a 1.3% allowance rate in Art Unit 3689 this year, and applicants forced to wait upwards of 14 months for any action after a complete victory at the Board, it is hard to see this strategy as anything other than a strategy to prevent applicants from obtaining patents in the ongoing war of attrition being waged against applicants by TC 3600.

Observing behavior and commenting on that behavior can sometimes have a way of changing the behavior. After all, as Justice Brandeis famously said, sunlight is the best disinfectant. But wouldn’t it be great if the Patent Office changed this “us against them” mentality and started issuing patents rather than harassing applicants relegated to the dungeon that has become TC 3600?

I’m not going to hold my breath, but the applicants on the cases listed below may understandably be hoping for the best. I’ve discovered these twenty-three (23) applications currently in Art Unit 3689 where the applicant has filed an Appeal Brief and the application has yet to have prosecution reopened or an Examiner’s Answer filed. It will be interesting to watch these applications over the next several months (or longer). Will prosecution be reopened in any of these cases where an Appeal Brief has been filed? If so, how many?

It seems that when the applicant has received frivolous rejections on an application prosecution is reopened after an Appeal Brief is filed. In cases where the examiner and SPE feel confident that the Board will affirm the examiner the case is allowed to go forward to the Board. Time will tell which category these applications fall into based on whether an appeal is allowed to go forward or whether prosecution is reopened, thereby thwarting review by even an impotent Board that has its reversals ignored with great frequency by the TC Director.

[1] An illustrative list of cases where SPE Mooneyham reopened prosecution in Art Unit 3689 after the applicant filed an Appeal Brief is listed below.

[2] Here is a list of other cases where prosecution was reopened in elsewhere in TC 3600 after the applicant filed an Appeal Brief is listed below. Omitted are situations where the appeal brief was filed shortly before the Supreme Court issued its decision in Alice v. CLS Bank, with reopening solely for new 101 Alice rejections. This illustrative list is not an exhaustive list by any means.