Administrative Purgatory: Waiting 14 months and counting for action after Board reverses examiner 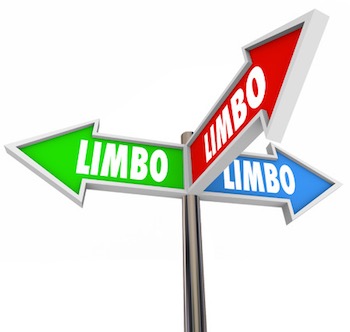 Imagine you filed a patent application over thirteen (13) years ago. You would probably expect that you would have a final decision, one way or another, by now.

Incredibly, inventor Mark Beck still does not have a final decision in his patent application — Application No. 10/447,823 — which he filed on May 29, 2003. Worse yet, Beck earned a complete reversal of each and every rejection made by the patent examiner in an appeal to the Patent Trial and Appeal Board. The Board decision issued on May 5, 2015, which is over 14 months ago. See Ex parte Mark Beck. In what can only be characterized as a breathtaking show of disregard for the Board, the Patent Office has still not taken any action on Beck’s application.

Beck won a complete and total reversal of all examiner rejections over 14 months ago and he still has no patent. More astonishing, the TC Director has not authorized reopening of prosecution either. So it seems the victorious Beck finds himself in an administrative purgatory. Since he was completely victorious on appeal to the Board there is nothing for Beck to appeal. Effectively prevented from seeking redress by an Article III court, Beck must wait hoping that a patent examiner will eventually decide to either allow the case or ignore the Board and reopen prosecution. In the meantime, the Patent Office apparently has the authority to do nothing.

Unfortunately for Beck, and many other inventors, examiners and TC Directors in Technology Center 3600 choose not “to carry into effect the decision” of the Board, as they are directed to do by 37 CFR 41.54. Typically what is done in TC 3600 is the Board decision is just ignored and prosecution is reopened using the extraordinary authority provided in 37 CFR 1.198. New searches are conducted in violation of MPEP 1214.04, and applicants are subjected to further harassment by examiners. See The Impotence of the Patent Trial and Appeal Board. That is not what is happening here though.

This case sheds light on what seems to be an unfortunate, and perhaps well-coordinated plan. Delay, frustrate, harass and ignore patent applicants. Issue frivolous rejections if necessary, but reject at all costs. If the Board issues a complete reversal just reopen prosecution. Eventually the patent applicant will get the idea and abandon the application, which is sadly what generally does happen. TC 3600 seems to be fighting a very successful and coordinated war of attrition against applicants.

Attorneys and applicants have complained about the nonsense within TC 3600 for years. Over and over again the Patent Office says they look into the situation but there is no merit to the complaints. Meanwhile, patent examiners in these Art Units laugh openly about what management tells the public, and the media. They also proudly proclaim that there is nothing anyone is going to do to get them to issue patents because even if senior management were to identify the problems they would be at the Office far longer than any of the senior managers, who are really just transitioning out anyway.

So who exactly is running the Patent Office? If senior managers are in the dark, which is becoming increasingly difficult to believe, they had better quickly get a grip on what is actually happening and stop letting the inmates run the asylum. Examiners and TC Directors that fundamentally hate patents and are willing to go to whatever lengths it takes to deny applicants patents. These recalcitrant employees are doing real damage to the institutional fabric and integrity of the Patent Office, not to mention America’s innovative economy.

As problematic as the systemic reopening of prosecution in TC 3600 is, the outright refusal to even acknowledge a reversal by the Board for over 14 months is far worse. It is unconscionable that the Patent Office would allow an applicant who was forced to appeal bogus rejections to further be thwarted after winning a complete reversal. This type of intentional harassment of applicants must be addressed. The Patent Office must open an immediate investigation into this and the many other irregularities within TC 3600. The Commerce Department Inspector General must launch an investigation as well. The Patent Public Advisory Committee (PPAC) should demand answers.

Meanwhile, inventor Beck, who filed his patent application on May 29, 2003, continues to wait. How much longer will he have to wait too even learn whether he has earned the right to be further harassed by the reopening of prosecution?

IMPORTANT NOTE: Mark Beck did NOT cooperate in any way, shape or fashion with the research or writing of this story. Neither did his attorneys or anyone at the firm that represents him. This situation was discovered through the use of public record documents. Therefore, no one at the Patent Office should feel the need to exact any degree of retribution against Beck or his attorneys.