Available Remedies under the DTSA 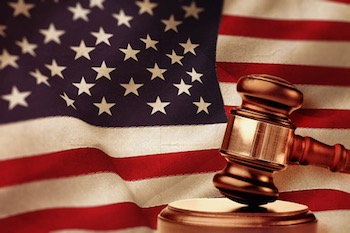 On May 11, 2016, President Obama signed into law the Defend Trade Secrets Act (“DTSA”), which became effective that very same day, and is the most significant development in intellectual property law in recent years. The DTSA amends the Economic Espionage Act of 1996 (“EEA”) to provide for civil remedies in federal courts for the misappropriation of trade secrets, just as owners of other forms of intellectual property, including copyrights, patents, and trademarks, can seek remedies in federal court for violations of their rights. This article addresses specific available DTSA remedies, other than the civil seizure provision that I addressed previously. (See IPWatchdog, July 5, 2016).

The new Section 1836(b) provides for both equitable and monetary relief. Subsection 1836(b)(3) authorizes a federal court to grant an injunction to prevent actual or threatened misappropriation of trade secrets. The language is identical to § 2 of the Uniform Trade Secrets Act (“UTSA”). However, there are a number of limitations as to when a court may issue an injunction under the DTSA. First, the injunction may not “(I) prevent a person from entering into an employment relationship, and that conditions placed on such employment shall be based on evidence of threatened misappropriation and not merely on the information the person knows ….” Section 1836(b)(3)(A)(i)(I).

By requiring “evidence of threatened misappropriation and not merely on the information the person knows,” Congress appears to reject the “inevitable disclosure doctrine.” However, the legislative history makes clear that this limitation shall not limit remedies under state law: “if a State’s trade secrets law authorizes additional remedies, those State-law remedies will still be available. Some courts have found, based on the information possessed by the employee alone, that an injunction may issue to enjoin a former employee from working in a job that would inevitably result in the improper use of trade secrets. Consistent with the overall intent of the Defense Trade Secrets Act …. the remedies …. are intended to coexist with, and not to preempt, influence, or modify applicable state law governing when an injunction should issue in a trade secret misappropriation matter.”  114th Cong. 2d Sess. H.R. 114-529 at 12. Thus, it appears that an injunction based on the inevitable disclosure doctrine is still available in state courts in those jurisdictions that recognize it, but would not be available in federal court.

A second limitation is that the injunction must not “otherwise conflict with an applicable State law prohibiting restraints on the practice of a lawful profession, trade or business.” Section 1836(b)(3)(A)(i)(II). This section is intended to prevent a trade secret owner from interfering with a former employee’s legitimate efforts to obtain employment with a competitor, as well as to interfere with lawful competition recognized by state law.  This limitation may apply to many states including California where “[e]very contract by which anyone is restrained from engaging in a lawful possession, trade or business of any kind is to that extent void.” Cal. Bus. & Prof. Code § 16600. As the Supreme Court of California explained: “California courts have been clear in their expression that section 16600 represents a strong public policy of the state which shall not be diluted by judicial fiat.” Edwards v. Arthur Andersen, 44 Cal. 4th 937, 950, 189 P.3d 285, 81 Cal.Rptr. 282. Further, the Court rejected that the statute was intended to apply only to restraints that were unreasonable or overbroad” and that it should adopt “a narrow-restraint exception to section 16600….” Id.  Thus, it is apparent that section 16600 constrains the breadth of equitable remedies that are available to those that are necessary to protect trade secrets. The sort of injunctive relief that would be required to enforce Plaintiff’s requested injunctions against, for example, solicitation of former customers or current employees as broadly requested in …. Plaintiff’s proposed Temporary Restraining Order is not available.” PSC Indus. Outsourcing, LP v. Kodysz, 2013 WL 3354452 at *3 (E.D.Cal. July 3, 2016).

In another DTSA provision borrowed from the UTSA, the court, “in exceptional circumstances that render an injunction inequitable,” condition the future use of the trade secret upon payment by the defendant of a reasonable royalty “for no longer than the period of time for which the use could have been prohibited.” Section 1836(b)(3)(A)(iii). This may involve a determination of the length of time that it would have taken the defendant to discover the trade secret lawfully through either independent creation or reverse engineering. In some instances this may be a very long period of time.

The DTSA provides for: (i) actual damages; (ii) unjust enrichment “caused by the misappropriation of the trade secret that is not addressed in computing damages for actual loss;” or (iii) “in lieu of damages measured by any other methods, the damages caused by the misappropriation measured by imposition of liability for a reasonable royalty for the misappropriator’s unauthorized disclosure or use of the trade secret.” Section 1836(b)(3)(B)(i)(I), (II), (ii). The legislative history makes clear that the use of a “reasonable royalty” to determine damages should not be encouraged, stating “the Committee prefers other remedies that, first halt the misappropriator’s use and dissemination of the misappropriated trade secret and, second, make available appropriate damages.” 114th Cong. 2d Sess. H.R. 114-529 at 13. However, determining the amount of damages in a trade secret case can be extremely difficult primarily because, unlike in cases involving a stolen tangible item, the victim has not been deprived of its use. Indeed, it is possible for the defendant to have misappropriated and used the information with no discernable impact on the victim. In such cases a reasonable royalty for example, based on defendant’s profits in using the trade secret may be the most reliable measure of damages and should not be rejected by a court.

The court can also award “exemplary” damages of no more than two times the amount of actual damages awarded in the event that the trade secret was “willfully and maliciously misappropriated.” Section 1836(b)(3)(C). This provision is similar to § 3(b) of the UTSA. Finally, “if a claim of the misappropriation is made in bad faith, which may be established by circumstantial evidence, a motion to terminate an injunction is made or opposed in bad faith, or the trade secret was willfully and maliciously misappropriated [the court can] award reasonable attorney’s fees to the prevailing party.” Section 1836(b)(2)(D). This provision is similar to § 4 of the UTSA.

In conclusion, while DTSA makes available to victims the possibility of injunctive relief and damages caused by the misappropriation, victims should carefully consider before bringing suit in federal court and whether the remedies available under state law in a specific case offer advantages as compared to the DTSA remedies. For example, whereas Congress has apparently rejected the inevitable disclosure doctrine under the DTSA, since the DTSA does not preempt state law, it would still be available in those jurisdictions that recognize it. Thus, in certain specific cases, a victim should not immediately jump to the conclusion to file suit in federal court as opposed to state court.