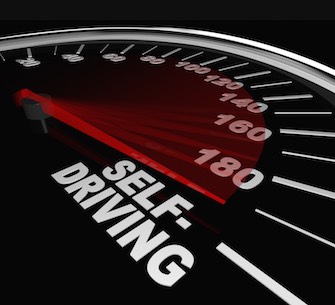 All across the globe, tech pundits are heralding the coming of autonomous vehicles (a.k.a., self-driving cars). IHS Inc., which provides analysis of decision-making in the private and governmental sectors, recently released a report predicting that global sales of autonomous vehicles will reach 21 million units per year by 2035 and a total of 76 million units will be sold between the retail launch of such vehicles and the end of 2035. The report further predicts that the U.S. market will be the first to experience widespread deployment of these vehicles. Elsewhere, BloombergTechnology has reported on a market forecast released by Boston Consulting Group which indicates that the autonomous vehicle market could hit $42 billion as early as 2025.

Initial consumer reaction to the possibility (or inevitability) of self-driving cars appears to be mixed. Although many consumers appear hesitant to hand over control of their vehicles to computers, others focus instead on the the convenience of being able to work during a commute or simply relax while traveling. There are also safety issues at play, but contrary to initial consumer concerns, self-driving cars are actually predicted to make the roads more safe. Business consulting firm McKinsey & Company published an article last June which predicts that by the time self-driving cars become the primary form of transport sometime prior to 2050, the total number of vehicle crashes will decrease by 90 percent. This prediction seems reasonable given that a reported 90 percent of vehicle crashes around the world are reportedly  caused by human error.

Regardless of whether federal regulations prove to be a major obstacle to the adoption of self-driving cars, certain state laws may delay the introduction of such vehicles in certain areas of the country. New York, for example, has a law from 1971 requiring drivers to keep their hands on the wheel while the car is in motion. Elsewhere, state governments are working to ease restrictions on access to, and research involving, self-driving cars. In Florida, a transportation bill signed into law by Gov. Rick Scott allows autonomous vehicles to use public roads for research and testing.

In addition to the regulatory landscape, the patent landscape for self-driving vehicles is also quickly expanding. As of 2013, patent applications related to this technology hit 2,500 per year.  That rate is expected to increase.  A lot of attention has been paid to the entry of major tech firms, including Google, thanks in part to eyebrow-raising technologies like this patent for an adhesive material for a car’s hood that is designed to “catch” a pedestrian who is inadvertently struck by an autonomous vehicle. Other non-traditional automakers who appear poised to capture a portion of the autonomous vehicle market include Apple Inc. (NASDAQ:AAPL) and Tesla Motors (NASDAQ:TSLA). 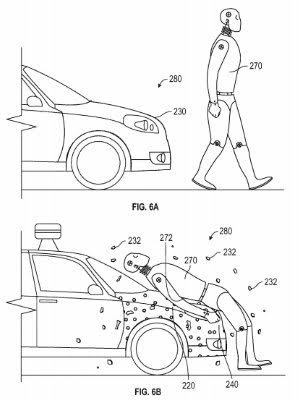 These tech companies should expect plenty of competition.  Despite reports that Silicon Valley tech giants are entering the autonomous vehicle race and risk upsetting the traditional market, a study from Thomson Reuters Intellectual Property and Science indicates that long-time automakers have taken the lead in autonomous vehicle development in terms of patents and patent applications. Chief among these is Toyota Motors (NYSE:TM), the Japan-based automaker, which holds 1,400 patents related to self-driving cars, according to the Thomson Reuters IP report.  German engineering firm Bosch (NSE:BOSCHLTD) and Denso Corp. (TYO:6902), another Japanese carmaker, are not far behind. The top-ranking American carmaker is General Motors (NYSE:GM), which places fifth in the Reuters survey.

These rankings are not likely to last long.  In recent months, GM appears to be working hard to claim a greater percentage of the coming autonomous vehicles market. In March, the company announced its acquisition of San Francisco-based Cruise Automation, a developer of autonomous-vehicle systems which will operate with GM’s newly formed Autonomous Vehicle Development Team. The deal was worth a reported $1 billion. U.S. Patent No. 9175977, titled Method for Arbitrating Between Multiple Vehicle Navigation Systems, is one example of an autonomous vehicle patent recently issued to GM.  It claims an electronically-controlled method by which a vehicle can arbitrate among multiple navigation systems installed in a car, including turn-by-turn directions or autonomous driving modes. Most recently, GM’s Canadian division announced that it will be opening a new autonomous vehicle software development center in the Markham, Ontario.  It is expected to begin operations later this year. 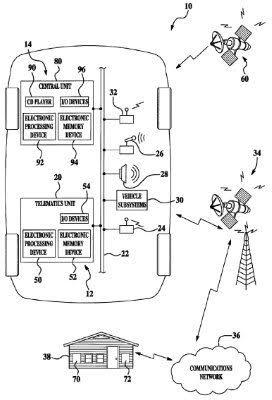 In at least one area of the self-driving vehicle market, the UK has already taken the lead. According to a story published in early June by The Washington Post, the world’s first insurance policy to cover autonomous vehicles is being marketed by British insurance firm Adrian Flux.   Given that the number of vehicle accidents caused by human error is likely to decrease, it’s expected that insurance rates for current scope of coverage should also decrease in the future. However, the scope of coverage may need to increase.  According to some predictions, autonomous vehicle policies may need to insure owners against loss or damage caused by a failure to upgrade software or failure in switching to manual control in the case of an autonomous system failure.

July of 2016 will mark another major step forward for the advance of self-driving vehicles. In July the National Highway Traffic Safety Administration (NHTSA) will release updated guidelines on autonomous vehicles which, according to news reports, are expected to be more lenient on manufacturers while also clearing a path forward for the use of autonomous systems in public transportation. Through early June, the NHTSA has received more than 60 public comments and documents raising concerns over safety systems and cybersecurity.

Self-driving have yet to win the confidence of most American consumers. A study released this March by the American Automobile Association (AAA) found that three out of every four American drivers remain “afraid” to be escorted by an autonomous vehicle to their destination without any manual control over the vehicle. As the technology becomes more familiar this is certain to change.  Companies who wisely invest in patent protection in this area stand to profit handsomely from a global market that could grow to be worth tens of billions of dollars over the next few decades.

William Cory Spence is the founder in the IP law firm of SpencePC in Chicago, Illinois. Mr. Spence is a trial attorney with focus on patent, trade secret, unfair competition (including conspiracy, tortious [...see more]