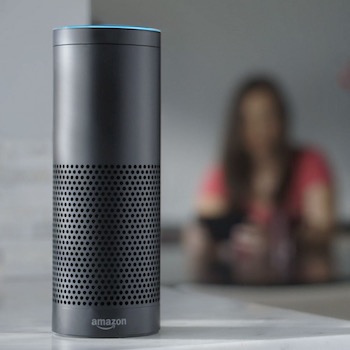 Amazon’s dominance in the e-commerce world is well known and that’s being compounded by a surge of electronics purchases, which are moving to the Internet. Trade publication Twice also recently reported on market research showing that 70 percent of shoppers surveyed purchased consumer tech gadgets from Amazon or its third-party online affiliates compared to 51 percent of shoppers who purchased tech items at brick-and-mortar stores. This data comes from the Walker Sands’ 2016 Future of Retail Study. Reports of 54 million subscribers to Amazon’s Prime service is another sign that the company has a strong hold over the e-commerce channels.

The first quarter earnings report for Amazon also reflects the company’s continued growth despite its already massive size and a market capitalization that exceeds $356 billion. Year-over-year, net sales increased for Amazon by 28 percent from $22.7 billion in the first quarter of 2015 up to $29.1 billion in this year’s first quarter. Electronics and other merchandise continue to be the strongest of Amazon’s sales divisions, delivering more than $20 billion of combined sales in North America as well as in international markets.

Amazon has certainly helped itself by finding ways to use the consumer electronics it produces to promote its retail platform. In early July, the company began issuing deals on consumer electronics to shoppers who placed orders through Alexa, Amazon’s personal digital assistant platform. Sales of the Amazon Echo, the voice-controlled speaker which runs Alexa, has reached 3 million units according to recent market research reports. Along with other popular consumer products like the Kindle and the Fire TV stick, Amazon is able to profit twice by selling its own gadgets through its own e-commerce platform.

On July 12th, Amazon will also launch what it’s calling its largest sales event ever with the 2016 Prime Day promotion. The event caters mainly to Amazon Prime subscribers who have access to more than 100,000 deals which are exclusive to them. Those who don’t currently have Prime can sign up for a free 30-day trial prior to Prime Day so the event could be a boon to both Amazon’s consumer electronics sales as well as its Prime subscription platform.

Amazon’s digital streaming services should also be recognized as a valuable spoke in Amazon’s corporate wheel. The recent addition of PBS Kids show titles such as Odd Squad and Wild Kratts as exclusive content for Amazon Prime Video is another step forward for a video streaming platform which already includes popular series like The Man in the High Castle and Transparency, the latter of which has garnered Golden Globes, Emmy Awards and industry recognition from other shows. Media reports have also recently pegged Amazon Music as having the second-largest subscriber base among paid digital music subscription services behind satellite music subscriptions. Whereas competitors like Spotify and Netflix offer consumers access to a wide swath of streaming media, the ability that Amazon Prime subscribers have in accessing different types of multimedia through a single subscription seems to be resulting in a good deal of success for Amazon’s digital products. 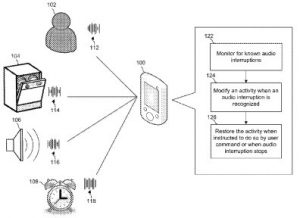 Improvements to speech recognition platforms like Alexa, which power devices like the Amazon Echo. The technology behind Alexa is on display in U.S. Patent No. 9324322, titled Automatic Volume Attenuation for Speech Enabled Devices. It claims a method of modifying operation of a device which involves generating audio outputs, receiving an audio input through a microwave, performing echo cancellation on the audio input and determining that an audio input signal includes a sound which is not speech directed at the device. This technology is designed so that speech-enabled devices can respond intelligently to background noise, like a doorbell or ringing phone, in such a way which naturally improves the listening experience by increasing the volume or stopping playback without requiring a manual input from users. 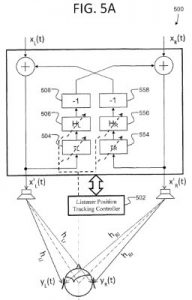 The Echo and other devices with speakers developed by Amazon should offer better playback to listeners thanks to the invention discussed within U.S. Patent No. 9351073, issued under the title Enhanced Stereo Playback. It discloses a computer-implemented method which involves receiving position information of a listener, generating left and right cancellation signals based on position information and orientation information of the device and modifying left and right output audio signals with the cancellation signals. This innovation is designed to reduce sound distortion based on a listener’s location, right down to a person’s head position, to enhance stereo playback while the listener changes position. 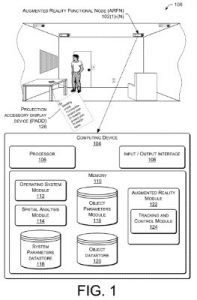 Virtual and augmented reality technologies were a big focus at this year’s Consumer Electronics Show in Las Vegas and we’re seeing an Amazon innovation in related consumer tech devices in U.S. Patent No. 9383831, entitled Powered Augmented Reality Projection Accessory Display Device. It protects a method of generating an augmented reality (AR) environment by identifying a projection surface for the AR environment, associating the projection surface with an AR functional node, projecting that node onto the surface, transmitting a signal to an active device coupled to the surface and modifying the AR environment based on that signal. The projection accessory display device of this invention can be provided within a tablet, a countertop, a tablecloth or some other surface. The fixed projection accessory can communicate with an AR functional node in a computer or a projector to ensure that the orientation of the projection remains readable based on the orientation of a viewer. 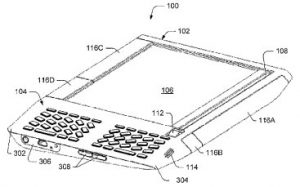 Amazon continues to improve upon its e-book reader devices as is evidenced by the issue of U.S. Patent No. 9384672, titled Handheld Electronic Book Reader Device Having Asymmetrical Shape. The patent claims a handheld electronic book with a wedge-shaped housing in which one side of the device is thicker than the other side of that device. The thicker device side allows a user to more easily grasp the reader device as he or she would a paperback novel while the internal components can be configured so as to achieve a uniform weight throughout the device.

[1] Much of the data relied upon by Deutsche Bank is found in the 2016 Top 100 CE Retailers Report produced by consumer electronics trade publication Twice.