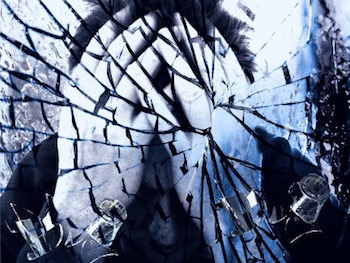 Over the past fifteen years, the United States has seen an unfortunate increase in the rate of suicides. According to the Centers for Disease Control and Prevention (CDC), although suicide rates declined in America between 1986 and 1999, there has been a steady increase in that rate between 1999 and 2014. In that period of 15 years, the age-adjusted suicide rate grew by 24 percent and the pace has stepped up since 2006. The greatest increases have been seen in girls aged 10 to 14 and men aged 45 to 64. The national suicide rate of 13 people per 100,000 citizens is a thirty-year high as The New York Times reports.

Recently, many people have been interested in the role that social media plays in impacting depression as well as suicide. A 2012 article published in the American Journal of Public Health notes that cyberbullying on social media channels increases the chance that suicide will be attempted among both the cyberbullying victim as well as the bully offender. Last August, JAMA Pediatrics published a study showing that 23 percent of teens have been targeted by cyberbullies with teenage girls being the most frequent target.

In an attempt to use the forces of social media for good, Facebook Inc. (NASDAQ:FB) announced in the middle of June that it would be rolling out suicide prevention tools to users all over the world. The tools have been developed in partnership with the suicide prevention groups Forefront, Save.org and Lifeline. The tools allow Facebook users who see a disturbing post from another user to quickly flag that post for review by a global community operations team. When the user who posted the flagged content signs back into Facebook, he or she is presented with a menu of choices which include the option to talk to a friend, contact a hotline, receive suggestions for self-support or simply to skip directly to their Facebook feed.

This is not the first time that Facebook has thrown its weight behind a suicide prevention initiative. In December 2011, the social media company announced a partnership with Lifeline in which it sent e-mails with the Lifeline suicide hotline number to social network users who had posted suicidal content. Facebook’s Help Center also includes a section on suicide prevention with tips for both people dealing with thoughts of self-harm as well as people who are concerned about depressed friends.

Jeffrey Anker, MD, an experienced psychiatrist and a faculty member of the University of Buffalo’s Jacobs School of Medicine and Biomedical Sciences, believes that Facebook’s tools for suicide prevention could be valuable for saving lives. “It could help people to take the next step,” he said. “It makes it easier for them to access help.” Anker also said that the current tools could be made more interpersonal, which would likely have a better impact with users. “The biggest issue is that the connection is not live, it’s removed from direct interaction,” he said. Although human users and not algorithms are utilized at every step of the suicide prevention program, there is a good point to make that the actual outreach itself only offers the suggestion of contacting people which can be ignored by someone who’s not looking for help.

One tool that encourages people to reach out for help without reinforcing a sense of crisis is a warmline, a kind of hotline operating in a region that offers peer support for those suffering various levels of emotional distress. These warmlines, which are not always available 24/7 and only handle non-crisis calls, can put someone in touch with local mental health resources or just provide someone to discuss difficult emotions. According to Warmline.org, there are warmlines operating in 31 states.

Creating the human connection between someone crying for help online and a person trained to handle such crises is the most important step in addressing at-risk individuals, according to Anker. He lauded the twelve-step program model employed by organizations such as Alcoholics Anonymous which instruct members to make contact with peers during times of emotional duress. It’s also possible that, given the public nature of Facebook posts, content which exhibits suicidal tendencies could be a reasonable trigger for a welfare check from local emergency services. “The key thing is to establish human to human contact,” Anker said.

Social media has unfortunately been a boon to cyber bullies and can help to reinforce negative self-perceptions, but it can be the source of much good in addressing emotional distress. There are social networks like Koko which exist primarily to give users tools and methods for building emotional resilience in the face of personal distress. This network, developed in part through research at the MIT Media Lab, was shown to be effective in benefiting those with elevated depression symptoms, especially through the network’s expressive writing platform, in a study published by the Journal of Medical Internet Research. And while heavy use of Facebook can sometimes lead to declines in mental health, it can improve social well-being by enabling a wider degree of social interactions without the anxiety of face-to-face interactions in real life.