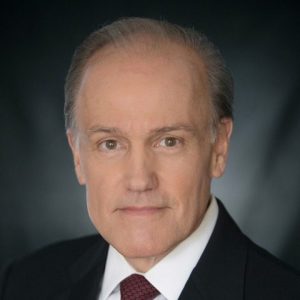 Orrick announced that James Pooley, a world-renowned intellectual property lawyer and authority in the area of trade secrets law, has joined the firm as senior counsel. He will be based in the Silicon Valley office.

As a pioneer in intellectual property law for more than three decades, Jim adds to Orrick’s top-ranking IP bench a seasoned first-chair trial lawyer, scholar, author and global diplomat. In April, he was the only American to be inducted this year into the IP Hall of Fame. Jim’s leadership in the IP bar included a five-year term as Deputy Director General of the World Intellectual Property Organization in Geneva, where he served as the senior American officer and managed the international patent system.

Jim literally wrote the book on trade secrets law. His Trade Secrets treatise, originally published in 1997, is now the standard canon for any IP practitioner, and continues to be updated each year. On returning to Silicon Valley in 2015 after his tenure with WIPO, Jim established his own law office and authored another widely-acclaimed book, Secrets: Managing Information Assets in the Age of Cyberespionage.

“In considering law firms, I looked for a distinguished and growing team with a comprehensive global platform for clients, and with a collaborative culture,” Jim said. “Orrick was the obvious choice. And I am excited to work with my new colleagues to build on their extraordinary record.”

Jim joins an Orrick IP team that The American Lawyer named as 2016 Intellectual Property Litigation Department of the Year. His unique blend of expertise in cybersecurity, trade secrets law, patent law and international arbitration gives Orrick a high-profile leader to help serve the demands of clients in an increasingly complex, tech-driven world.

“We are ecstatic that Jim has joined Orrick,” said Denise Mingrone, chair of the firm’s intellectual property practice. “He will be a unique resource for our clients given his diplomatic experience, his academic credentials, his prodigious scholarly output and his leadership in global IP platforms. He is truly one of the profession’s innovators in IP, particularly trade secrets law.”

Added Neel Chatterjee, one of Orrick’s senior intellectual property litigators: “I have known Jim since I was a law clerk over 20 years ago and started working with him when I joined Orrick and admired his leadership in IP. We are very fortunate to have him join our team.”

In addition to his lengthy career in private practice, Jim has served as president of the American Intellectual Property Law Association and chairman of the National Inventors Hall of Fame. He also has worked with the Federal Judicial Center in Washington, D.C., where he scripted a video shown to jurors in patent cases, provided instruction to federal judges on IP law, and co-authored the Patent Case Management Judicial Guide. His congressional testimony was credited by one Senator as “instrumental” in the recent passage of the Defend Trade Secrets Act. He also has taught trade secret law as an adjunct professor at Santa Clara University and UC Berkeley School of Law.

He has been a prolific author of books and articles, including a monthly newsletter available through his website: Pooley.com

Jim graduated from Columbia Law School in 1973 as a Harlan Fiske Stone scholar. He received his bachelor’s degree in international affairs from Lafayette College.

Orrick’s IP litigation team comprises 125 lawyers globally, including first-chair trial lawyers and qualified scientists and engineers. The team has handled more than 675 patent cases over the past decade and has prevailed in the most closely-watched copyright and trades secrets disputes. In addition to being named 2016 IP Litigation Department of the Year by The American Lawyer, the team was selected by Law360 as a 2015 IP Group of the Year and as an IP All-Star for being one of four firms most often recognized for IP achievements over the past five years.

Orrick is an AmLaw 50 firm focused on serving the technology, energy & infrastructure and finance sectors. Chambers Global 2015 rates the firm for excellence across 45 transactional, litigation and IP practice areas. Founded more than 150 years ago in San Francisco, Orrick today has offices in major markets worldwide. Approximately a quarter of Orrick’s practice is outside the United States, led from offices in the UK, France, Germany, Italy, Switzerland, Belgium, Russia, China and Japan, as well as an affiliated office in Côte d’lvoire. In-house counsel selected the firm to BTI’s 2016 Client Service A-Team for the second year in a row. The American Lawyer named Orrick among the top 10 firms in its 2016 Litigation Power Rankings and selected the firm as 2016 IP Litigation Department of the Year. The firm also ranks in the top 10 on The American Lawyer’s 2015 A-List, reflecting its leadership in client service, associate satisfaction, diversity and pro bono legal service. Financial Times has selected Orrick as one of the most innovative firms in North America in each of the past five years.