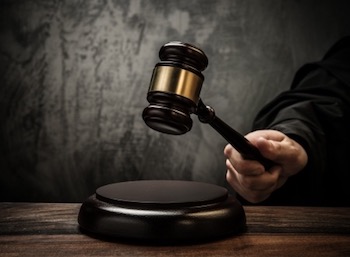 On May 11, 2016, President Obama signed into law the Defend Trade Secrets Act (“DTSA”), which became effective that very same day, and is the most significant development in intellectual property law in recent years. The DTSA amends the Economic Espionage Act of 1996 (“EEA”) to provide for civil remedies in federal courts for the misappropriation of trade secrets. This article addresses the civil seizure provision, which generally, is considered the most controversial section.  It represents a significant departure from existing state trade secret law, even after being toned down in the final version of the DTSA, in response to concerns of how it may be abused. It is a particularly important and powerful remedy for trade secret owners and is intended to stop the dissemination of a trade secret, especially to overseas, before its value has been lost through public disclosure.  However, Congress also included a number of provisions that are intended to protect against abuse and wrongful seizures including with severe consequences.  Consequently, it is a powerful potential weapon that must be handled with great caution.

Under the DTSA, a court may—upon an ex parte application and based on an affidavit or verified complaint showing “extraordinary circumstances, issue an order providing for the seizure of property necessary to prevent the propagation or dissemination of trade secret that is the subject of the action.” 18 U.S.C. § 1836(b). The only existing seizure remedy in intellectual property law is found at 15 U.S.C. § 1116(d) of the Lanham Act, which applies to “counterfeit” marks. The provisions of this section are similar to the seizure provisions and, accordingly, the courts may look to guidance to this section in addressing applications under the DTSA.

To issue a seizure order, a court must find “that it clearly appears from specific facts” the following:

Execution of the Seizure Order

The contents of the seizure order must also meet six requirements (Section 1836(b)(2)(B)):

The DTSA also requires that the court hold a hearing within seven days of the issuance of the seizure order, at which the applicant has “the burden to prove the facts supporting the findings of fact and conclusions of law necessary to support the order. Section 1836(b)(2)(B)(vii). If the party fails to meet that burden, the seizure order shall be dissolved or modified appropriately.” Section 1836(b)(2)(F)(i), (ii). The party against whom the seizure was obtained “may move the court at any time to dissolve or modify the order after giving notice to the party who obtained the order.” Section 1836(b)(2)(F)(iii). The court may also modify the time limits for discovery under the Federal Rules of Civil Procedure as may be necessary to prevent frustration of the hearing, by permitting, for example expedited discovery. Section 1836(b)(2)(F)(IV).

Because of the potential for abuse by the movant, Congress included a number of provisions to protect the interests of the party against whom the seizure is sought. First, as noted above, an applicant must not publicize the seizure and a court also must “take appropriate action to protect the person against whom” the seizure was granted from publicity by the applicant about the seizure order. Section 1836(b)(2)(C). Next, the DTSA requires all seized materials “shall be taken into the custody of the court.” Section 1836(b)(2)(D)(i). This means that the movant is not entitled to have the “stolen” property returned as part of this process. If the “seized material includes a storage medium” or the trade secret is allegedly “stored on a storage medium, the court shall prohibit [it] from being connected to a network or the Internet without the consent of both parties, until the hearing is held” (Section 1836(b)(2)(D)(II)). To protect the non-moving party, it also requires the court to “take appropriate measures to protect the confidentiality of seized materials that are unrelated to the trade secret information seized … unless the person against whom the order is entered consents to disclosure of the material.” Section 1836(b)(2)(D)(iii). A court may also appoint a special master “to locate and isolate all misappropriated trade secret information and to facilitate the return of unrelated property and data to the person from whom the property was seized.” Section 1836(b)(2)(E). The court also is not permitted “to allow the applicant to be involved in the seizure. Id. Finally, a court may also permit a technical expert not affiliated with the applicant “to participate in the seizure” if such expert “will aid the efficient execution of and minimize the burden of the seizure.” Id.

The DTSA provides the person against whom the seizure was obtained with a cause of action “for wrongful or excessive seizure” is entitled to the same relief as that set forth in15 U.S.C. § 1116(d)(11). That section provides “damages for lost profits, cost of materials, loss of good will, and punitive damages in instances where the seizure was sought in bad faith, and, unless the court finds extenuating circumstances, to recover a reasonable attorney’s fee.” Finally, any person “claim[ing] an interest in the subject matter seized” may make a motion at any time seeking to encrypt the seized material and “[t]he motion shall include, when possible, the desired encryption method.” Section 1836(b)(2)(H).

The DTSA’s provision for civil seizures provides victims of trade secret theft with a powerful remedy to prevent further dissemination of the trade secret and limit further harm. However, Congress balanced this powerful tool with severe consequences for those movants who misuse it. When seeking to use this remedy, victims of trade secret theft must be careful to comply with all the detailed requirements or they may be far worse off than before. It is a powerful weapon, but like most powerful weapons, it must be handled with great care lest it cause serious self-inflicted injury.