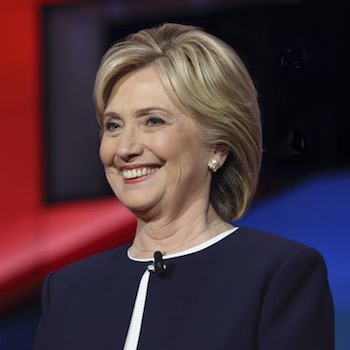 “Today’s dynamic and competitive global economy demands an ambitious national commitment to technology, innovation and entrepreneurship.” Thus begins the first line of presumptive Democratic presidential candidate Hillary Clinton’s technology and innovation agenda, which was unveiled by her campaign on Monday, June 27th. This platform highlights the actions which Clinton argues she will undertake as commander-in-chief of the United States and, unsurprisingly, there are strong ties between her positions and the Obama Administration.

The Clinton tech agenda revolves around five main points that she hopes will lead to American dominance in research and development as well as overall innovation. First, she’s pledged to devote resources to educational innovations that will position U.S. workers well for the well-paying tech jobs of today and the near future. Second, she’s pushing for major infrastructure upgrades that she argues will bring broadband Internet access to a much wider audience. Her third point focuses on protecting American tech export interests to countries abroad. Her fourth agenda point discusses a framework by which concepts of the open Internet as well as personal privacy can be balanced. Finally, her fifth point hones in on the ways that technology can make government agencies more efficient and effective.

There’s a great deal of tech savviness to this agenda, which references growing opportunities in autonomous vehicles, the Internet of Things, 5G networks and more. However, one aspect of the platform which could be vexing to Internet innovation initiatives is Clinton’s support of the net neutrality put in place by the Federal Communications Commission (FCC). As we’ve reported before, issues with the currently net neutrality regime include the fact that the FCC is cutting into the regulatory authority of the Federal Trade Commission (FTC), the regulatory agency that should be in charge of determining whether paid prioritization or zero-rating methods are actually hurting American consumers. Further, although Internet service providers (ISPs) have regional monopolies, net neutrality serves to protect the interests of major content providers like Facebook (NASDAQ:FB), Amazon (NASDAQ:AMZN) and Netflix (NASDAQ:NFLX), Internet companies with larger subscriber bases than the ISPs.

Clinton also makes a mistake in arguing that the United States “leads the world in technology exports.” Statistics from the World Bank going up to 2013 show that the United States is actually third-place in terms of tech exports in USD, trailing China by hundreds of billions and Germany by about $45 billion. It’s also interesting that she tries to support the idea that she’ll fight for tech exports abroad by stating that she would oppose the Trans-Pacific Partnership agreement unless it creates jobs and income growth here in America. A person arguing that she would increase exports while opposing free trade agreements sounds like someone trying to play both sides of the same coin.

For the patent crowd, Clinton’s tech agenda also discusses key reforms to the American innovation ecosystem that would target abusive litigation tactics and funding at the U.S. Patent and Trademark Office. IPWatchdog founder Gene Quinn delved into this topic earlier this week for anyone interested in reading a critique of this aspect of Clinton’s tech platform.

The need to invest in computer science and STEM education is apparent because of the inability of the current American workforce to fill all available tech jobs, Clinton’s agenda maintains. She cited a January 2016 blog post from the White House stating that 600,000 American tech jobs went unfilled during 2015. Another data point supporting Clinton’s tech agenda comes from a May 2016 report published by the Information Technology & Innovation Foundation (ITIF) which projected that 1.4 million computing jobs would be added to the U.S. economy by 2020, and yet only 400,000 college graduates with the skills to take those jobs would be available by that time.

To address this shortage of American workers with a proper tech education, Clinton supports the use of federal financial aid, professional development program assistance and public-private partnerships to train 50,000 computer science teachers over the coming decade. The agenda also supports doubling the investment in the Investing in Innovation (i3) grant program for local education agencies and nonprofits, much of which would be used on scaling up computer science grants.

The Clinton tech agenda also supports lifelong learning initiatives to build the talent pipeline for high-tech jobs. One aspect of this platform would see $10 billion of Hillary’s College Compact program, a program that would cost taxpayers $350 billion over 10 years, to fund student access to training programs, nanodegrees, online learning programs and other programs teaching relevant skills. Her college plans would also create a $25 billion fund for institutions serving minority students on the belief that increasing gender and ethnic diversity in the American workforce would improve our country’s gross domestic product (GDP) by 1.6 percent.

Access to capital is another agenda point the Clinton camp is focusing on in their tech campaign. One related policy would offer debt forgiveness of up to $17,500 in federal student loans, as well as deferment options, for recent graduates who start small businesses; similar incentives would be proferred to employees who join these companies early on. Interestingly, Clinton is also open to having immigrants who receive an American education take these tech jobs, stating that she “would ‘staple’ a green card to STEM masters and PhDs from accredited institutions.”

On the agenda’s second point of improving infrastructure, the agenda commits a Clinton presidency to a promise of enabling affordable Internet options to 100 percent of American households by 2020. According to statistics from the World Bank, 87.4 percent of Americans were connected to the Internet by 2014. Clinton’s agenda also states that she would accelerate the process of identifying underutilized bands of spectrum in order to lay the foundation for the coming of 5G Internet connectivity and other wireless networks.

A big part of the Internet infrastructure push would be funded by leveraging $25 billion that Clinton plans to place in an “infrastructure bank,” part of her five-year $275 billion plan to improve American infrastructure. A competitive grant program funded through this initiative would seek to support the removal of local regulatory barriers, coordinated efforts to develop broadband infrastructure and public-private partnerships for upgrading networks or investing in new ones. As we’ve noted before, this kind of local approach to supporting ISP competition is much more likely to achieve the ideals of competitive business practices and consumer choice which the FCC is wrong to assume would be accomplished through net neutrality.

Global leadership in technology is another major pillar of Clinton’s tech and innovation agenda. She would “elevate Internet Freedom to the top levels of American foreign policy” and oppose efforts by China, Russia and others to push government oversight of Internet channels. She supports multi-stakeholder Internet governance and admits that government should remain outside of the coordination of Internet functioning across the globe. This seems out of step with her support of net neutrality in America, which has increased government oversight of ISPs.

Copyright policy was also mentioned in the Clinton tech agenda. The presumptive Democratic nominee’s platform supports unlocking orphan works “that languish unutilized, benefiting neither their creators nor the public.” The use of federal grant funding to promote open-licensing arrangements, as well as the development of a digitized infrastructure for hosting such content, was also discussed.

Finally, Clinton’s agenda zeroes in on the tech infrastructure problems faced by a wide array of government agencies. A study conducted by the U.S. Government Accountability Office and released this May found that three-quarters of the federal government’s $80 billion tech budget is spent on updating old technology, some of it going back 50 years. Clinton’s agenda would see the nominee expand upon the operations of the U.S. Digital Service initiated during the Obama Administration. Part of this effort would involve transforming the top 25 federal agencies dealing with citizens for website improvement and the creation of what the agenda calls a “Yelp for government” that would enable Americans to provide feedback on how well the agencies handle their jobs. Clinton would also call for the streamlining of IT procurement processes to reduce the time spent waiting on approval of changes to websites, digital forms and more.

Although certain aspects of her tech platform underscore the candidate’s imperfect knowledge of America’s tech ecosystem, it is more likely than not that this technology and innovation agenda will be widely welcomed by our country’s tech community even if it meets limited resistance on issues of net neutrality and free trade.