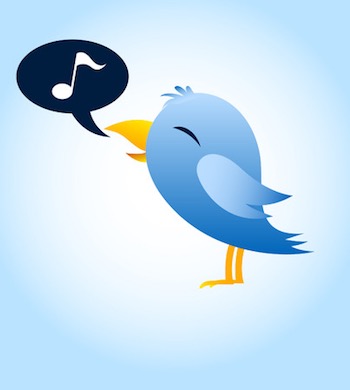 In the middle of June, many tech and business news outlets were reporting on a $70 million dollar investment made by American social media giant Twitter Inc. (NYSE:TWTR) in the Berlin-based music streaming service SoundCloud. This makes Twitter the largest investor in a $100 million round of financing, which pushed the value of SoundCloud to $700 million. The news comes two years after reports that Twitter had tried, although ultimately failed, to purchase SoundCloud outright.

The recent Twitter investment has much to do with the SoundCloud Go premium subscription service launched in late March of this year. The premium service, which costs $9.99 per month, gives users ad-free access to 125 million songs available from 12 million creators. The service also enables offline listening of tracks and access to the SoundCloud music database on mobile or personal computer platforms.

The recent investment deal also highlights the growing activities of Twitter Ventures, the venture capital arm of the social media company. Twitter Ventures first received notice in the business world in March 2015 by getting involved in a financing round for open-source operating system Cyanogen, which news publications had pegged at a total value of $80 million to $85 million; Twitter Ventures was not the sole investor in that round of financing. Twitter Ventures was also a participating investor in an $18 million round of financing for Swirl Networks, a developer of in-store beacons which help retailers advertise on mobile and digital platforms. According to coverage from The Motley Fool, Twitter’s net cash resources of $2.1 billion pales in comparison to other tech firms with venture capital divisions, including Alphabet Inc. (NASDAQ:GOOGL) and Qualcomm (NASDAQ:QCOM).

This financing deal is a sizable wave in the streaming music ecosystem, one that continues to grow with the financial backing of a few major tech firms. In terms of sheer number of users, SoundCloud has the largest user base of any service, its 175 million monthly users more than doubling the user base of either Pandora (NYSE:P) or Spotify according to numbers published this April by The New York Times. Last year, we reported on a study released last March which pegged Pandora and Spotify as the top streaming music services in terms of percentage of overall listeners and number of paid subscriptions, respectively. The 30 million songs offered in the Spotify catalog is multiples less than SoundCloud’s 125 million track catalog.

These three companies might be the most powerful names in online music streaming, but they’re certainly not the best heeled. Apple Music, the streaming service operated by personal computing hardware developer Apple Inc. (NASDAQ:AAPL), only had 11 million members as of this February but it benefits from access to Apple’s device platforms, including the Apple Watch. American e-commerce giant Amazon.com (NASDAQ:AMZN) automatically offers on-demand ad-free streaming music of a million-plus tracks to anyone paying the $99 per year membership for Amazon Prime. Google Play offers unlimited access to more than 30 million tracks for a $9.99 per month subscription which also allows users to access the ad-free YouTube Red platform for streaming video. Other music streaming services which deserve mention include Tidal, the Jay Z-backed venture which had three million subscribers as of the end of this March, and Rhapsody, which increased its subscriber base by 45 percent through 2015 to reach nearly 3.5 million users last December.

There have been questions by analysts regarding how Twitter plans to incorporate SoundCloud profitably into its own social media platform. One major issue for the social media company is its current inability to increase the pace of users on its platform. Currently, Twitter has about 310 million active monthly users according to an official company page, 83 percent of which access the platform on mobile devices. As Fortune reported last October, that’s a slow rise since the third quarter of 2014 when the company had 287 million active monthly users. It’s far less than Facebook Inc. (NASDAQ:FB) and it’s billion-plus monthly active user base. According to news reports, the photo sharing platform Instagram hit 400 million active monthly users as of last September. Instagram also enjoys more monthly active advertisers than Twitter, leading the social media rival by 70,000 monthly active advertisers.

Investing heavily in a company that could merge user bases with more than 100 million monthly active users is one way that Twitter could address this growth problem. One contributor to Forbes notes that, if Twitter can integrate SoundCloud into the social media platform to increase user engagement, “this investment can drive long term revenue growth for the company.” Multimedia add-ons to social networks, such as Facebook’s Instagram, have shown the capacity to add large revenues to the coffers of the parent company, so there is some merit to this argument.

Of course, there are those with another perspective on Twitter’s SoundCloud investment, especially given Twitter’s past inabilities to incorporate music and audio into its platform in the past. Along with its past difficulties in purchasing SoundCloud outright, the company shut down its free Twitter #Music app in April 2014 after one disappointing year of service, which saw the song recommendation app drop to #165 in the category of free music apps. Later in 2014, Twitter launched an Audio Cards service allowing Twitter users to post snippets of songs from SoundCloud or Spotify, but news reports are unclear as to whether the service has had any positive impact on the social media company.

Others see the interest in SoundCloud as running counter to the trend towards live content thatTwitter has been implementing in recent years. As an article published by the business magazine Inc. point out, Twitter’s Periscope service, which has already 200 million live broadcasts, and the company’s recent $10-million agreement with the National Football League to live-stream 10 games in the upcoming NFL season are placing a premium on live interactions. SoundCloud only uses a catalog of pre-recorded music, so the live aspect is completely missing. There’s nothing to say that SoundCloud couldn’t be integrated into Periscope somehow to deliver something like a live music experience on the social network, but that’s only conjecture at the moment.

In the midst of all this speculation as to how SoundCloud can impact Twitter’s fortunes, there’s been plenty of talk regarding how Twitter itself might be an acquisition target in the months to come. Celebrity financial analyst Jim Cramer has been ringing the Twitter acquisition bell especially in the days since Microsoft’s $26.2 billion purchase of business professional social network LinkedIn. Others, however, note that Twitter’s negligible revenues compared to other Internet giants and its slow growing user base make it an unattractive investment, even for those looking to enter the social media space.