What Will Happen When the USPTO Releases its APIs to the Wild? 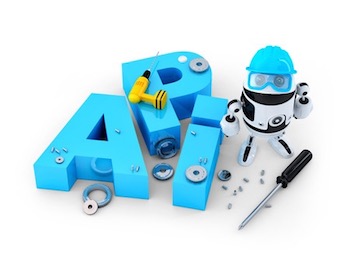 Recently, United States Patent and Trademark Office (USPTO) Director Michelle Lee talked about releasing its APIs for patent data into the wild. What does this really mean? Some experts think that the originality of the patent and innovation communities will become enhanced. As more service providers and vendors tap into UPTO APIs, ways of looking at the data of which no one had previously thought will become greater possibilities.

“The release of the APIs will allow patent data vendors to more easily obtain and manipulate US patent data,” says Marc S. Kaufman, partner, Reed Smith LLP. “We will have better and more accurate patent statistics, allowing patent lawyers to make data-driven decisions and better serve their clients. We will see new creative ways to present the data to provide insight into patent strategies.”

In addition, the release of USPTO APIs recasts hope for a more organized approach to patent data, which was already available on Google and other search engines. Specifically, a number of service providers had been repurposing the raw data that Google scraped from the USPTO. Experts say that the intellectual property (IP) community should benefit from this structural change.

“The USPTO (API) corpus has been free for a while—it was hosted publicly by Google for years,” says Martin Bijman, vice president, operations, Chipworks, patent and technology partner to global business leaders. “However, this public data was inconsistently formatted and unwieldy, making it difficult to leverage. A formal public API will make it easier and faster for tool vendors to spin new applications. Existing big data platforms—including open source—could be hooked directly to the new APIs. This will put low-cost IP analytics at many companies’ fingertips.”

Another prong of Lee’s public API strategy for USPTO involves establishing communities around patents. With the launch of the USPTO Open Data Portal, a developer’s hub, she seeks to establish a shareable and social platform, for anyone to showcase unique ways they’re using USPTO data, according to Lee.

Others also see that a social network or networks could develop around open USPTO APIs. And by crowd sourcing the patent review process, costs could reduce and time utilization made more efficient and effective.

“A social ecosystem could quickly develop around the official patent database,” says Mike Matchett, senior analyst and consultant, Taneja Group, a boutique technology consulting firm. “In this new open ecosystem, expect a variant of Wikipedia to emerge for aggregating third-party comments about any related group of patents. This would make it easy to both post and find ‘prior art’ references for predatory and mine-laying patent filings.”

“In fact, it should weaken the idea of software patents—patents on algorithms,” Matchett says. “If not, it should at least raise the bar on what constitutes innovation and uniqueness deserving patent protection.”

One of the drawbacks of the current USPTO setup has remained the walled garden seemingness of it all. A major benefit of the USPTO API release will be the increase in transparency and reduction in complexity of patent data.

“Transparency and more information about patents are good for everyone,” says Ken Seddon, CEO, LOT Network, a nonprofit community of companies that includes industry giants and startups to prevent frivolous patent troll litigation. “Patents are complex, and the more information available about them, the better executives can formulate stronger patent strategies. More widely accessible data can also improve analytics and intelligence in patenting.”

Definitely, there’s no denying that private technology research and development (R&D) will gain much from the new USPTO actions. Opening its APIs will enable quicker and deeper analysis than previously possible.

“As intelligence is further woven into the innovation lifecycle, better and faster decisionmaking about R&D, product development, acquisitions, IP investments and overall IP management is possible,” says Eric Reeves, head of IP analytics, Anaqua, provider of IP management software and services. “The next generation of patent analytics—in combination with other forms of business intelligence—can offer new ways for US patent holders to maximize value of their IP.”

But of course, open USPTO APIs will not only exist for profit-seeking enterprises. In fact, much of the benefit of this opening will fall on academia and the public. But general interest users will need more than just access to the APIs. They’ll need tools to build on them. That’s a nuanced point of view among some observers.

“If the intended users are developers, APIs should be open,” says Jérôme Louvel, CTO and founder, Restlet, a provider of API tools for developers and non-developers. “It’s hard to judge how open, useful or well-maintained the APIs will be. If it’s intended for researchers in academia, data could be provided for raw download. This appears to be available now. But if providing open data is aimed at the average citizen, it should be available without requiring technical expertise. It’s unclear if this is happening. USPTO should consider providing more tools around APIs.”

Generally, patentability is based on two factors: the examiner assigned to the application and the state of patent law, according to legal experts. Inevitably, examiners vary widely in interpretation of the rules.

“This is rarely the fault of the overworked examiner, who is asked to sift an enormous database, comparing findings to complex, changing patent rules,” says Robert Morris, member, Eckert Seamans Cherin & Mellott, a national law firm. “A lot of patent law today is a gray area that leads to inconsistency within patent prosecution.”

So in place of 8,300 examiners performing searches, the USPTO API disclosure suggests automation, which could bring more consistency to patent prosecution. The goal to improve the process appears a starting point with one crucial part: the search.

“Lee’s plan for automating searches is outsourcing: by launching APIs and a developer’s hub to allow anyone with ‘the most basic programming experience’ to explore USPTO databases and share their datasets,” Morris says. “USPTO is trying to fix its problems by allowing the public to create solutions. While the idea may have merit, it seems that since the public has been suffering through an inconsistent patent prosecution process, it shouldn’t be the public’s job to fix it.”

It could be a great windfall if programmers can build open API patent search tools for more clarity and consistency with no increased cost. The open-source community could do this, but the appropriateness of this may not be settled for some time. Some are pro while others are con, and no consensus appears on the horizon.

“The release of open APIs will be a huge boon for the IP and patent industries as it will draw on the crowd for building tools to improve the patent process,” says Kurt Collins, director of technology evangelism and partnerships, Buillt.io, a technology provider that enables organizations to create, integrate and scale applications. “API access to USPTO will be a major boost for industry and competitive analytics, particularly in the enterprise IoT space.”

But the results of how open-source programmers will build these tools remain an open question. If they do it with APIs already paid for by PTO fees from the community but costs increase the situation will not improve, and patent searches will remain haphazard. And the patent community might not participate wholeheartedly.

“Time will tell whether this move will be a benefit in clarifying patent searches,” Morris says.