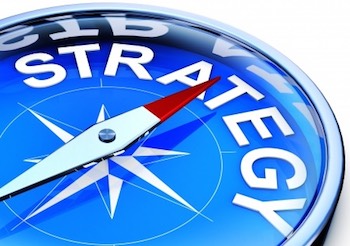 On May 11, 2016, President Obama signed into law the Defend Trade Secrets Act of 2016 (“DTSA”), hithich amends the Economic Espionage Act of 1996 to provide a federal cause of action to private companies for trade secret misappropriation.[1] The DTSA became effective immediately, but only applies to misappropriation occurring on or after the law’s effective date.

Aside from the federal protections provided under the DTSA, most states (and the District of Columbia, but not New York or Massachusetts) have already adopted a version of the Uniform Trade Secrets Act (“UTSA”), which provides a cause of action for the theft of trade secrets under state law. There are a number of differences, however, among these state laws. The DTSA does not eliminate or preempt state law remedies, but rather supplements them. Notably, the DTSA grants employers access to federal court—regardless of the amount in controversy—and provides uniformity across the patchwork of state laws.

Like the UTSA, the DTSA allows employers to obtain the following: (i) equitable remedies, (ii) actual damages, (iii) punitive damages, and (iv) reasonable attorneys’ fees.[2] In addition to these remedies, the DTSA includes the extraordinary remedy of an ex parte seizure order in certain extreme circumstances.

Immunity and Anti-Retaliation Under the DTSA

The DTSA contains immunity and anti-retaliation provisions intended to protect individuals who may need to disclose trade secrets. Specifically, the DTSA provides immunity to individuals under any federal or state trade secret law for the disclosure of a trade secret that is made (i) in confidence to a federal, state, or local government official, either directly or indirectly, or to an attorney for the sole purpose of reporting or investigating a suspected violation of law, or (ii) in a complaint or other document filed in a lawsuit or other proceeding, if such filing is made under seal.

Required Notice Under the DTSA

The DTSA requires that employers provide notice of the immunity and retaliation provisions (“Notice”) to employees, consultants, and independent contractors[3] in any contract or agreement entered into after May 11, 2016, that governs the use of trade secrets or other confidential information, including the following types of documents:

Employers may provide the required Notice in one of the following two ways.

The most direct way of providing the required Notice is to include the following provision in all such documents entered into or revised after the effective date of the law:

Pursuant to the Defend Trade Secrets Act of 2016, I understand that:

An individual may not be held criminally or civilly liable under any federal or state trade secret law for the disclosure of a trade secret that: (a) is made (i) in confidence to a federal, state, or local government official, either directly or indirectly, or to an attorney; and (ii) solely for the purpose of reporting or investigating a suspected violation of law; or (b) is made in a complaint or other document that is filed under seal in a lawsuit or other proceeding.

Rather than inserting the above paragraphs into the employment-related documents governing trade secrets and confidential information, employers can merely insert a cross reference in those documents to a policy that includes the employer’s procedures for reporting a suspected violation of law (such as the company’s whistleblower policy), so long as such a policy includes the information in the two paragraphs above. For example, the employer may insert the following language into such documents:

Notwithstanding any other provisions of this Agreement, you may be entitled to immunity and protection from retaliation under the Defend Trade Secrets Act of 2016 for disclosing a trade secret under certain limited circumstances, as set forth in Company’s [NAME OF EMPLOYER’S REPORTING POLICY].[4]

The Potential Consequence of Not Providing the Required Notice

As employers become more familiar with requirements for Notice, it’s imperative they work with their legal counsel and human resources teams to ensure the new mandate is appropriately and accurately communicated. This includes inserting the applicable language in any employment-related document that governs the use of trade secrets or other confidential information.

[1] The DTSA protects trade secrets that are “related to a product or service used in, or intended for use in, interstate or foreign commerce.” 18 U.S.C. § 1836(b).

[2] The DTSA is significant for New York employers because the New York State law protecting trade secrets does not provide for employers to recover attorneys’ fees.

[3] This requirement applies to consultants and independent contractors because, under the DTSA, “the term ‘employee’ includes any individual performing work as a contractor or consultant for an employer.”

[4] Please note that, in most cases, consultants and independent contractors will not have been provided with the company’s reporting policy. Therefore, in order to comply with the DTSA’s notice requirement, employers must provide the required Notice to such individuals under the first option.

Peter Steinmeyer is a Member of Epstein Becker & Green, P.C. in the Employment, Labor & Workforce Management practice, the Chicago office Managing Shareholder, and a member of the firm’s Board of [...see more]

Susan Gross Sholinsky is a Member of Epstein Becker & Green, P.C. in the Employment, Labor & Workforce Management practice, in the New York office of Epstein Becker Green. She counsels clients on [...see more]