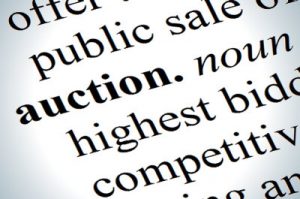 Wireless mobile data transmission technologies have been revolutionizing the world of consumer electronics over the past decade and the American consumer has had a rapacious appetite for it. A study of mobile usage data conducted between July and September of 2014 found that U.S. cellular subscribers gobbled up an average of 1.8 gigabytes (GB) of cellular data per month, according to mobile analytics provider Mobidia. Some subscribers go well beyond that, consuming as much as 10GB of mobile data per month, especially when looking at data transmitted through Wi-Fi networks.

The thirst for wireless mobile data services won’t slow down any day soon according to networking development company Cisco Systems (NASDAQ:CSCO). A global mobile data traffic forecast issued by the San Jose-based tech company indicates that data traffic around the world increased by 74 percent during 2015 alone. The 3.7 exabytes (or 3.7 billion GB) of data transmitted each month represented a 4,000-fold increase over the past 10 years and a nearly 400-million-fold increase in 15 years, when mobile networks were carrying less than 10GB of cellular data per month. Cisco’s forecast indicates that global mobile data traffic will increase by a compound annual growth rate (CAGR) of 53 percent through 2020, when mobile data traffic should hit 30.56 exabytes per month.

That level of data traffic, however, is not something that can be realized with the currently available wireless spectrum, or range of radio frequencies which has been set aside by the Federal Communications Commission (FCC) for wireless communications. The wireless spectrum is already a very crowded space, as the FCC’s Spectrum Dashboard will show readers. The dashboard, which covers radio frequencies all the way down to 225 megahertz (MHz) and up to 3700 MHz, shows how a great majority of radio frequency spectrum is divided up between radio, satellite, television, phone, radar and amateur use as well as broadband and fixed wireless.

In March 2010, the FCC issued a National Broadband Plan which called for freeing up an additional 500 MHz of wireless spectrum and making it available for broadband services by 2020, up from the 50 MHz of spectrum range available for broadband at that time. It is in this environment of a greatly increased consumer demand for broadband spectrum that the FCC has recently begun an incentive auction which aims to divert wireless radio spectrum away from holders willing to part with their spectrum, especially television stations, and then getting those frequencies into the hands of mobile broadband providers.

The incentive auction being conducted by the FCC is a two-part process. First, at the end of May, the agency began conducting a reverse auction which sought 126 MHz of relinquished broadcast spectrum rights. In this auction, the FCC offered payment to multiple sellers for relinquishing spectrum and reduced its offer incrementally. A selling price in such an auction is reached when enough prospective sellers drop out as the offered payment is dropped. The second phase of the spectrum auction is a forward auction offering new 600 MHz band flexible-use licenses to broadband providers.

The selling prices initially offered by the FCC could wind up being a huge payday for some TV broadcasters. Online technology publication The Verge reported that a New York City-based affiliate of Telemundo was offered an initial selling price of $900 million by the FCC. Despite the large amount of money being offered to those holding spectrum in the television realm, it’s expected that the auction, when completed, could generate net values anywhere from $25 billion up to $50 billion.

Major telecom providers were certainly optimistic about what the auction could do for their ability to provide American consumers with mobile broadband services. The chief executive of German-based Deutsche Telekom (ETR:DTE), which owns 65 percent of the U.S. telecom provider T-Mobile (NASDAQ:TMUS), has reportedly commented that T-Mobile customers can expect to see results in improved wireless networks resulting from the auction by the end of 2016. On May 12th, the FCC published a notice which indicated that it had received 99 complete applications from companies who want to participate in the forward auction part of the process.

Most of the applicants taking part in the forward auction are recognizable names in the telecom realm, including T-Mobile, Verizon Communications (NYSE:VZ) and AT&T (NYSE:T). However, The Wall Street Journal reported in early April about 30 applications of the total 104 applications, both complete and incomplete, which were filed by individuals without corporate ties. One of the individual bidders in the auction is James Hulce, who The Wall Street Journal reports is a 20-year-old man from Wisconsin. An e-mail interview with Hulce conducted by media and technology publication Media Consult indicated that Hulce, who had wanted to operate a telecom company, saw this as the last time that low-band spectrum might be made available for any wireless providers in the next decade.

Although most of the coverage of the FCC’s two-part spectrum auction has focused on the likely positive outcomes, some questions have been raised as to the usefulness of the particular band of spectrum being offered, in light of coming developments of telecommunications technologies. Reports on analysis of the spectrum auction coming from Wells Fargo (NYSE:WFC) analysts indicates that, although the low-end radio frequencies being offered in the 600 MHz range travel farther and penetrate obstacles better than high-end frequencies, it’s those higher frequencies which do a better job of transmitting more data over a short distance. This makes high MHz radio frequencies better suited for urban environments where dense pockets of consumers are hungry for data-rich services. As the world inches closer towards the coming of 5G wireless networks, which will require higher frequencies ranging from 6 gigahertz (GHz) up to 66 GHz, lower frequencies could become less valuable in time.

This is not the first spectrum auction conducted by the FCC; the agency has been conducting auctions for licenses on wireless spectrum since 1994. According to news reports, this does seem to be the most active spectrum auction period the FCC has ever conducted. The Wall Street Journal reports that no previous FCC auction had attracted more than nine individual applications, although that doesn’t include corporate applications. FCC records on past auctions indicate that the most licenses issued in one auction were the 15,514 licenses in a paging auction conducted between October and December of 2001. The highest level of net winning bids came in early 2015 after a two-and-a-half month Advanced Wireless Services auction took in more than $41 billion in winning bids.