Misappropriation of a Trade Secret Under the DTSA 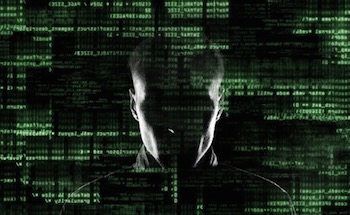 On May 11, 2016, President Obama signed into law the Defend Trade Secrets Act (“DTSA”), which became effective that very same day. The DTSA amends the Economic Espionage Act of 1996 (“EEA”) to provide for civil remedies in federal courts for the misappropriation of trade secrets. My previous blog on the DTSA addressed the definition of a “Trade Secret” under the DTSA (see IP Watchdog, May 24, 2016), this will address what it generally means to “misappropriate” a trade secret under the DTSA.

The DTSA amends the definition of misappropriation from what was found in the EEA to bring the definition more in line with that of the Uniform Trade Secrets Act (UTSA) that has been adopted by almost all U.S. states. Indeed, apart of explicitly recognizing certain potential defenses that are discussed in the commentary of the UTSA, the DTSA is identical to the UTSA. According to the House Report, “The Committee intentionally used this established definition to make clear that this Act is not intended to alter the balance of current trade secret law or alter specific court decisions.”  House of Representatives, Report No. 114-529, April 26, 2016, at 14. Federal courts therefore, will look to state decisions involving the state’s version of the UTSA for guidance.

The misappropriation element of the DTSA reflects the tort aspect of trade secret law. The definition of misappropriation that was adopted by the DTSA from the UTSA includes a wide range of conduct from theft to violation of a preexisting duty owe by the defendant or even by some third party. Such a preexisting duty may be express, arising from a contract or implied, such as the duty of employees to protect the trade secrets of their employers. Thus, by sanctioning the acquisition, use and disclosure of a person’s valuable proprietary information by improper means, trade secret law minimizes “the inevitable cost to the basic decency of society when one … steals from another.”  Kewanee Oil Co. v. Bicron Corp., 416 U.S. 470, 487, 94  S.Ct. 1879, 40 L.Ed. 2d 315 (1974). Thus, the element of misappropriation reflects the understanding that “good faith and honest fair dealing, is the very life and spirit of the commercial world.”  Id. at 416.

In turn, under DTSA “improper means” include “theft, bribery, misrepresentation, breach or inducement of a breach of a duty to maintain secrecy, or espionage through electronic or other means.” This definition is identical to the definition in § 1(1) of the UTSA. Thus, the term “improper means” is not limited to those specified act, but includes any “means” that would be considered “improper.” This is consistent with the understanding that trade secret law is concerned with “good faith and honest fair dealing” in business. In any other words, any conduct that falls below the generally accepted standards of commercial morality and reasonable conduct may be considered “improper means.” Indeed, the classic trade secret case involving “improper means” directly reflected this aspect and involved flying over a chemical plant while under construction and taking photographs, which would have allowed a knowledgeable competitor to determine aspects of the trade secret manufacturing process. The court rejected defendants argument that they had committed no violation because they committed no trespass other illegal conduct or breached a confidential relationship, noting that defendants conduct did not involve reverse engineering or independent research. Instead, the court found that it improper to discover a process “without spending the time and money to discover it independently … unless the holder voluntarily discloses it or fails to take reasonable precautions to ensure its secrecy.”  E.I. DuPont deNemours & Co. v. Christopher, 431 F.2d 1012, 1015-1016 (5th Cir. 1970).

An interesting issue that will be addressed in a subsequent blog is whether and to what extent so-called “inevitable disclosure” doctrine will apply under the DTSA. Under this doctrine, injunctive relief may be obtained when facts establish that an employee with detailed and comprehensive knowledge of an employer’s trade secrets and confidential information goes to work with a competitor of the former employer in a position that is substantially similar to the position held during the former employment.  See e.g., PepsiCo, Inc. v. Redmond, 54 F.3d 1262 (7th Cir. 1995).  It has been widely condemned by California courts and other jurisdictions where policy and law favor mobility of labor. However, other states have applied it to situations and issued injunctions where it appeared that the defendant could not be trusted. Concerns that the doctrine will be part of the DTSA lead to language being included in the Act that would prohibit any injunction against “entering into an employment relationship” and requires that “conditions placed on such employment shall be based on evidence of threatened misappropriation and not merely on the information the person knows” or “otherwise conflict with an applicable State law prohibiting restraints on the practice of a lawful profession, trade or business.”  18 U.S.C. § 1836(b)(3).  While this language is intended to prevent the inevitable disclosure doctrine from creeping into the DTSA, it is still to be seen how the courts will interpret this limiting language.

Courts have recognized that a plaintiff in a trade secret misappropriation action may often have very little direct evidence that the defendant actually misappropriated the trade secret. The trade secret owner “takes a substantial risk that the secret will be passed on to his competitors, by theft or by breach of a confidential relationship, in a manner not easily susceptible of discovery or proof.”  Kewanee Oil Co. v. Bicron Corp., 416 U.S. 470, 490, 94  S.Ct. 1879, 40 L.Ed. 2d 315 (1974).  In response to this problem, courts have held that circumstantial evidence of “similarity” may be used to establish the misappropriation of a trade secret under the UTSA, similar to what has long been recognized under copyright law. For example in Stratienko v. Cordis Corp.,  429 F.3d 592 (6th Cir. 2005). the court noted that misappropriation and misuse of a trade secret “can rarely be proved by convincing direct evidence.”  Id. at 600. “Thus, requiring direct evidence would foreclose most trade secret claims from reaching the jury because corporations rarely keep direct evidence of their use ready for another party to discover.”  Id. at 601. After reviewing opinions from other circuits that have considered “circumstantial evidence concerning similarity of design plus access to the design to imply use by a defendant of a trade secret,” the court determined that circumstantial evidence may be used to establish a violation.”Id. at 600. Thus, once evidence of access and similarity is proffered, it is entirely reasonable for the jury to infer that the defendant used plaintiff’s trade secret.”