Innovation Lessons From a Billionaire

“I did not start out to be an inventor,” writes the billionaire inventor and spinal surgeon Gary K. Michelson in the preface to a newly-published book entitled The Intangible Advantage: Understanding Intellectual Property in the New Economy.

“I wanted to be a doctor,” he explained. “That’s all I ever wanted to be, ever since the day I sat at my grandmother’s kitchen table — I must have been seven years old — and smelled her flesh burning on the stove. You see, my grandmother suffered from syringomyelia, a crippling spinal disease that results in terrible back pain and the loss of sensation to pain and temperature in the extremities, especially the hands. When I saw the flames licking up through her fingers that day, I screamed, and she quickly doused her hand in the sink. 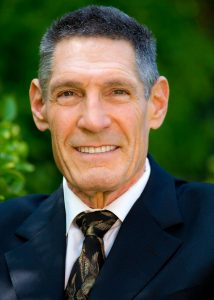 I don’t know if Dr. Michelson was ever able to “fix” his grandmother, but I do know that the spinal surgery tools and techniques that he invented over the course of his illustrious career have relieved the pain and suffering of millions of people.

But along the way, Dr. Michelson writes, “I quickly realized that I needed to patent my inventions to protect all the time, money, and effort that I had invested to develop them. If you don’t patent your inventions, especially in a competitive industry like medical devices, others will simply copy those inventions with impunity and sell them at a lower cost because they didn’t have to invest anything to develop them in the first place. That’s a great way to drive the innovators out of any industry and halt any further technical advances in that field.”

Eventually, Dr. Michelson obtained more than 950 patents worldwide for innovations that fundamentally changed the practice of spinal surgery. “Michelson tools” became so central to modern spinal treatment, in fact, that in 2005 the medical device company Medtronic purchased the majority of his patent portfolio of spinal surgery inventions for $1.35 billion.

That’s when he retired from medical practice and devoted his energies (and his philanthropy) to inventing new solutions to problems outside the world of orthopedics.

Which brings me to that highly-innovative book I mentioned at the beginning of this article. The Intangible Advantage: Understanding Intellectual Property in the New Economy is the first-ever popular text on intellectual property (IP) written not for lawyers but for ordinary citizens, especially college students. It is being made available for free (or at nominal cost, for some versions) by the Michelson 20MM Foundation. For the free iBooks version, go here or to your iBooks app store.

For the 99 cent Kindle version, go here or to the Kindle store.

And for the main Michelson 20MM Foundation resource page for all versions of the book, go here.

The book also comes with the first-ever series of popular 3-minute animated videos answering such common questions as “Can I Patent That?”, “Is it Fair Use or Infringement?” and “What If Someone Infringes Your Trademark?

Why is this such an innovative and important book?

As Dr. Michelson explains it, “Until now, intellectual property has been taught only in law schools or the occasional business school seminar. In today’s knowledge economy, however, this is no longer sufficient. That’s because over the last 40 years, intellectual property has grown from an arcane, narrowly-specialized legal field into a major force in American social and economic life. It comprises an astonishing 45 percent of total U.S. GDP today, and represents 80 percent of the market value of all publicly-traded companies in the U.S. “

Remember that scene in the 1967 movie “The Graduate” when Mr. McGuire (Walter Brooke) offers career advice to a young Benjamin Braddock (Dustin Hoffman)?

“Plastics!” he says. “There’s a great future in plastics.”

Half a century later, it’s intellectual property that is now the new watchword for almost any career of the future.

“Look around and you’ll see IP’s imprint everywhere,” writes Dr. Michelson. “The business pages are filled with headlines of corporate ‘patent wars.’ Art journals debate whether the artist Richard Prince’s appropriation of other people’s work is infringement or fair use. Music critics discuss the implications of the $7 million copyright infringement verdict against Robin Thicke and Pharrell Williams for allegedly borrowing certain musical themes from the work of soul singer Marvin Gaye. From Silicon Valley startups to Fortune 500 board rooms, from MIT engineering labs to Wall Street trading desks, and from college business seminars to debates in Congress over global trade policy, intellectual property issues now lie at the heart of almost every arena of modern life today.

“And as a result,” he insists, “any young person today who does not understand at least the basics of intellectual property — and its value and role in science, business, arts, and the professions — will find him or herself at a distinct disadvantage in the world of tomorrow.”

This book comes in several versions, suitable for different uses. The traditional ebook and print versions of The Intangible Advantage contain the full text — including the hidden history of the U.S. patent system as the world’s first democratized patent system — and is available in iBook, Kindle, ePub, and PDF formats.

There is also an enhanced interactive ebook version of The Intangible Advantage that contains the full text and links to the videos plus comprehensive learning assessment tools such as targeted Q&As for each section of every chapter.

Finally, The Intangible Advantage is also available as an online course for directed learners — whether they be college students in an intellectual property fundamentals course, users of the U.S. Patent and Trademark Office or the U.S. Copyright Office, executives working in corporate law and engineering departments, or entrepreneurs and independent inventors.

Principal author David Kline explains the hidden history and practical workings of the U.S. intellectual property system in popular and engaging prose. No doubt that has a lot to do with the fact that he’s not a lawyer but rather an ex-war correspondent-turned-business journalist who wrote “Rembrandts in the Attic,” the seminal work on patent strategy in corporate America published by Harvard Business Press.

(David Kline also coauthored my own book, Burning the Ships: Transforming Your Company’s Culture Through Intellectual Property Strategy published by Wiley in 2009).

Don’t think for a minute, however, that The Intangible Advantage is some dumbed-down short course in the vein of the “Dummies” series of books. This is a rigorous in-depth work that explains the complex practical workings of patent, copyright, trademark and trade secret law in easily-understandable (non-legalese) language. In fact, it’s so comprehensive and eye-opening that I guarantee you even IP lawyers and judges will learn things they never knew before about the hidden history and economics of intellectual property.

And although written by a non-lawyer, The Intangible Advantage has been closely vetted by an advisory board of leading intellectual property academics and practitioners including:

This important book and video series is being made available for free under the auspices of his Michelson 20MM Foundation, which seeks to make higher education more accessible by offering textbooks as well as new forms of interactive educational content for free online to college students.

His other charitable ventures include the Michelson Medical Research Foundation, which he launched with a $100 million grant to fund cutting-edge medical research considered too avant-garde to receive funding from conventional funding sources. He and his wife Alya Michelson also donated $50 million to the University of Southern California for a convergent bioscience center to pursue medical breakthroughs in cancer and other diseases.

Intellectual property lies at the heart of modern economic and innovation policy, including America’s relations with China and other major powers. As such, IP is not just for lawyers anymore. The Intangible Advantage makes it accessible to everyone.

As Gary K. Michelson concludes in his preface:

Marshall Phelps is Vice-Chairman of the Center for Intellectual Property Understanding, a non-profit dedicated to increasing IP awareness and improving attitudes. Phelps is a seminal figure in IP history, having established IP [...see more]