Is Enfish Much Ado About Nothing? 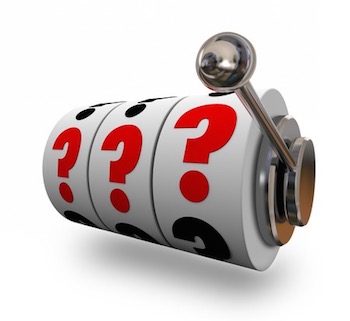 Enfish bothers me.  The Federal Circuit decision puts forth some great phrases that endorse patentable subject matter for software and for improvements in computer technology.  At first glance Enfish also appears be a Step 1 tool for avoiding Step 2 of the Mayo/Alice framework.  But when I delve into the decisional details, I simply do not like what I read.  The Enfish panel was heavily influenced by the “specification’s emphasis” of the “invention,” the specification’s stated “benefits over” conventional prior art, and the “specification’s disparagement” of the conventional prior art.  So when I look for ways to analogize the Enfish facts to other Step 1 characterizations, I rarely see specifications that emphasize the “invention” and its “benefits over” the “disparage[d]” prior art.  If examiners and the PTAB require strict adherence to the Enfish facts, I am thus skeptical that Enfish will help avoid Step 2 of the Mayo/Alice framework.

First, let’s start with the good.  The Enfish decision includes a paragraph that makes all owners of software patents breathe a sigh of relief:

The panel then focuses on Step 1 of the Mayo/Alice inquiry.  Step 1 “asks whether the focus of the claims is on the specific asserted improvement in computer capabilities … or, instead, on a process that qualifies as an ‘abstract idea’ for which computers are invoked merely as a tool.”  “In this case, however, the plain focus of the claims is on an improvement to computer functionality itself, not on economic or other tasks for which a computer is used in its ordinary capacity.”  The panel thus states that “the claims at issue in this appeal are not directed to an abstract idea,” but rather “they are directed to a specific improvement to the way computers operate, embodied in the self-referential table.”

Importantly, the panel disagrees with the district court’s characterization of the claims.  The district court construed the five claims at issue under §112, paragraph six and concluded that the claims were directed to the abstract idea of “storing, organizing, and retrieving memory in a logical table” or “organizing information using tabular formats.”  The defendant Microsoft also offered its own characterization.  “However, describing the claims at such a high level of abstraction and untethered from the language of the claims all but ensures that the exceptions to § 101 swallow the rule.”  Enfish, instead, finds that the claims “are specifically directed to a self-referential table for a computer database.”

At first I was encouraged. Enfish expressly rejects “such a high level of abstraction” that is “untethered from the language of the claims.”  I often encounter an Examiner’s Step 1 claim characterization that is so broad as to make Step 2 of the Mayo/Alice inquiry inevitable.  Indeed, recall that the Supreme Court condensed claim 33 of Alice (at approximately 200 words) down to the abstract idea of “intermediated settlement.”  So when I read that Enfish is narrowing the Step 1 claim characterization, I hoped Enfish would be a powerful tool.

Yet I was soon discouraged.  Even though Enfish narrowed the claim characterization (“specifically directed to a self-referential table for a computer database”), the panel heavily relied on the “specification’s emphasis” of the “invention,” its “benefits over” conventional prior art, and the “specification’s disparagement” of conventional prior art (emphasis added).  For example, the “necessity of describing the claims in such a way is underscored by the specification’s emphasis” of a self-referential table (emphasis added).  The “specification also teaches that the self-referential table functions differently than conventional database structures,” which are “inferior to the claimed invention.”  The specification states how the “database of the present invention” does not require certain structural features of the prior art.  “Moreover, our conclusion that the claims are directed to an improvement of an existing technology is bolstered by the specification’s teachings that the claimed invention achieves other benefits over conventional databases, such as increased flexibility, faster search times, and smaller memory requirements” (emphasis added).  Enfish even cites to the recent Openwave decision (summarizing “a specification’s disparagement of the prior art is relevant to determine the scope of the invention”).  The panel then concludes:

In sum, the self-referential table recited in the claims … [is] designed to improve the way a computer stores and retrieves data in memory. The specification’s disparagement of conventional data structures, combined with language describing the “present invention” as including the features that make up a self-referential table, confirm that our characterization of the “invention” for purposes of the § 101 analysis has not been deceived by the “draftsman’s art” (emphasis added).

I am thus concerned that Enfish will not be as useful as hoped in overcoming §101 Alice rejections.  The patents at stake in Enfish appear to have been written with a confident view of the prior art and of the invention.  So, if a specification does not confidently emphasize the “invention,” its “benefits over” conventional prior art, and “disparage” the prior art, will examiners and judges continue Step 1 characterizations at “such a high level of abstraction”?  Is Enfish merely much ado about nothing?