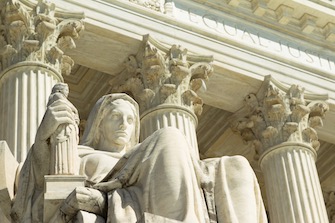 On Tuesday, May 31, 2016, the New York Intellectual Property Law Association (“NYIPLA”) filed an amicus brief arguing that the Petition for a Writ of Certiorari should be granted in MCM Portfolio LLC v. Hewlett-Packard Co., No. 15-1330. This case, together with its companion case Cooper v. Lee, No. 15-955, raises important questions regarding the constitutionality under Article III and the Seventh Amendment of the inter partes review of patent validity by the U.S. Patent & Trademark Office’s Patent Trial and Appeal Board (“PTAB”). While the NYIPLA took no position as to whether inter partes review ultimately should be found to be constitutional, the Association argued that it strongly believes that certiorari should be granted so that this Court can address the significance of patent rights being “property” to determine the constitutionality of PTAB proceedings under the America Invents Act (“AIA”).

In the case below, the U.S. Court of Appeals for the Federal Circuit found that the inter partes review proceedings devised by Congress in Leahy-Smith America Invents Act were constitutional. In determining whether Congress’ decision to have determinations of patent validity decided by Article I tribunals was a violation of the separation of powers set out in the Constitution, the Federal Circuit determined that patent rights were “public rights” under the test devised by the Supreme Court in Stern v. Marshall, 564 U.S. 462 (2011), and therefore determinations of patent validity could be delegated by Congress to the PTAB.

In its brief, the NYIPLA argues that that the Federal Circuit reached its conclusion without considering more than a century of precedent by the Supreme Court recognizing that an issued patent is a property right, at least for purposes of determining if a “taking” has happened. James v. Campbell, 104 U.S. 356, 358 (1882); see also Horne v. Dep’t of Agric., 135 S. Ct. 2419, 2427 (2015) (quoting with approval James). Since the Supreme Court has included property rights as the kind of rights that are usually considered private rights in the public/private rights analysis, Atlas Roofing Co. v. OSHRC, 430 U.S. 442, 458 (1977), the Federal Circuit’s conclusion that a patent is a public right rather than a private right is at a minimum questionable.

The brief also argues that this case and Cooper v. Lee are the appropriate vehicles for the Supreme Court to clarify this important issue. The NYIPLA believes that the popularity of IPRs, which have already led to the invalidation of over 10,000 issued patent claims, and the growing practice of filing IPR petitions in response to patent litigations filed in court, mean that any Constitutional issues or challenges should be dealt with as soon as possible to minimize harm to patent holders and to assure certainty in patent law for inventors, corporations and the public.

The following excerpt is taken from the brief:

This case presents an important constitutional question which the court below decided based on an incomplete analysis of this Court’s jurisprudence, and which is now appropriate for this Court to decide.   The essential underlying issue is whether the grant of a U.S. Patent by the U.S. Patent and Trademark Office is a “public right” or “private right” as explained by this Court in Stern v. Marshall, 564 U.S. 462, 485-86 (2011).   If it is a “public right,” then the new post-issuance Article I trial proceedings are likely constitutional. If it is a “private right,” then such proceedings are likely not.

In the case below, a three-judge panel of the U.S. Court of Appeals for the Federal Circuit decided that a patent is a “public right,” and that these Article I trial proceedings are not unconstitutional. MCM Portfolio LLC v. Hewlett-Packard Co., 812 F.3d 1284 (Fed. Cir. 2015). This decision was reached even though patent rights have a long history of being adjudicated in Article III courts. McCormick Harvesting Mach. Co. v. Aultman, 169 U.S. 606, 609 (1898) (“The only authority competent to set a patent aside . . . is vested in the courts of the United States.”); see also Markman v. Westview Instruments, Inc., 517 U.S. 370, 377 (1996) (discussing the availability of patent remedies in 1789).

Significantly, the Federal Circuit reached its conclusion without considering more than a century of precedent by this Court recognizing that an issued patent is a property right, at least for purposes of determining if a “taking” has happened. James v. Campbell, 104 U.S. 356, 358 (1882); see also Horne v. Dep’t of Agric., 135 S. Ct. 2419, 2427 (2015) (quoting with approval James).

The Association respectfully submits that this Court should not wait to address the issues raised in this Petition. To date, although litigants continue to raise these challenges below, courts have resolved them with decisions that summarily follow MCM without further discussion. Thus, if this Petition is denied, the decision below will likely be left as the final word on the constitutionality of this increasingly important post-issuance administrative trial proceeding that has invalidated more than 10,000 previously-issued patent claims since it first became available in September 2012.

Although the Association does not advocate in this Amicus Brief which position this Court should adopt, it strongly believes that certiorari should be granted so that this Court can address the significance of patent rights being “property” to determine the constitutionality of PTAB proceedings under the America Invents Act.

Charles R. Macedo, as counsel of record, David P. Goldberg, Co-Chair of NYIPLA Amicus Briefs Committee and Robert J. Rando, Treasurer of the NYIPLA were authors on the brief. Irena Royzman and David P. Goldberg are Co-Chairs of the NYIPLA Amicus Briefs Committee, and Robert Isakson is the Committee’s Board Liaison. The Association thanks Trevor O’Neill, a summer law clerk, who assisted in the preparation of this amicus brief.

Robert J. Rando is the founder and lead counsel of The Rando Law Firm P.C. Mr. Rando is a Fellow of the Academy of Court-Appointed Masters and, since 2004, has enjoyed the privilege [...see more]