The Business of IP: Choosing Between Patents and Trade Secrets 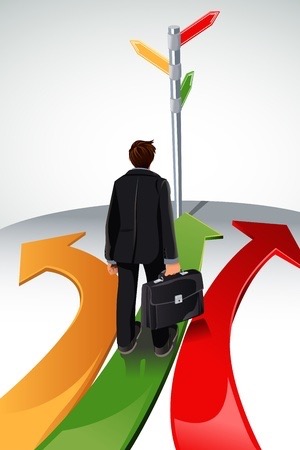 But before an attorney decides how to counsel a corporation on how to best protect its IP, she should examine the business data. Will the company commercialize solutions based on the IP in an aggressive manner? Or will it sell the offering in a more consultative approach? These remain a couple of questions a lawyer needs to ask, especially if she is an in-house practitioner.

“Part of my role is advising the business on IP strategy,” says Alexandra Letts, general counsel, Anaqua, an SaaS provider of IP asset management and IP lifecycle management software. “Specifically, whether there’s a competitive advantage to patenting new innovations in our software platform, or if we’re better suited protecting the piece of IP through trade secrets.”

Letts will ask, “If we protect the innovation, how offensively do we market it to prospects? If we keep it a trade secret, must we then be more opaque about asserting the technology?” The market landscape informs how she advises the Anaqua executive team on IP decisions, according to Letts.

Patents and trade secrets represent two of the most common methods to protect IP. However, the most astute lawyers know when to favor one over the other. Granted, the appeal of patents has a longstanding tradition in American law, dating all the way to the Patent Act of 1790. And by awarding exclusive rights to holders of their inventions, patents allow them to protect their IP from any type of infringement or copying—whether intentional or unintentional.

Even independent invention is no defense against patent infringement. And while all these facts remain valid, the process for determining whether to patent an idea is nuanced, according to Boris Zelkind, partner, IP law firm Knobbe Martens.

“Patents are often the most powerful source of protection for technological advances,” Zelkind says. “They protect against even innocent infringers, because no proof of copying is required. But patents expire, and the applicant must disclose the invention to the public. Trade secrets, on the other hand, can last forever. However, trade secret law does not prevent a competitor from reverse engineering the innovation or from independently discovering the secret.”

A key factor a company must consider in formulating its IP strategy is determining the ease with which the innovation can be ascertained by examining the final product, according to Zelkind.

Not Abstract: Software Hard to Patent

In addition, the U.S. Supreme Court has also made patents less effective for software with its 2014 Alice Corp. v. CLS Bank decision, invalidating patentability of abstract ideas not incorporated into something tangible. Thus, it made trade secrets more prominent.

“The past two to three years have seen trade secrets becoming increasingly more attractive than patents for many companies, especially in software,” says Kalyan Banerjee, director, UnitedLex, a leading global provider of intelligence-driven legal and intellectual property services. “Prime drivers are the changes brought on by America Invents Act and the Alice ruling. The shelf life of new software features is only a couple years, sometimes months. Such features risk becoming dated by the time a patent is issued, which on an average takes over three years.”

In the post Alice scenario, software patents are exceedingly difficult to assert and prevail in lawsuits, according to Banerjee. As a result, software companies increasingly opt for trade secrets over patents.

“This is particularly true for ‘back end’ software that is not visible to the public—making them more likely to be protectable as trade secrets,” says Brent Yamashita, IP attorney, global law firm DLA Piper. “But which is more likely to be considered abstract. However, trade secrets provide a remedy only if the competitor actually has had access to the trade secrets.”

Consider companies who have a manufacturing process that gives them an advantage over rivals. This type of IP cannot become patented as easily as more straightforward invention patents, according to experts. In those situations, schemes that involve secrecy and non-disclosure agreements (NDAs) remain more appropriate solutions.

“Typically clients will go with trade secret protection when their invention is a process that can’t be easily reverse engineered,” says Kathleen Lynch, IP attorney, Law Office of Kathleen Lynch PLLC. “Processes are more difficult to enforce in patent law, and those easily reverse engineered are more challenging to protect. A method—particularly in manufacturing—can be well protected, if it is maintained as a trade secret. That involves educating your work force on identifying the trade secret, and protecting it by limiting access and keeping the methodology confidential. This would include execution of NDAs by all parties.”

“For inventions that cannot be readily reverse engineered—for example product formulas—an inventor should consider maintaining the invention as a trade secret,” Wheelock says. “A trade secret is of potentially infinite duration—consider if John Pemberton had patented his formula for Coca-Cola back in 1886, rather than keeping it secret.”

And patents only have usefulness if infringement can be detected, according to Wheelock. And after the 20-year guarantee of IP protection by a patent expires, what then?

However, if a company never has any intention to seek patent protection outside of the United States, some law firms like Reed Smith will often advise clients to request non-publication. In this manner, if the USPTO disallows commercially meaningful claims, clients can abandon their patent applications without publication, which would teach competitors how to make and use their inventions, according to Marc S. Kaufman, Reed Smith partner, who assists clients in managing IP assets.

In the end, it’s not necessarily an either-or decision. During the 18-month filing period companies can benefit from trade secret protection and still preserve patent rights, according to Jim Gatto, partner, Sheppard Mullin Richter & Hampton LLP.

“If you only plan to file a U.S. patent application, you can file a non-publication request with your patent application, you can keep it secret for a long time—until the patent is granted and still maintain trade secret protection,” Gatto says. “If the trade secret protection is lost due to disclosure you can accelerate the prosecution and get a patent.”

Another consideration when deciding upon IP protection strategies exists in the form of cost. Patents cost tens of thousands of dollars while trade secret protection is essentially free, according to Kaufman.

In addition, with trade secrets there is no need to comply with formalities or any formal process. And as a result, they can take immediate effect, with no significant procedures or costs associated with their creation, according to Todd Dickinson, member of the national IP practice, Polsinelli.

Conclusion: When to Use Patents and Trade Secrets

If a company can reliably protect its patents via a trade secret and the secret would retain value for more than 15 years, trade secret protection could be the way to go, according to Andrei Mincov, a former IP lawyer and founder and CEO, Trademark Factory, a free trademark search service. “A patent is good for 20 years after the filing date, but it takes five years on average to get one,” he says.

When deciding whether to attempt to protect and exploit an invention under the patent regime, inventors and other innovators have to consider the pros and cons of patents, trade secrets and licensing their innovations, according to Michael B. Fein, member, Eckert Seamans Cherin & Mellott, LLC, a full-service national law firm. “The choice of patent vs. trade secret depends on likely patentability and the possibility of maintaining secrecy,” he says.