The Royalty Rate for a Subset of Standard Essential Patents – What Is Reasonable? 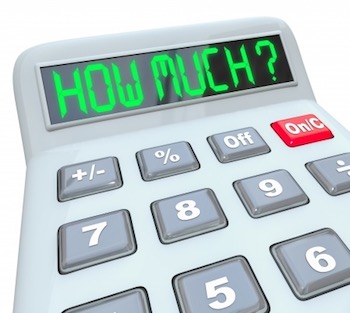 During litigation about standard essential patents, the court sometimes tries to determine the reasonable royalty for a small number of essential patents. In Microsoft vs Motorola, for example, the court determined the RAND royalty rate for a subset of the patents that are essential for the Wi-Fi standard (IEEE 801.11).

Two of the aspects to look at when determining the royalty for a fraction of the essential patents are:

In this article we focus on the second aspect and assume, optimistically, that it is possible to determine whether or not a cumulative royalty rate is reasonable.

There are issues with simple counting:

The Struggle With Patents That Are Essential But Not Infringed

A patent that the patent owner considers essential is not necessarily infringed. See, for example, page 110, of Microsoft vs Motorola:

How can a patent that is deemed essential for a standard not be infringed in a product that implements that standard? One possible explanation could be that the claim of essentiality is incorrect. That’s why it is important to document essentiality with a claim chart and ask an independent expert to verify that infringement of the patent claim is prescribed by the standard. But an independent verification is still no guarantee that court will agree that such a patent is really infringed by a product.

Another explanation is that the patent is essential for an option in the standard and that the product does not implement this particular option. Most technical specifications of interface standards have options, describing alternative methods to implement the standard. Manufacturers can choose one of the options and will not infringe patents that are essential for implementing another option.

When collecting royalties on normal essential patents, you only need to know the sales volume of products that implement the standard. When collecting royalties on optional essential patents, you will also need to know which technical options are used in each product. That is tough because companies don’t necessarily keep track of the product features and technical options used in their products.

A possible alternative is to test random samples of products in the market and gather statistics on the use of options. A lot of work, not very accurate, but it is objective.

The Struggle With Allocating Value to the Different Technologies

Do all essential patents contribute equally to the success of a standard? It seems natural to assume that one invention can be more inventive than another, or addresses a more important technical challenge. See, for example, Microsoft vs Motorola on page 188:

“Evidence at trial showed that each of the 11 patents provides very minimal technical contribution to the identified portions of the 802.11 Standard. Additionally, the record was clear that Motorola did not provide the inventive technology in any area of the 802.11 standard, but instead built upon already existing technology.”

Wouldn’t you agree that the break-through invention that made the standard possible is more valuable than patents on technologies for which alternatives existed at the time the standard was made?

One of the methods considered in Microsoft vs Motorola, is the so-called “incremental method”. Microsoft’s expert Dr. Kevin M. Murphy describes this method on page 28 as:

“What you’d ideally like to do is sit down and say: Okay, Kevin, you’ve contributed this piece of technology. Bob had this alternative piece of technology we could have used instead of yours. Yours was some increment better than his, that is the value you added, because we could have used his rather than yours, so your net contribution was that amount. And that’s what you should get as a reasonable royalty.”

This method has practical issues because you need to reconstruct what options were available at the time of standards development and what the consequences for the standard would have been if that alternative was selected. The court writes (page 27) “In practice, approaches linking the value of a patent to its incremental contribution to a standard are hard to implement”.

I also have an issue with the logic of the incremental method. Suppose you want to bake an apple pie. One grocer is selling Golden Delicious and another grocer is selling Cox’s Orange Pippin. Both are equally suitable for your pie. Would you argue with the grocer that he has to give you the Golden Delicious for free because you could also have chosen the equally suitable Cox’s Orange Pippin?

Apart from the practical problems and the questionable logic, the incremental method also suffers from the misconception that standards are collections of pre-existing technologies, contributed by the participating companies and stapled together.

Maybe it helps to look how standards are developed and see how inventions help create standards.

The Reality of Standards Development – How Patents Become Essential

Technical specifications for interface standards such as Wi-Fi, DVD, or GSM are complicated. They take years to develop and fill hundreds of pages. Wi-Fi development started in 1990 with the establishment of the IEEE 802.11 group and the first standard was approved 7 years later, in 1997. It takes long because it is a major engineering effort.

The technical specifications for interface standards are typically developed as follows: 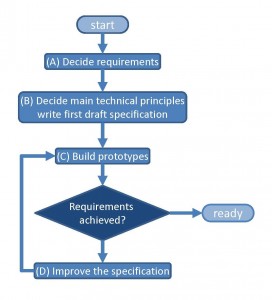 And then go back to step C until the participants in the standard development group agree that the technical specification is ready. The Qi standard for wireless battery charging, one of the standards I worked on, went through 10 revisions before the 1.0 version of the technical specification was approved. Sometimes you have to go back to step B if you cannot achieve the requirements and another approach is likely to get you closer. You may even have to go back to step A (and settle for requirements that are easier to achieve) when you run out of ideas or out of time.

The choices made in steps B and D determine which patents become essential.

Or this question: “What is the value of an invention that solves a problem that blocks adoption of the standard?” That must be 100% of the value if there is no alternative solution available. But what about the value of other essential patents?

Patent pools also assign value to individual essential patents because they need a method to split royalty income between the patent owners. I have, however, never seen a pool that tries to distinguish the value contributed by each individual patent on the basis of the technical contribution, the availability of technical alternatives, or the differences in ‘inventiveness’. Without a practical method to determine the technical contribution objectively such a calculation will lead to endless debate between the owners of the patents in the pool.

Counting patents is much easier. And to avoid discussions between the participants about the essentiality of each other’s patents, most patent pools only include patents that are deemed essential by an independent expert.  With that starting point you can fine-tune the rules for sharing royalty-income.

For a global license program, for example, it makes sense to count patent rights per country and split royalties depending on the number of patents in country of manufacture and country where the product is used.

To prevent patent owners from gaming the rules by artificially increasing their number of patents, you could decide to count all divisional patents, derived from one first filing, as one patent.  This still assumes that all essential patents are equal.

If you want to treat patents that are essential for an option in the standard differently, you can use market research to determine the percentage of products that implement that options, or ask licensees to report on the options that are used in each product they sell.

Patent pools can also allocate more value to essential patents that have been tested in court and found both valid and infringed by products that implement the standard. They can allocate more value to these ‘proven patents’ because patents that are declared essential by an independent expert are not necessarily valid, and not always infringed. The expert does not look at validity, and the expert may be wrong about infringement. Potential licensees can challenge both validity and infringement in court and may win that argument. A patent pool will have a hard time collecting royalties when none of its patents survive the inevitable validity and infringement challenges. On this basis one can argue that the royalties collected in the pool are predominantly generated by the pool’s proven patents.

If the participants in a pool would want to differentiate the value of individual essential patents, they could, hypothetically, count the patents as follows:

This example illustrates one possible method to establish rules that objectively allocate value to individual essential patents, but only within a patent pool.

Interestingly, if you apply this method to calculate the share of a cumulative royalty, a patent owner licensing a small sub-set of all essential patents can try to justify setting a rate close to the maximum reasonable cumulative rate when other patent owners are not asking for royalty payments, or not enforcing their patents.

Menno Treffers has lead standards development organizations and created patent license programs. He is chairman of the Wireless Power Consortium, an industry group that developed the Qi standard for wireless charging of [...see more]