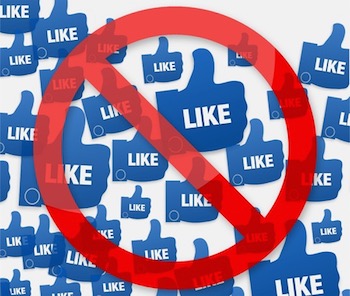 The social media platform developed by tech giant Facebook Inc. (NASDAQ:FB) might be the world’s most important media platform. About one-seventh of the globe’s entire population accesses this social network on a daily basis and even more login at least once every month. As Facebook’s most recent earnings report indicates, the number of daily users has risen steadily since the end of March 2013, when Facebook had 665 million daily active users. As of May 2013, 4.75 billion pieces of content were shared on Facebook every day. That number has almost certainly increased in the three years since that number was first reported.

Given the fact that so much is shared on Facebook, news reports that the social media company has been blocking content posted by users has been raising issues of censorship. In some cases, such as a photo of the Bataclan nightclub following last November’s terrorist attacks in Paris, Facebook has maintained that it’s following laws handed down by foreign governments by blocking offensive content. More recently, Facebook has become embroiled in a growing censorship scandal in America regarding content posted by politically conservative groups.

News that Facebook engaged in suppressing content from conservative groups was first reported by Gizmodo in early May. The online publication reported comments from former Facebook workers who said they were instructed to prevent stories on conservative figures and major conservative events like CPAC from appearing in the website’s Trending News section. Since that news hit, individual Facebook users and organizations alike have come out saying that they had posts banned for no better reason than the fact that they expressed a conservative point of view.

Although Facebook has issued an official company statement that its Trending News guidelines “do not permit the suppression of political perspectives,” the social network provider has drawn the ire of conservative leaders including Republican National Committee (RNC) Chairman Reince Priebus. A blog post published on the RNC’s official website called out Facebook for the reported censorship allegations: “It is beyond disturbing to learn that [Facebook’s] power is being used to silence viewpoints and stories that don’t fit someone else’s agenda. Censorship in any forms should give Americans who value their fundamental freedoms great pause.” A rebuttal to the RNC post was published that same evening on a Facebook post by Tom Stocky, VP of Search at Facebook. It reiterated the idea that Facebook doesn’t allow systemic discrimination of content and that the review guidelines for Trending News are under “constant review.”

It doesn’t help Facebook’s case that it appears to have little clue about how to run an effective newsroom. In a public Q&A last July about the then-recently launched Instant Articles news service for media publishers, Facebook CEO Mark Zuckerberg made comments indicating that quicker loading times for news articles available through its social network could be a great benefit to the media industry. However, another report quoting anonymous Facebook news curators and published by Gizmodo a few days prior to the censorship allegations told a story of poor employment conditions for news curators, independent contractors working out of the basement of Facebook’s New York City offices on a project in which curators felt highly disposable. A separate account given by a former Facebook news curator and published by The Guardian called the job “the most toxic work experience of my life.” Poor management enabled others to use intimidation and sexism to seep into the workplace and the anonymous curator, one of 15 of the up to 50-member Trending News team to quit that position since 2014, alleged that issues brought up by her male colleagues were taken far more seriously than anything she brought to management’s attention.

This developing story may in fact be another indicator that Facebook is growing at a rate faster than CEO Mark Zuckerberg and the rest of the executive team has been able to manage effectively. We’ve recently reported on Facebook’s inability to make good on preventing illicit weapons sales through its social network. Zuckerberg wanted Facebook to be a basic provider of news consumption, a natural extension of Zuckerberg’s vision of Facebook as a basic Internet service used by every human being which he expounded upon at the most recent F8 developer’s conference. But if anonymous reports are to be believed, the company has done a poor job of understanding how to build a healthy culture for responsible journalism. It’s even more telling that curator remarks from the initial Gizmodo report on censorship allegations indicate that the censorship isn’t required by management but instead reflects the personal opinions of whoever is working at a given moment. Facebook may be unaware of news censorship among its curators, but it’s also unaware of heavy machine gun sales among its users and that doesn’t make that issue any less dangerous.

Zuckerberg has been responsive to this issue, publishing online statements and even meeting with conservative commentators including Glenn Beck, Dana Perino and an adviser for presumptive Republican presidential nominee Donald Trump. Conservative online publication Breitbart News, one of the alleged censorship victims, turned down an invitation from Facebook to attend the meeting, with one blog post on the issue stating “We have zero interest in a Facebook photo-op.”

On the other side of the aisle, liberally-minded politicians have taken social media by storm over the course of the past decade. Since Howard Dean’s 2004 presidential campaign, which made heavy use of the social networking portal Meetup along with a network of bloggers, social media savviness has almost been a prerequisite of earning the Democratic Party’s nomination for the presidency. Barack Obama’s own successful use of social media platforms in his past campaigns and his heavy reliance upon Twitter to engage with voters have been noted in media reports. Last November, Obama launched the first official Facebook page for the U.S. President to create what an official White House blog post called “a place for conversations with the American people about the most important issues facing our country.” The post specifically mentioned climate change as such an issue and it’s well-known that the issue is a politically divisive one. In the current election cycle, Democratic candidate Bernie Sanders’ nomination hopes may dangle by a thread but it’s a thread which would have been severed long ago without successful social media campaigns and the large crowds they’ve encouraged to attend Sanders campaign events. Even critics of Trump have acknowledged his “social media prowess” and how it has allowed him to grab voter attention for a fraction of what other candidates have spent on advertising.

It’s worth noting that allegations of censoring conservative points of view extend beyond Trending News and suggest the idea that there is a tendency towards active censorship of conservative topics and not just the passive removal of headlines from Trending News. Fox News correspondent Todd Starnes published a personal post on the conservative blog Townhall about content he had posted to Facebook in 2013 which was blocked and taken down by the company because it violated Community Standards; the post contained no direct threats, hate speech, nudity or graphic content and despite people’s personally charged views of the National Rifle Association (NRA), it’s not a “dangerous organization” in the way that Facebook’s Community Standards defines one. Starnes himself had previously reported on the blocking of a conservative Facebook group after a post which was critical of former Obama press secretary Jay Carney. Facebook later apologized and removed the blocks, but this echo of censoring conservative views continues to grow. Online conservative media in Canada have also reported on blocked content critical of Canadian Prime Minister Justin Trudeau and conservatives in both countries have noted that liberal content including coarse language directed at conservative leaders never seems to be the victim of censorship. This trend and the suggestion of active censorship are conclusions drawn largely by the conservative blog MRCTV, but the individual reports are corroborated by major news outlets like USA Today and The Washington Post.