A Legislative History of the Defend Trade Secrets Act of 2016 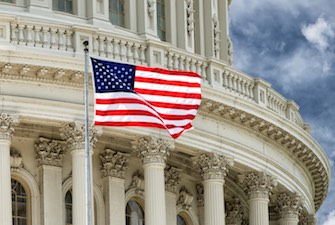 The Defend Trade Secrets Act of 2016 (DTSA), passed by Congress in April 2016, and recently signed by President Obama, creates a federal civil cause of action for trade secret misappropriation.  Its most notable components include civil remedies modeled on the Uniform Trade Secrets Act (UTSA) and an ex parte seizure akin to that in federal  trademark law.  Despite its speedy passage, the DTSA generated a significant, if mercifully brief, legislative history.  Legislative history is, of course, the compilation of the legislative process’ source documents—committee reports, hearing transcripts, bills and floor debate—to understand the Congressional intent behind a law.  Such a use is controversial, with no less than the late Justice Antonin Scalia being a leading critic of the practice while Justice Stephen Breyer is one of its most notable proponents.  However, lawyers and judges continue to employ legislative history, in some fashion, and will likely turn to it to understand and interpret a law of this magnitude. This article surveys the more significant legislative history documents available for the DTSA.  (I have compiled and made available a full list of legislative history documents on a libguide at my library’s website).

Since the bill that became the DTSA, S. 1890, was a Senate bill and was passed by the House with no amendments, it is tempting to view it as solely a Senate sponsored effort.  In fact, the legislative work was bicameral.  Though an early version of the DTSA was introduced in the Senate in the 112th Congress, with the Protecting American Trade Secrets and Innovation Act of 2012, and Senators built on this legislation two years later with the Defend Trade Secrets Act of 2014 , it was a House bill, the Trade Secrets Protection Act of 2014, that provided the framework for a federal civil remedy for trade secret theft, which the DTSA would fill in.  The most notable aspect of this bill was filling out the ex parte seizure procedure, cribbed from the Lanham Act, with some modifications, where the Senate bill, from the same Congress, had pretty much incorporated the Lanham Act by reference.  While S. 1890 was the vehicle which Congress chose to pass the DTSA in the 114th Congress, the House had also introduced a similar companion bill, H.R. 3326, which shows both chambers were working from the same page.

There are three hearings most closely associated with the legislation: one before the House Judiciary Committee’s Subcommittee on Courts, Intellectual Property and the Internet  in 2014, one before the Senate Judiciary Committee’s Subcommittee on Crime and Terrorism that same year and one before the full Senate Judiciary Committee in December, 2015.  Though hearings have been viewed as having limited value toward understanding Congressional intent, those associated with the DTSA can be helpful toward understanding why Congress included certain provisions.  For example, a witness at the  2014 House hearing noted practical and technical concerns about the seizure of third party data storage containing misappropriated trade secrets.    The House bill, Trade Secrets Protection Act of 2014, introduced a month later, included a provision that addressed such concerns—a limitation that the ex parte seizure could only be conducted against a party who misappropriated the trade secret and was in possession of it.  The link between the testimony and the provision can be found in a discussion of the ex parte procedure in the House Report that accompanied the bill:

The requirement in subclause (IV) protects third-parties from seizure.  For instance, the operator of a server on which another party has stored a misappropriated trade secret, or online an intermediary such as an Internet service provider, would not be subject to seizure because that party did not misappropriate the trade secret. The court may decide to issue an injunction preventing disclosure of the trade secret, but not a seizure order under this provision.

Not only did the House version of the seizure provision make it into S. 1890, but this interpretation from the report was repeated in subsequent committee reports as well, for reasons that will be discussed shortly.

Though the DTSA’s reports often explain the bills reported out of committee by repeating bill text, they are helpful toward understanding Congress’ motivations and how they expected the law to work.  With the ex parte procedure, for example, the Senate and House reports for S. 1890 express that this remedy is to be used in “extraordinary” circumstances and then provide some description of situations that constitute “extraordinary” and those that don’t.

For example, this authority is not available if an injunction under existing rules of civil procedure would be sufficient. The ex parte seizure provision is expected to be used in instances in which a defendant is seeking to flee the country or planning to disclose the trade secret to a third party immediately or is otherwise not amenable to the enforcement of the court’s orders.

The committee reports for S. 1890 also contain statements explaining other provisions as well, for example the additions of protections to worker mobility and “whistleblowers”making trade secret disclosures to law enforcement authorities.

Senators and Representatives made floor statements as well, which are available in the Congressional Record.  These include an introductory statement for the original Senate trade secrets bill from the 112th Congress, and supportive statements for the DTSA in the Senate and in the House.   The latter are mostly descriptive, and congratulatory, and pronounce the reasoning behind the bill’s creation rather than a substantive description of the measures within it.

It is conceivable that the legislative history from the passage of the DTSA is only the beginning of a full legislative history of the law.  The DTSA incorporates much of the UTSA’s substance, with some stylistic differences, elements of the Lanham Act’s seizure provisions and amends the Economic Espionage Act, with which it shares some definitions, the most notable being its definition of a trade secret.  It may well be that the finding Congressional intent for some elements of the DTSA may involve investigating the legislative histories of these laws as well.

With passage of the DTSA, the federal courts now take up the challenge of interpreting its provisions, work that could take years.  The DTSA’s legislative history may well play a role in those future decisions.  Even if it does not, the law’s legislative history can still provide practitioners with valuable information about the mechanics through which Congress sought to achieve its goal– federal civil cause of action for the misappropriation of trade secrets.

John Cannan is a research and instructional services librarian at the Drexel University Thomas R. Kline School of Law. He received his law degree from the University of Maryland, School of Law [...see more]