David P. Ruschke to become next Chief Judge of PTAB 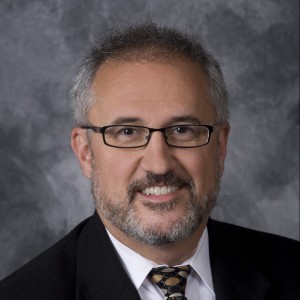 The United States Patent and Trademark Office (USPTO) yesterday announced the appointment of David P. Ruschke as the next Chief Judge for the Patent Trial and Appeal Board (PTAB). Ruschke will begin his new role at USPTO headquarters in Alexandria, VA, on May 23, 2016.

“The Patent Trial and Appeal Board plays a critical role in the patent ecosystem, especially since the launch of post-grant trials authorized in the America Invents Act of 2011,” said Under Secretary of Commerce for Intellectual Property and Director of the United States Patent and Trademark Office Michelle K. Lee. “David’s breadth of experience in global patent opposition proceedings and his deep understanding of intellectual property positions him perfectly to lead our Board well into the future.”

“Director Lee has assembled a highly talented and hard-working team at the USPTO. I am excited to have the opportunity to join the talented judges and staff of the PTAB as we work together to serve America’s inventors,” said Ruschke.

Ruschke’s appointment allows Nathan Kelley to return to his position in the USPTO’s Office of the Solicitor to serve as the Deputy General Counsel for Intellectual Property Law and Solicitor. Kelley served as PTAB Acting Chief Judge for 10 months.

“I am grateful to Nate Kelley for the service he has provided our agency during his time with PTAB and I am pleased to again have his skill and expertise serving the agency and the public as the USPTO’s Solicitor.”

Ruschke comes to the USPTO after serving as Chief Patent Counsel of Medtronic CardioVascular located in Santa Rosa, CA, where he managed a team of 15 attorneys, agents, and paralegals, providing services and counseling on all matters related to intellectual property, including patent litigation, product clearances, patent prosecution, due diligence, mergers and acquisitions, licensing, third-party agreements, opinions, copyrights, and trademarks. Prior to taking the position of Chief Patent Counsel, Ruschke worked at Medtronic, Inc. at its world headquarters located in Minneapolis, MN, where he supported Medtronic’s Corporate Science and Technology division.

Previously, Ruschke was employed by the law firm of Covington & Burling in Washington, DC, where he engaged in patent litigation and prosecution, counseling, and opinion work in a variety of technical areas. David also clerked for the Honorable Arthur J. Gajarsa, Circuit Judge, and the Honorable Glenn L. Archer, Jr., former Chief Judge, of the United States Court of Appeals for the Federal Circuit.

Ruschke is admitted to practice in Maryland, North Carolina, and the District of Columbia, and he is registered in-house counsel in California. He is also registered to practice before the United States Patent and Trademark Office. He is a member of AIPLA, ABA, ACS, Phi Beta Kappa, and Sigma Xi.