How Patents Can Have a Multiplying Effect on a Startup Company 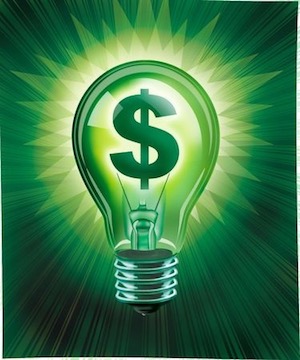 The best patents are those that multiply an investment and actually generate money on their own.

Some companies have devolved into purely research and development companies that license technology. The integrated circuit industry has almost completely changed to this model, where integrated circuit chips are designed in house, but the fabrication is done exclusively at third party foundries.

These are some ways the Fortune 100 handle their patent portfolios, and the same principles apply to startups.

The patent creates a multiplier effect to an investment.

The patent is the mechanism by which technology is transferred to different lines of business, some of which the startup might control directly, and some of which someone else might fund and control. In any event, these mechanisms are the gifts that keep on giving.

Outbound Licensing Into Other Verticals

Startup companies never have enough resources to attack all of the markets they want to enter, so why not have other people do some of that work?

A startup should be entering the markets that are easiest for them. Maybe the founder has experience in one end of the market, or the chosen market has the lowest barrier to entry. However, there are always more markets to attack than there are resources.

Many startup CEOs can lose sight of the other markets for their product. For example, a company may be attacking the high volume, low cost end of the market, but there may be lots of opportunity in the low volume, high value end as well.

If a company is positioned as the high volume leader, it may not translate well to the high value end. Maybe it makes sense to either spin out a separate brand as a wholly-owned subsidiary or to license the technology to a company already addressing the higher end of the market.

In either scenario, the patents are the mechanism by which the rights to the technology are transferred.[1] A license agreement may specify which markets they can enter and which markets they might need to leave alone. For some technologies, the wider they are adopted, even at a very modest or even no license fee, the better it might be for a business.

Franchising Solutions To Others One of the best ways to expand a brand is through franchising. In a franchise model, another entrepreneur gets the benefit of all the investment a startup entrepreneur made in building a business, then builds their own business on top of it.

A franchise can be a branded business, such as a conventional restaurant franchise, but could also be a business that operates in a different market. The other market may be geographical or a different vertical.

The key to a franchise model is that there is a separate business that pays a license fee to the patent owner, who is the licensor. The licensor controls the actions of the franchisee in order to preserve the branding and other goodwill that the franchise includes, and the patents allow the licensor to enforce the agreements.

A company solves many problems on their way to bringing a product to market. The solutions to these problems are often things that other companies will also have to solve.

Products that address these secondary problems are excellent candidates for spinning out businesses to further develop the technology. These spin out companies can be wholly-owned subsidiaries or have separate ownership. Like with franchising, the technology gets transferred to a spin out company by a license to the patents.

The type of business deals that can be done with patents are virtually endless; one example is an agreement made with suppliers.

A vendor may manufacture a product for a startup. The startup, having little money but having a patent, may negotiate a limited license agreement with the vendor.

For example, a vendor may wish to add the startup’s product to their product line. A startup may negotiate a limited exclusive license that would allow the vendor to sell the product in a specific vertical market, and the vendor will invest capital to build a manufacturing plant.

The license agreement may give the vendor a right to enter a market that the startup was not even considering, and may include an agreement that the vendor will produce samples or production quantities for the startup to sell in a different vertical market.

In such a deal, the patents are the only item pledged by the startup, but in return the vendor pledges a capital contribution along with some services.

The holy grail of patents is “standards-essential” patents, where the technology is baked into standardized products. Virtually all of the standard computer and network interfaces are licensed under patent pools.

Patent enforcement has been a part of the landscape since the days of the mechanical sewing machine in the mid-1800s. There were a handful of essential patents that stopped a group of infringing companies from proceeding. A patent pool was created called the Sewing Machine Combination to license seven essential patents to the industry.

Since then, notable patent pools were formed by the Wright Brothers and Curtiss Company in airplanes, color TVs in the 1960’s, and many others. Today’s technologies such as JPEG, MPEG, Bluetooth, virtually all IEEE standards, and many other industry standards are all licensed through patent pools.

Today’s patent pools are highly organized groups where patent holders submit their patents and a licensing organization grants licenses, collects a royalty, and disburses payments according to the value of the patents to the standard. These pools are open to any patent holder, including startup companies and independent inventors, but largely are run by giant corporations that design patent portfolios just for this purpose.

Standards essential patents are the holy grail of patents in today’s business landscape.

Most startups are focused on getting a product to market quickly, getting validation, and starting a revenue stream. Once there, the startups begin to scale.

If there is any chance that a startup’s technology – even a piece of it – could be incorporated into an industry standard, the patent needs to be investment-grade. In these situations, multiple patents would also be a good investment.

Note: This is an excerpt from “Investing In Patents” by Russ Krajec. Russ is CEO and founder of BlueIron IP, an investment company that finances patents for startup companies.

[1] In most of these types of outbound licensing deals, there may be trade secrets, ways of doing business, branding, and other intellectual property that is licensed, but the patents are often the only legally enforceable right that can be exercised to enforce the entire license contract.

Russ Krajec Russ Krajec is the CEO of BlueIron, a patent finance company, and author of Investing In Patents, which explains the BlueIron investment model. Russ is an angel investor, registered patent [...see more]