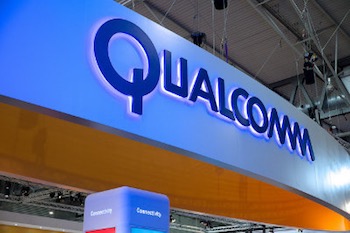 Qualcomm, Inc. (NASDAQ:QCOM) of San Diego, CA, is a multinational semiconductor firm that designs and markets wireless telecommunications products. Despite weak global demand for new smartphone products, Qualcomm’s technology licensing division has made a series of deals with Chinese handset makers which should bolster flagging profits through 2016. In early April, Qualcomm announced that it had entered into a licensing agreement with British vehicle systems developer Ricardo to commercialize Qualcomm’s Halo wireless electric vehicle charging (WEVC) technology as a charging system for electric vehicles developed by Ricardo. Elsewhere in the patent world, Qualcomm will escape further scrutiny in a patent infringement lawsuit filed by wireless solutions company ParkerVision of Jacksonville, FL, after the U.S. Supreme Court declined to hear an appeal from ParkerVision on that company’s initial 2013 victory over Qualcomm for $173 million in royalties, which was later overturned by a federal judge.

Commercial unmanned aerial vehicle (UAV), or drone, operations have been hitting regulatory snags at the Federal Aviation Administration (FAA) for a few years now, but Qualcomm recently received certification from the FAA to fly drones at 200 feet on its San Diego campus, the first-ever such approval for Class B airspace, which is highly restrictive airspace near a busy airport. Qualcomm Snapdragon processors have been developed for drone platforms, some of which will be used in UAVs racing in European Rotor Sports Association events. Qualcomm has also been building virtual reality (VR) capabilities into Snapdragon processors, giving the company 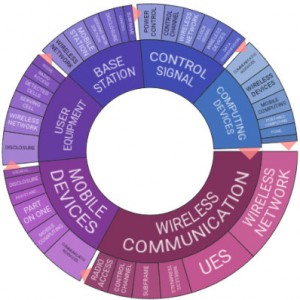 a good position in the consumer VR market, a sector experiencing notable growth as of this year’s Consumer Electronics Show.

2015 was a big step forward for Qualcomm in terms of its standing in the patent world. In that year, Qualcomm earned 2,900 patents from the U.S. Patent and Trademark Office, placing fourth overall among companies obtaining patents from the USPTO. This was about 200 U.S. patents greater than the number Qualcomm took home in 2014, when it placed eighth overall among companies earning U.S. patents. According to the patent portfolio analysis tools available through Innography, Qualcomm earned 738 U.S. patents during the first quarter of 2016, a quarterly pace of innovation which would edge slightly ahead of the company’s 2015 totals if it held up all year. The text cluster posted here shows us that much of this recent innovation has focused on wireless communication, mobile devices and user equipment.

Qualcomm continues to receive patents for technologies related to electric vehicles, as is evidenced by the issue of U.S. Patent No. 9285240, entitled EV Route Optimization Through Crowdsourcing. It claims a system for determining charging equipment availability through crowdsourcing which includes a computer memory storage device that stores executable computer programming instructions and a computer processor that executes the instructions to gather information including behavioral driving patterns from a plurality of electrically powered vehicles in a geographical region, display a plurality of charging stations in the geographical region, receive a request to obtain an occupancy status of electrical charging equipment at a charging station during a specified future time window, calculating a likelihood of the equipment at the charging station being unoccupied during a specified future time window and communicating the likelihood to a user. This improvement to vehicle navigation systems helps reduce the delay and resulting frustration felt on behalf of drivers seeking out limited EV charging stations. Vehicle communications are also at the center of the 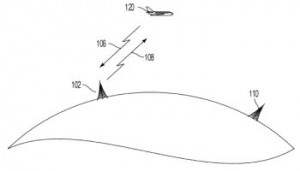 technology protected by U.S. Patent No. 9295006, which is titled Real-Time Calibration of Air to Ground Communication System. It discloses a method involving sequentially transmitting a sector wide pilot signal on a wide beam by each of a plurality of antenna elements of an antenna array of a ground base station during at least one calibration period, entering a calibration mode at an agreed time sent to an aircraft using the sector wide pilot signal, receiving forward link calibration coefficients over a reverse link from the aircraft from the aircraft to the ground base station in response to transmitted sector wide pilot signals and calibrating the ground base station antenna array based on a current position of the aircraft and according to the forward link calibration coefficients transmitted from the aircraft. This innovation allows airliners to provide Internet access to airplane passengers using more cost-effective air to ground communications systems.

High tech companies all over have been racing to get into the digital wallet sector and Qualcomm has improved its position in that market with the issue of U.S. Patent No. 9292870, entitled System and Method for Point of Service Payment Acceptance via Wireless Communication. It protects a method for processing a transaction with a merchant portable computing device (MPCD) by receiving customer data transmitted from a customer portable computing device (CPCD) by an MPCD running a payment application and comprising a hand-held mobile point of sale (POS) device for reading a machine-readable token presented on the CPCD’s screen, processing payment associated with a purchase transaction with the payment application on the MPCD using the customer data and transmitting payment information to a stored value amount server to verify the MPCD and the purchase transaction and complete the purchase transaction by verifying that the CPCD remains actively in the presentment mode before subsequently authorizing a transfer of funds. This innovation is designed to allow merchants or service providers to accept payments through a mobile device without adapting the device with new hardware or software. More wireless technologies, specifically those for wireless power transmission, are 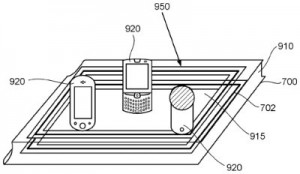 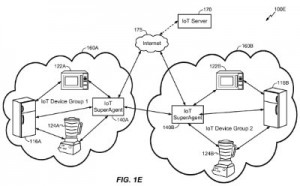 The Internet of Things (IoT) pops up in our coverage from time to time and we were intrigued to note a Qualcomm innovation in this field protected through the issue of U.S. Patent No. 9292832, entitled Collaborative Intelligence and Decision-Making in an IoT Device Group. It claims a method of transmitting a recommendation request message indicating a planned state transition to member IoT devices in an IoT group, receiving responses to the recommendation request message which include feedback on the planned state transition from member IoT devices and determining whether to initiate the planned state transition based on the responses to the recommendation request message. This system allows devices on an IoT network to make decisions using distributed intelligence contributed from other devices which may be impacted by an operational change in the first device. 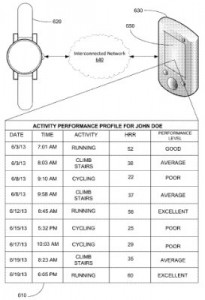 A larger array of communication options are afforded to mobile device users thanks to the technology outlined within U.S. Patent Application No. 20160094709, titled Intelligent Options in Redial Screens of Communication Devices. It claims a method of presenting communication options for a user device which involves collecting data corresponding to a plurality of communications options used by the user device to communicate with a contact and presenting a plurality of communications options in a presentation through an interface of the user device in response to a failed attempt to communicate with a contact, the communication options based on a probability of establishing a successful communication with the contact for each option. This technology is designed to help communication device users make more informed decisions on how to reach certain contacts. Communication devices with more intelligent responses to user inputs are also the focus of U.S. Patent Application No. 20160085440, which is titled Systems and Methods for Providing an Anatomically Adaptable Keyboard. It discloses a method of using a touch-sensitive input/output device to receive substantially simultaneous from an operator’s fingers at rest and in contact with the device, determining spatial parameters from the respective inputs and rendering a first set of keys on the device in response to the spatial parameters. This system is designed to fix drawbacks of conventional QWERTY keyboards used on touch-sensitive devices which might not accommodate a particular user’s hands or key preferences.

A technique for building tablet computers which users will perceive as being lighter in weight is described within U.S. Patent Application No. 20160087669, titled Dynamically Change the Center of Gravity of a Tablet. This would protect an apparatus in a mobile device with a component collection having at least one selected hardware component of the device configured for movement within the device and a sensor providing a signal corresponding to a position on the device where a user would grip the device. This innovation is designed to make users of tablet devices believe that the tablet is lighter in weight without actually reducing the size or mass of any components. 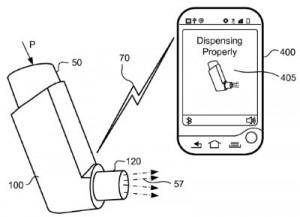 Finally, we took the time to explore a Qualcomm innovation for the medical sector which is explained within U.S. Patent Application No. 20160082208, which is titled Inhaler with Orientation Sensor. It would protect an inhaler for the oral delivery of medication having an actuation detector that provides an actuation signal in response to release of medication from the inhaler, an accelerometer measuring an orientation of the inhaler and a processor coupled to the actuation detector and the accelerometer that processes instructions performing operations that determines a quality of use of the inhaler. This technology is designed to ensure that an inhaler user is getting the proper dosage of medication during each use, which can vary based on the orientation of the inhaler as it is held by a user.