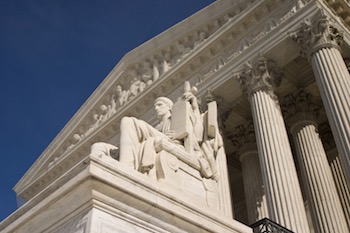 Inter Partes Reviews (IPR) have undeniably become the vehicle of choice for challenging the validity of a patent. We have witnessed stunning growth of IPR proceedings before the Patent Trial and Appeals Board (PTAB) since the enactment of the America Invents Act in 2011. The sheer volume of IPR petitions far exceeds original expectations when the AIA enacted IPR and other post grant proceedings. Now, litigation defendants commonly file an IPR to shift the forum for adjudicating patent validity from a district court to the Patent Office.

Without question, the landscape for scrutinizing the validity and value of patents covering billions of dollars of research and development has changed dramatically. In fact, since the September 2012 inception of the IPR program, patent challengers have filed 4,288 IPR petitions, which represent 90% of total AIA petitions. This drastically outpaces use of the inter partes reexamination system, which saw only 1,919 petitions between 2000 and 2013. Moreover, roughly 70% of IPR petitions are brought by petitioners who are also defendants in patent lawsuits filed in U.S. district courts. Given the widespread use of IPRs, as well as the significant linkage between PTAB and district court patent validity proceedings, it is imperative that IPRs are consistent, fair and reliable to ensure that these proceedings fulfill Congress’ objective of providing a surrogate for district court litigation in a court-like proceeding.

Enter Cuozzo Speed Technologies v. Lee, where oral arguments are set to go before the U.S. Supreme Court on Monday, April 25. This case has attracted significant attention from a wide range of companies, industry and legal associations, and academics with more than 20 amicus briefs filed in support of Petitioner or Neither Party, and many additional briefs supporting the Government. One of the most compelling issues at stake is the question of the proper claim construction the PTAB should use to assess the validity of patents in IPR proceedings. Specifically, the Court will decide whether the Federal Circuit erred in holding that, in IPR proceedings, the PTAB may construe claims in an issued patent according to their “broadest reasonable interpretation” (BRI) rather than their plain and ordinary meaning, as used by the judiciary in evaluating the scope of patent claims. The Court will also consider whether the Federal Circuit correctly held that the Director’s decision to institute an IPR is unreviewable, even after a final written decision. See In re Cuozzo Speed Techs., LLC,793 F.3d 1268 (Fed. Cir. 2015) (Cuozzo I).

In Cuozzo I¸ the Federal Circuit upheld the use of the BRI claim construction standard in adjudicative IPR proceedings, finding that the PTO Director has the authority to set the standard for claim construction based in large part on the PTO’s tradition of applying the BRI standard in the examination of patent applications and reexamination of issued patents. On the issue of reviewability of PTAB institution decisions, while the AIA specifically enables judicial review of a final written decision, the Federal Circuit found that the statute prohibits all review of the decision whether to institute review, arguably even in cases where the institution decision was flawed.

Judge Newman, in her dissent from the Federal Circuit panel majority’s ruling, cited the AIA’s legislative history in noting that “[t]he America Invents Act established new post-issuance patent review systems, for the purpose of ‘providing quick and cost effective alternatives to litigation.’” (Cuozzo I at 1284). In her view, it is inappropriate to use the BRI standard in IPR proceedings, since doing so “precludes achieving PTAB adjudication of patent validity comparable to that of the district courts, where validity is determined on the legally correct claim construction standard, not an artificial temporary ‘broadest’ construction.” Id. Judge Newman also took issue with the panel majority’s finding that IPR institution decisions are unreviewable, noting that such an outcome “further diminishes the role of the PTO as a reliable arbiter of patent validity.” Id. The five judge joint dissent from the denial of rehearing en banc also criticized the panel majority’s reliance on Congress’ purported implicit approval of BRI in enacting the AIA, arguing that “[t]his conclusion cannot stand, as it does, on a silent statute, a contrary legislative history, and a line of case law that counsels an opposite approach.” In re Cuozzo Speed Techs., LLC, 793 F.3d 1297, 1299 (Fed. Cir. 2015) (Cuozzo II).

Petitioner Cuozzo, in its opening brief, urges the Court to reverse the Federal Circuit’s judgment and remand the case to the PTAB for application of the “plain and ordinary meaning” claim construction standard. Cuozzo points out that the PTO rightly has long applied BRI in examinational proceedings before the patent issues such as initial examinations, reexaminations of unexpired patents, and reissues, where applicants may amend their claims as part of the iterative process with patent examiners. Given that Congress created IPRs as an adjudicative proceeding as a substitute for district court litigation, Cuozzo argues that use of a different claim construction standard in IPRs from district court is fundamentally at odds with Congress’ intent. With regard to the reviewability of the PTAB’s institution decision, Cuozzo asserts that the relevant section of the patent statute only prohibits interlocutory appeals of the PTAB’s institution decision when issued, but does not act as a complete bar to all review of the institution decision after a final written decision has been rendered.

In its response brief, the U.S. Government asserts that the Federal Circuit correctly recognized that Congress expected the PTO to evaluate patent claims in IPRs in the same manner that it does in all agency proceedings involving unexpired patent claims that still may be amended, as it has done for more than a century. In the Government’s view, the BRI standard is appropriate in IPRs, since the PTO would otherwise be forced to sustain a patent claim that it never should have issued in the first place. In this regard, the Government raised a potential incongruous result if it were unable to use BRI in IPR proceedings and instead used plain and ordinary meaning – after an IPR the PTO Director could commence an ex parte reexamination of the patent and cancel the claim using the BRI approach. And while acknowledging that IPRs are intended to provide an alternative to district court litigation, the Government points out that there are several structural attributes that demonstrate that IPRs are not intended to replicate judicial proceedings, such as the ability to amend claims, a lower burden of proof, and the ability of the PTO Director to intervene even if the parties have settled. The Government also forcefully argues that the patent statute bars all judicial review, not just interlocutory appeals, of the PTO’s decision whether to institute an IPR.

It is no surprise that the Supreme Court took this case, particularly given the Court’s ongoing interest in reviewing Federal Circuit decisions that apply special rules in patent cases that stray from general jurisprudence. As to the large volume of amicus briefs, the majority of filings generally support the position taken by Cuozzo on one or both of the Questions Presented. For example, an amicus brief filed by 15 prominent companies spanning industries (3M, Bristol-Myers Squibb, et al.) in support of Petitioner argues that the BRI standard is inconsistent with the language of the AIA and its legislative history, and that the PTO’s promulgation of the BRI rule is invalid. The amicus brief filed by IPO argues that the PTO’s use of BRI in IPR proceedings produces the anomalous result of the same government issued patent having two different boundaries in concurrent proceedings before the PTAB and the courts. The amicus brief of Microsoft and two professors seemingly goes beyond the Questions Presented by asking the Court to retire the plain and ordinary meaning banner in claim construction since the Federal Circuit has created deeply conflicting branches in the application of that approach. Even the amicus brief of the Federal Circuit Bar Association supports Petitioner in arguing that claims should be construed in IPR proceedings as they are in district court, and the PTAB’s use of BRI reduces certainty, predictability, and fairness in the patent system.

Several amicus briefs were filed in support of the Government, including multiple joint filings by technology companies and retailers, banking and financial services associations, and generic pharmaceutical companies and interest groups. In general, those briefs support the use of the BRI standard in IPR proceedings, and argue that Congress created IPRs to facilitate the elimination of weak patents and to be an extension of the PTO examination process. Additionally, several of these amici assert that the PTAB’s decision to institute an IPR is not reviewable under any circumstance.

If the Supreme Court’s recent track record in patent cases is a guide to the potential outcome in this case, it seems quite likely that the Court will not simply affirm the Federal Circuit’s decision. While the Government has set out some reasonably compelling points in support of its position, I believe the Court will agree in large part with Cuozzo and the overwhelming support of the many amici in the case that have set out significant problems and negative long term consequences to the patent system if the PTO’s current approach of using BRI in IPRs is not altered. I also believe the Court will reign in the PTO with regard to its position on reviewability of the PTAB’s institution decisions. A prohibition on judicial review in this context arguably would allow a U.S. government agency to exceed its explicit statutory authority granted by Congress. With many thousands of patents at stake protecting the value of significant research and development efforts across industries, the Court should take great care to arrive at an outcome that provides the greatest level of certainty, predictability and effectiveness for the newly created IPR proceedings.