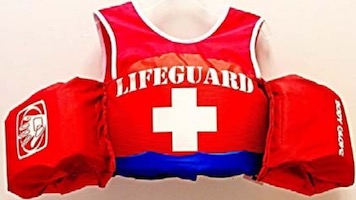 In an April 15, 2016 decision, the Federal Circuit vacated and remanded a district court stipulated judgment of non-infringement.  The underlying case arose out of an infringement claim raised by The Coleman Company, Inc. (“Coleman”) against Sport Dimension, Inc.  (“Sport Dimension”) for Coleman’s design patent directed toward a personal flotation device.  Sport Dimension filed a declaratory judgment action seeking a declaration from the district court that its products did not infringe Coleman’s design patent, after Coleman threatened to sue.

When the district court construed the scope of Coleman’s design patent, it eliminated a number of features, including armbands, because the court found them to be functional rather than ornamental.  As a result of that claim construction, and its application to the accused products, the district court entered a stipulated judgment of non-infringement.  On appeal, the Federal Circuit rejected Coleman’s claims that the features at issue were not functional, but found that it was an error to remove those features entirely from the patent claims.

Instead, the Court held that the district court must review the design disclosed in the patent as a whole, and consider whether functional elements contributed to the ornamentation of the design.  Although a design patent protects ornamental features rather than functional features, the claims are not limited solely to ornamental elements.  The combination of form and function to achieve an ornamental result is within the scope of a design patent. This is particularly true given that design patents are statutorily permitted to cover “articles of manufacture” which almost always serve a functional purpose.  Because design patents “protect the overall ornamentation of a design, not an aggregation of separable elements,” eliminating individual elements of the design from consideration was found to be improper, and the Court remanded for further proceedings.

Also contributing to this summary were Lindsay Henner and Puja Dave.