BRI and Phillips are No Different – Unified Patents Responds 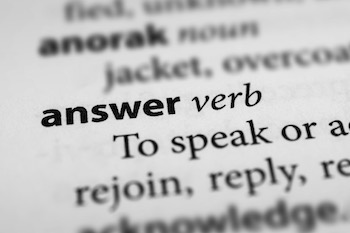 Unified Patents Inc. explained in its amicus brief in Cuozzo Speed v. Lee that “[t]he phrase ‘broadest reasonable interpretation’ describes the same procedure applied in both the PTO and by the courts.”  An inconvenient truth for Cuozzo — but a truth nonetheless.

Gene attacked Unified Patent’s position here last Sunday as “false on its face” and “unequivocally incorrect.” Those pejoratives miss the point of Unified’s brief. Unified did not argue that the courts and PTO both apply BRI in name; indeed, Cuozzo would lose his semantic gripe if that were the case. Rather, Unified argued that peeling away the BRI and Phillips labels reveals that both standards employ the same procedure. On this point, Unified’s position is hardly controversial, and Unified is hardly alone.

For instance, well-respected former Court of Appeals for the Federal Circuit (CAFC) Chief Judge Paul Michel (amicus in support of neither party) explained it this way (emphases added):

“[t]he putative claim construction standard between courts and the Patent Office is the same—with the one minor difference being that courts may apply disclaimers made by a patent owner during prosecution . . . while the Patent Office properly forces an applicant or Patent Owner to put the explicit text in the claims if it is not already there.”

In sum, apart from situations in which applicants/patentees are introducing disclaimers into an open PTO record (evidence that should always be disfavored over actual claim amendment), there is no doctrinal difference between BRI and Phillips.

Both the CAFC and the USPTO’s Patent Trial & Appeal Board (PTAB) consistently reinforce the coextensive nature of the frameworks.

In both venues, claims are construed consistent with the specification, as understood by a person of ordinary skill in the art, and the starting point for either forum’s construction is the plain and ordinary meaning of the claims (despite Cuozzo’s assertions to the contrary). See generally Phillips v. AWH Corp., 415 F.3d 1303, 1316 (Fed. Cir. 2005).

The BRI framework consists of the same features of claim interpretation based on Phillips. Compare Phillips, at 1312-1313 (“the words of a claim ‘are generally given their ordinary and customary meaning . . . the meaning that the term would have to a person of ordinary skill in the art in question at the time of the invention,’”) (internal citations omitted) with id. at 1316 “claims must be construed so as to be consistent with the specification, of which they are a part.”) (quoting Merck & Co. v. Teva Pharms. USA, Inc., 347 F.3d 1367, 1371 (Fed. Cir. 2003)).

In fact, the PTO emphasizes this same Philipps/BRI framework to every patent examiner and administrative patent judge it employs:

The CAFC has repeatedly emphasized the same commonality.

For example, in Microsoft Corp. v. Proxyconn, Inc., 789 F.3d 1292, 1298 (Fed. Cir.2015), the court stated that claim constructions during IPR must not be “unreasonable under general claim construction principles” (emphasis in original). In addition, claims should always be read in light of the specification and teachings in the underlying patent, the PTO should consult the patent’s prosecution history, and the construction “must be consistent with the one that those skilled in the art would reach.” Id. In Trivascular, Inc. v. Samuels, No.2015-1631, slip op. at 6–7 (Fed.Cir. Feb.5, 2016), the court stated—invoking numerous citations from earlier decisions (omitted here)—that “[u]nder a broadest reasonable interpretation, words of the claim must be given their plain meaning, unless such meaning is inconsistent with the specification and prosecution history.” In particular, “[w]hile the broadest reasonable interpretation standard is broad, it does not give the Board an unfettered license to interpret the words in a claim without regard for the full claim language and the written description. Id.

Rather than immerse themselves in authority that contradicts their fervent anti-PTAB beliefs, critics simply assume, that PTO claim interpretation that uses the word “broadest” must, therefore, be broader than the construction the courts apply. This simple reasoning might follow, until one realizes that each test was developed independent of the other, and one notes that the underlying frameworks are virtually indistinguishable. “Broadest” is not—and was never meant to imply—broadest relative to an alternative construction from the courts. Rather, “broadest” is contextual, relative to the patent specification, and as viewed by one of skill in the art—just like Phillips. Current and former patent examiners know this well. Both BRI and Phillips require a reasonable, technical construction in view of the intrinsic and extrinsic record. They simply serve different masters.

As demonstrated above, Unified Patents is not unique in its position that the BRI and Phillips frameworks are, properly applied, the same. Tellingly, aside from attacking the labels, neither Cuozzo nor any of his amici even attempt to identify any outcome-dependent difference in the frameworks. To his credit, Gene at least tries.

Contrary to the weight of authority, he points to a “critically important” difference between frameworks that was not identified by anyone else. That is, Phillips “specifically acknowledged and accepted the principle that a court construing patent claims should construe the claims, if possible, to preserve validity of the claims.” This is quite an exaggeration, even for this blog.

The Phillips court explained that the Federal Circuit has not “applied this principle broadly” [construing claims in favor of validity] and has “not endorsed a regime in which validity analysis is a regular component of claim construction.” Phillips, at 1327 (emphases added). The court thus went out of its way to denigrate construing claims just to save them. That is not to say that courts may not sometimes tend toward unduly narrow constructions proliferated by the parties. But to the extent that happens, it would be a shortcoming of the two-party litigation process, not BRI.

While the PTO and courts have occasionally differed in their claim constructions, those few differences are a reflection of, among other factors, the technical insight of the expert agency.   As technically and legally trained scientists and engineers, the PTAB analyzes each patent independently to assess the technical truth. Indeed, many PTAB judges have examined, prosecuted, and litigated patents themselves; many have been Federal Circuit clerks. That on occasion this insight results in a different outcome as compared to the “pick-a-winner” style of courts should not be surprising.

Here, Cuozzo wants to keep an earlier Phillips construction in which he was deemed the “winner.”

Changing the PTO’s claim interpretation practices would only allow those few patentees in possession of an earlier district court claim construction to head off the expert agency from doing its own thorough technical assessment. Such a result would undermine Congress’s goal of culling improvidently granted patents from the litigation landscape. Because claim construction is done using the same procedural guidelines in both the PTO and the courts under these standards, the phrase “broadest reasonable interpretation,” and the discussion it has sparked, is but a sideshow.

Unified Patents Inc. is a member organization dedicated to deterring non-practicing entities, or NPEs, from using extortive litigation tactics to extract settlements from operating companies based on patents that are likely invalid before the district courts and unpatentable before the PTO. Unified’s more than 115 members are Fortune 500 companies, small technology start-ups, automakers, industry groups, and others dedicated to reducing the unnecessary drain on the US economy of the now-routine baseless litigations asserting infringement of broad patents of dubious validity and patentability. Unified challenges patents, fights NPEs, and helps to reduce the costs companies incur fighting off their many dozens of annual NPE litigations.