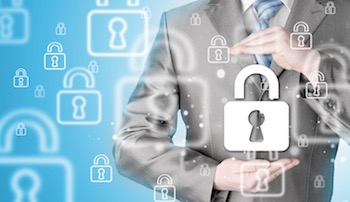 Last week, the United States Senate passed the Defend Trade Secrets Act of 2016 (the “DTSA”). If passed by the House of Representatives and signed by the President, the DTSA would for the first time grant owners of trade secrets a private right of action in federal court for the theft and misappropriation of trade secrets. While theft of trade secrets has been a federal crime since 1996, the United States has never enacted legislation granting to owners of trade secrets the right to commence civil actions in federal courts. Although trade secret owners have not gone entirely without civil remedies, as nearly all 50 states have enacted the Uniform Trade Secrets Act of 1979 (UTSA), the DTSA improves on existing state law in significant respects. First, the DTSA expands the universe of available remedies by providing for ex parte seizure orders that direct U.S. law enforcement officials to seize stolen or misappropriated assets. Second, under its expansive injunctive relief provision, the DTSA includes important mechanisms for preventing anti-competitive activity in the labor market. Third, although an initial period of relative uncertainty may ensue as the federal judiciary takes time to develop jurisprudence interpreting the DTSA, a national standard should guarantee greater predictability of legal outcomes. Thus the DTSA should ultimately benefit U.S. businesses. Accordingly, businesses would do well to familiarize themselves with key aspects of the DTSA, including how it differs from the UTSA.

Unlike the UTSA, the DTSA allows complainants to seek an ex parte order of seizure under “extraordinary circumstances.” The bill does not define “extraordinary circumstances,” although it does provide that ex parte seizures are unavailable where a temporary restraining order or other equitable relief would be sufficient to prevent damages, thus offering a clue as to where federal judges might begin when interpreting the meaning of this term. The DTSA seizure provisions also require that the alleged wrongdoer be in “actual” possession of the assets to be seized (i.e., the assets containing the trade secret, such as hard drives or paper documents). If the DTSA becomes law, the ability to obtain an ex parte seizure order would provide business owners with a new and valuable weapon against costly trade secret theft and misappropriation.

Where an ex parte order is unavailable under the DTSA, complainants may still seek injunctive relief. However, unlike the UTSA, which also offers injunctive relief, the DTSA includes language providing that an injunction is improper and not issuable if it: (1) prevents a person from entering into an employment relationship, or if conditions placed on employment are not supported by evidence of threatened misappropriation, or (2) otherwise conflicts with an applicable state law prohibiting restraints on the practice of a lawful profession, trade, or business. The Senate added these safeguards to quell fears that employers might abuse injunctions as a means for doing a run around local laws limiting the scope of restrictive covenants in employment contracts, thus inhibiting the free flow of labor. Another substantial difference distinguishing the DTSA from the UTSA—one which is very favorable to trade secret owners—is that DTSA injunctions lack any apparent time limitations. An injunction issued under the UTSA terminates once the trade secret has ceased to exist or any commercial advantage has subsided: the DTSA does not provide any similar limitation on the duration of the injunction. In sum, the DTSA language improves upon the UTSA by enhancing the ability of business owners to benefit from injunctive relief while ensuring that employees are not unduly harmed.

Notwithstanding the benefits the DTSA as describe above, there is at least one substantial downside to enactment. If the DTSA becomes law, it may render the potential outcome of future trade secret disputes more unpredictable. Crucially, the DTSA does not preempt either the UTSA or other local trade secret jurisprudence. The federal courts will thus need to contend with a host of local legal regimes governing everything from confidentiality agreements to rights of ownership. Consequently, it could take many years for the federal judiciary to develop its own trade secret jurisprudence, especially because federal courts will need to square federal law with local state law. In the meantime, businesses seeking to develop valuable information and resources protectable as trade secrets risk consignment to the legal purgatory of uncertainty. However, while the DTSA may create greater uncertainty for businesses confronted with somewhat uncharted jurisprudential territory, the overall benefits of having a nationally unified regime for trade secret protection should, in time, hopefully outweigh the initial “startup” costs.

Ultimately, American business would likely benefit from the unity, predictability, and greater protection that enactment of the DTSA would ensure. Additionally, in a highly globalized economy in which businesses face greater threats of intellectual property misappropriation overseas, states simply do not have adequate resources to pursue wrongdoers. Also, jurisdictional issues that arise in state actions may be eliminated or mitigated by having relief made available at the federal level, as out-of-state complainants could avoid local jurisdictions hostile to trade secret litigation by pursuing their claims in federal court. Ultimately, with enactment of the DTSA being almost certain, employers and legal practitioners would do well to understand its key provisions and the changes to the legal landscape that it will bring about.