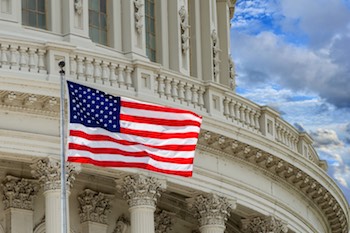 In a 2014 Heritage Foundation Legal Memorandum, I highlighted the growing problem of trade secret misappropriation faced by American businesses.  A trade secret is business information that confers value on its owner by virtue of its secrecy.  Trade secrets are the only major type of intellectual property (IP) that is not backed by U.S. federal civil remedies to compensate owners for theft.  Notably, American businesses face hundreds of billions of dollars in losses per year due to trade secret misappropriation, and the problem is worsening, as cybertheft (particularly from China) continues to grow in scale.  The 2014 Memorandum explained that an appropriately crafted federal trade secret law would help American victims recover damages for theft of their trade secrets, make it easier to stop thieves before they leave the country, and thereby strengthen the American economy, without undermining federalism.  I updated the 2014  Memorandum in a December 2015 IPWatchdog blog post, discussing key principles that a good federal trade secret law should promote, and recommending that Congress should seriously consider adopting proposals that advanced those goals.

On April 4, 2016, the U.S. Senate unanimously passed (by an 87-0 vote) S. 1890, the Defend Trade Secrets Act of 2016 (DTSA), and an identical companion bill (with 127 cosponsors, mostly Republican), H.R. 1326, awaits action in the House of Representatives.  What’s more, the Obama Administration has strongly endorsed S. 1890, stating that it “would establish a Federal civil private cause of action for trade secret theft that would provide businesses with a more uniform, reliable, and predictable way to protect their valuable trade secrets anywhere in the country.”  Accordingly, the DTSA represent a rare opportunity for bipartisan cooperation to strengthen U.S. IP rights, and merits close and respectful scrutiny.

In an April 6, 2016 IPWatchdog blog commentary discussing the DTSA, IP policy expert James Pooley highlighted what he deemed the primary benefits of the DTSA:

The DTSA does not preempt state laws, but provides trade secret owners with another, optional forum when the subject matter of the trade secret relates to interstate commerce. This means that local disputes will for the most part continue to be litigated in state courts, but for cases that can use the special advantages provided by nationwide service of process and a single set of rules across multiple jurisdictions, plaintiffs are likely to use the federal option. The DTSA will be especially valuable for the increasing number of trade secret cases that involve foreign actors, where there is a need for sophisticated discovery mechanisms as well as judges who are familiar with complex issues of personal jurisdiction and comity.

Now that Congress is very seriously evaluating the DTSA, another benefit of strong uniform federal protection for trade secrets merits close attention:  well-crafted legislation will promote competition and thereby enhance economic welfare.  The competitive process suffers when firms find that their property rights are insecure, because absent strong property rights protection, company-specific incentives to enter into mutually beneficial market transactions are reduced.  In particular, weak protection for IP rights reduces incentives to innovate, and creates risks for companies entering into business deals that involve IP – a particularly serious problem, given the increasing importance of IP in the information economy.  The situation is particularly acute with respect to trade secrets, because once a secret has been revealed, the added value it creates by virtue of its secrecy is destroyed.  In other words, the wealth-creating potential of markets is reduced when property rights, and in particular IP and trade secret protection, are less secure.

In addition to diminishing the welfare benefits achieved through market transactions, weak trade secret protection also raises the social costs associated with the trade secret system.  This further reduces the efficiency of (and welfare benefits achievable through) markets in which trade secrets play an important role.  In his seminal article The Welfare Costs of Tariffs, Monopolies, and Theft, the eminent economist Gordon Tullock explained that the welfare consequences of the income transfers stemming from theft include thieves’ resources devoted to theft, private property owners’ resources devoted to avoiding theft, and public police resources devoted to combatting theft.  A well-crafted federal trade secret law would diminish incentives to engage in trade secret theft (by raising the cost and likelihood of civil sanctions), thereby reducing resources dedicated to such theft.  Such a law would also somewhat lower the magnitude of the burden on companies as they combat trade secret theft (measured by the costs of duplicative and unsuccessful litigation in multiple state jurisdictions, and inefficient intra-company restrictions on trade secret use and dissemination, prompted by the current difficulty in obtaining redress from thieves).  Finally, a strong federal civil trade secret law, by somewhat diminishing the volume of theft, could somewhat reduce the public criminal law resources devoted to tracking down miscreants.

In sum, appropriately crafted civil trade secret legislation is no panacea, but it holds the promise of providing tangible benefits, not just to private trade secret holders, but to the overall economy.   In addition to vindicating property rights and protecting individual businesses, such legislation should enhance the effectiveness of the competitive process and thereby raise economic welfare.