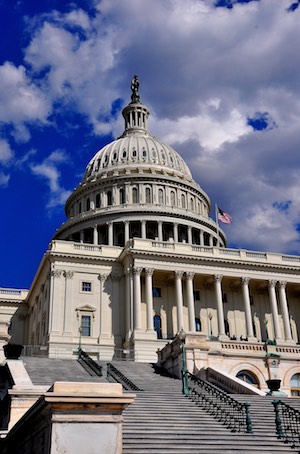 In today’s political climate, any bipartisan legislative action is, well, unusual. Unanimous votes are like unicorns. But one happened yesterday, as the Senate voted 87-0 to approve the Defend Trade Secrets Act, S.1890. The bill, which would add a private civil cause of action to the Economic Espionage Act, was promoted mainly by Senators Hatch (R, Utah) and Coons (D, Del.) but had attracted 63 other senators as co-sponsors. Just before the vote, the White House issued a strong statement in support of the legislation.

The DTSA does not preempt state laws, but provides trade secret owners with another, optional forum when the subject matter of the trade secret relates to interstate commerce. This means that local disputes will for the most part continue to be litigated in state courts, but for cases that can use the special advantages provided by nationwide service of process and a single set of rules across multiple jurisdictions, plaintiffs are likely to use the federal option. The DTSA will be especially valuable for the increasing number of trade secret cases that involve foreign actors, where there is a need for sophisticated discovery mechanisms as well as judges who are familiar with complex issues of personal jurisdiction and comity.

The most controversial feature of the DTSA has been its ex parte seizure provisions, which in extraordinary circumstances would allow a court to have federal law enforcement officials intervene to prevent the destruction or dissemination of the trade secret (for example, data stored on a disk). This part of the bill was patterned after the Lanham Act, but with significant additional restrictions to prevent abuse. Indeed, as I have emphasized before, getting a seizure order under these strict limitations will be so difficult, and the consequences of getting it wrong so severe, that only very seriously wronged plaintiffs will even make the application.

Some interesting amendments made it into the bill during the Senate process. One of those was a change to the standard for issuing injunctions against “threatened misappropriation.” Although the original language was taken directly from the widely-adopted Uniform Trade Secrets Act, there was some concern that when applied by federal judges this provision might be used to override state law rejecting the so-called “inevitable disclosure doctrine” and prohibit employees from leaving to work for a competitor. The amended bill addresses this issue by requiring that any injunction limiting employment has to be based on evidence of bad behavior, and not simply on the fact that the employee knows too much. In effect, the DTSA has re-framed the issue in terms that make the “inevitable disclosure” argument moot.

Another amendment that is likely to have a significant impact would provide immunity to employee whistleblowers who discover evidence of corporate wrongdoing but who fear that they might be sued for violation of their nondisclosure agreement. So long as their disclosures are made in confidence to a government official or contained in a sealed court filing, the DTSA would provide them absolute cover. This provision would neatly clarify an area of the law that has long been so ambiguous that it has likely suppressed evidence of criminal behavior that the government could not access in any other way.

Overall, the amendments to the DTSA have substantially improved the bill, which now heads to the House for consideration. Industry strongly supported the legislation in the Senate, and we can expect a similar push in the other chamber, where H.R. 3326 (identical to the Senate version before amendments) enjoys 127 co-sponsors from both parties.

Who knows? Maybe we’ll soon see a second unicorn in this forest.