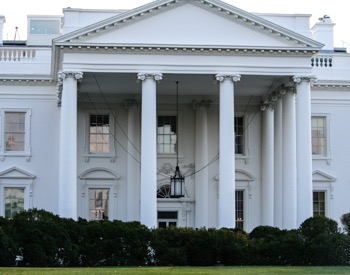 Earlier today the White House released a Statement of Administration Policy, which strongly supports passage of s. 1890, the Defend Trade Secrets Act of 2016 (DTSA). The  DTSA is authored by U.S. Senators Chris Coons (D-DE) and Orrin Hatch (R-UT) and cosponsored by nearly two-thirds of the Senate.

The Statement of Administration Policy relating to the DTSA reads as follows:

The Administration strongly supports Senate passage of S. 1890, the Defend Trade Secrets Act of 2016, and appreciates the bipartisan effort that led to the formulation of this bill. Effective protection of trade secrets promotes innovation that is the engine of the Nation’s economy and minimizes threats to American businesses, the U.S. economy, and national security interests.

S. 1890 would establish a Federal civil private cause of action for trade secret theft that would provide businesses with a more uniform, reliable, and predictable way to protect their valuable trade secrets anywhere in the country.

The Administration has placed high priority on mitigating and combating the theft of trade secrets, as exemplified in the Administration’s Joint Strategic Plan on Intellectual Property Enforcement, the Administration’s Strategy on Mitigating the Theft of U.S. Trade Secrets, and Executive Order 13694 authorizing sanctions on those who perpetrate cyber-enabled trade secret theft. S. 1890 would provide important protection to the Nation’s businesses and industries, including through the establishment of a Federal civil cause of action for trade secret misappropriation which would effectively build upon current Federal law and various State laws that have largely adopted the Uniform Trade Secrets Act. As such, the Administration strongly supports the Defend Trade Secrets Act of 2016 and looks forward to working with the Congress on this important piece of legislation as it moves through the legislative process.

Trade secrets are an essential form of intellectual property. Trade secrets include information as broad-ranging as manufacturing processes, product development, industrial techniques, formulas, and customer lists. The protection of this form of intellectual property is critical to driving the innovation and creativity at the heart of the American economy. Companies in America, however, are increasingly the targets of sophisticated efforts to steal proprietary information, harming our global competitiveness.

Existing state trade secret laws are inadequate to address the interstate and international nature of trade secret theft today. Federal law protects trade secrets through the Economic Espionage Act of 1996 (“EEA”), which provides criminal sanctions for trade secret misappropriation. While the EEA is a critical tool for law enforcement to protect the clear theft of our intellectual property, U.S. trade secret owners also need access to a federal civil remedy and the full spectrum of legal options available to owners of other forms of intellectual property, such as patents, trademarks, and copyrights.

The Defend Trade Secrets Act will create a federal remedy that will provide a consistent, harmonized legal framework and help avoid the commercial injury and loss of employment that can occur when trade secrets are stolen. We are proud to support it.

With such widespread, bipartisan support in the Senate, backing of key industry groups, and now strong support by the Obama Administration, the DTSA seems virtually certain to pass the Senate.

If you ask me, federal trade secret legislation is long over due. We no longer have a regional or even an national economy, and we haven’t for quite some time. For even the smallest of small businesses the marketplace is global. With a truly international economy it doesn’t make sense to continue to have 50+ separate trade secret jurisdictions between and among the States and U.S. territories. Furthermore, with the increased erosion of patent rights over the past decade the creation of a federal trade secret right of action seems more important than ever.

For more on the Defend Trade Secrets Act please see: